Between October 26 to November 19, 2021, the Resonancias artistic residency was held in Bosque Pehuén. This new cycle had three participants: Charlène Guillaume (designer), Fernando Matus de la Parra (composer) and Lina Gómez (choreographer and dancer), who conducted research on the materiality of the forest, the sound of birds and the movements of nature. 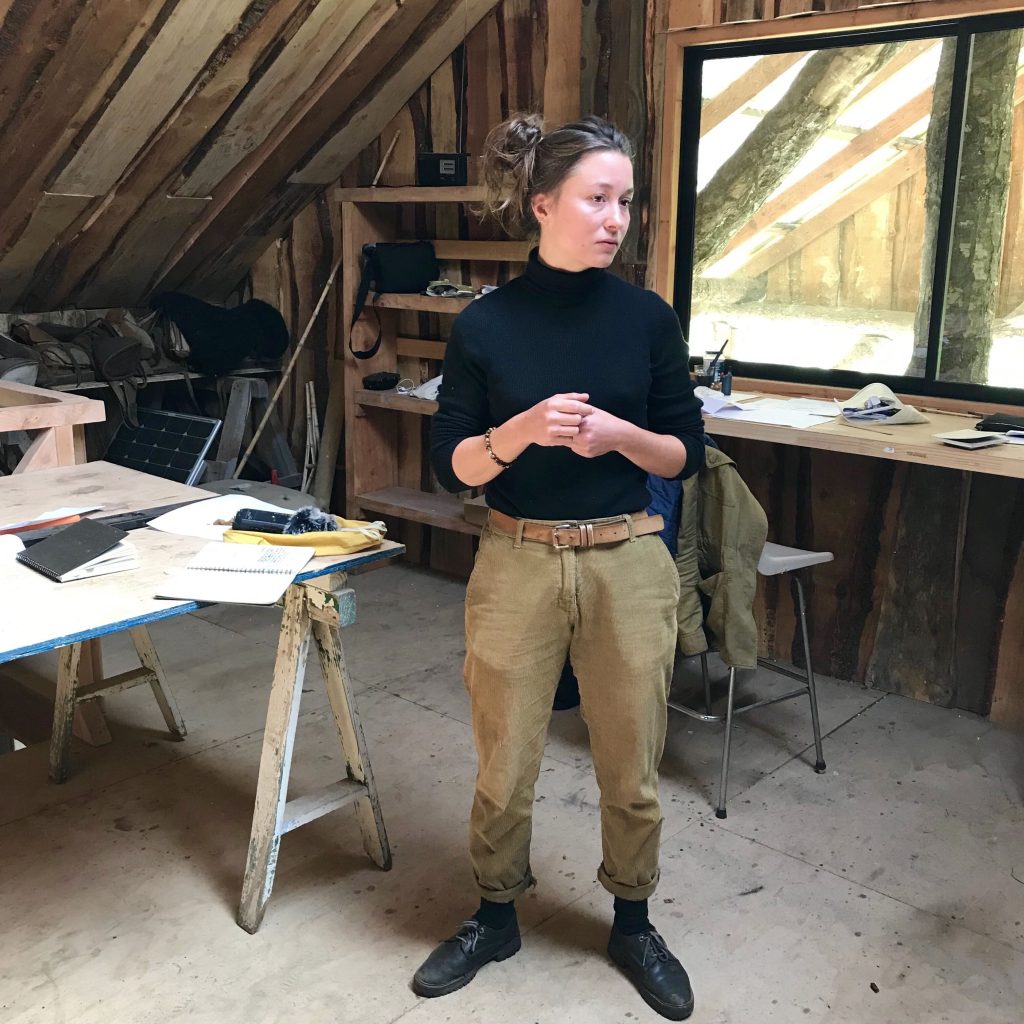 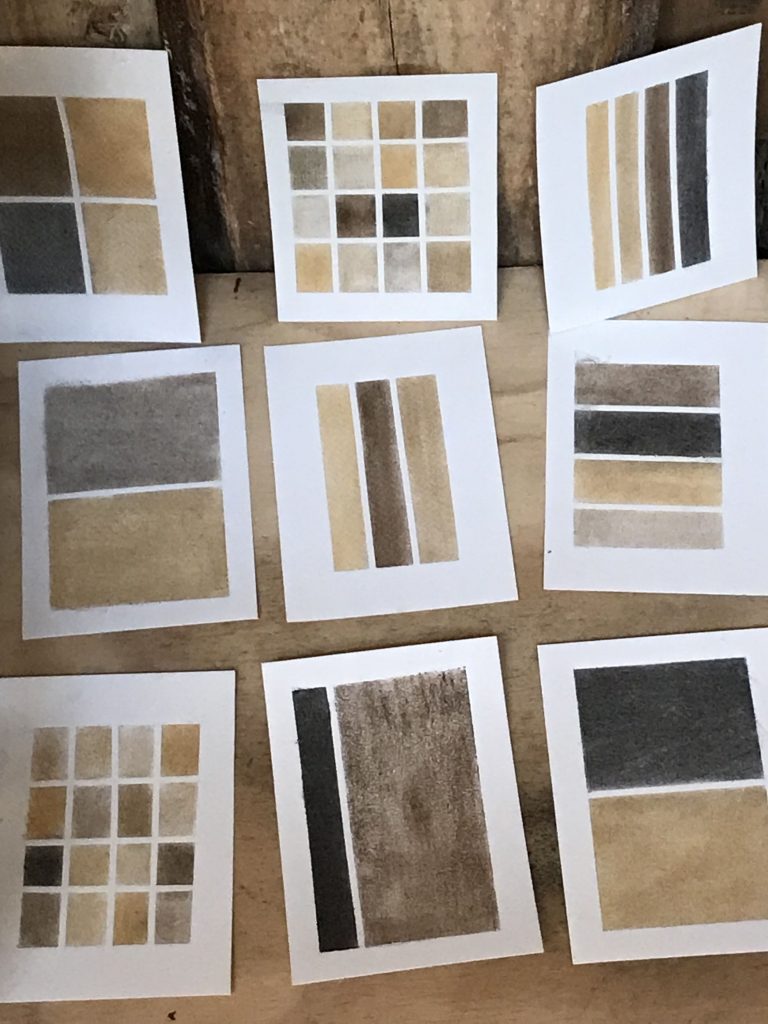 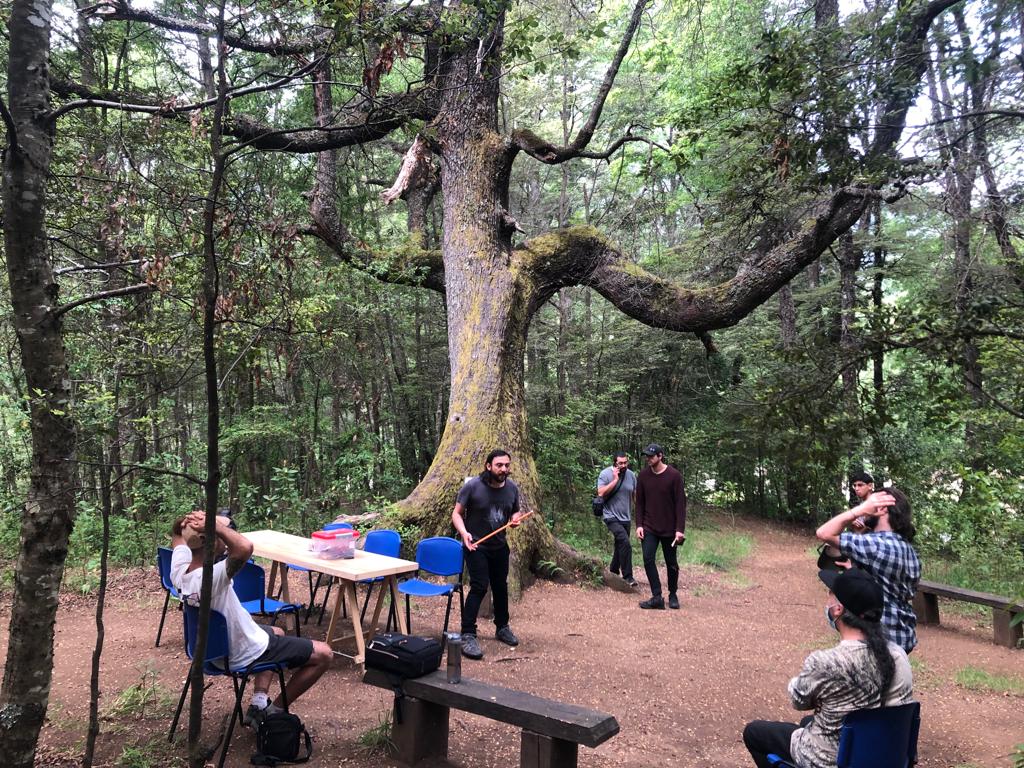 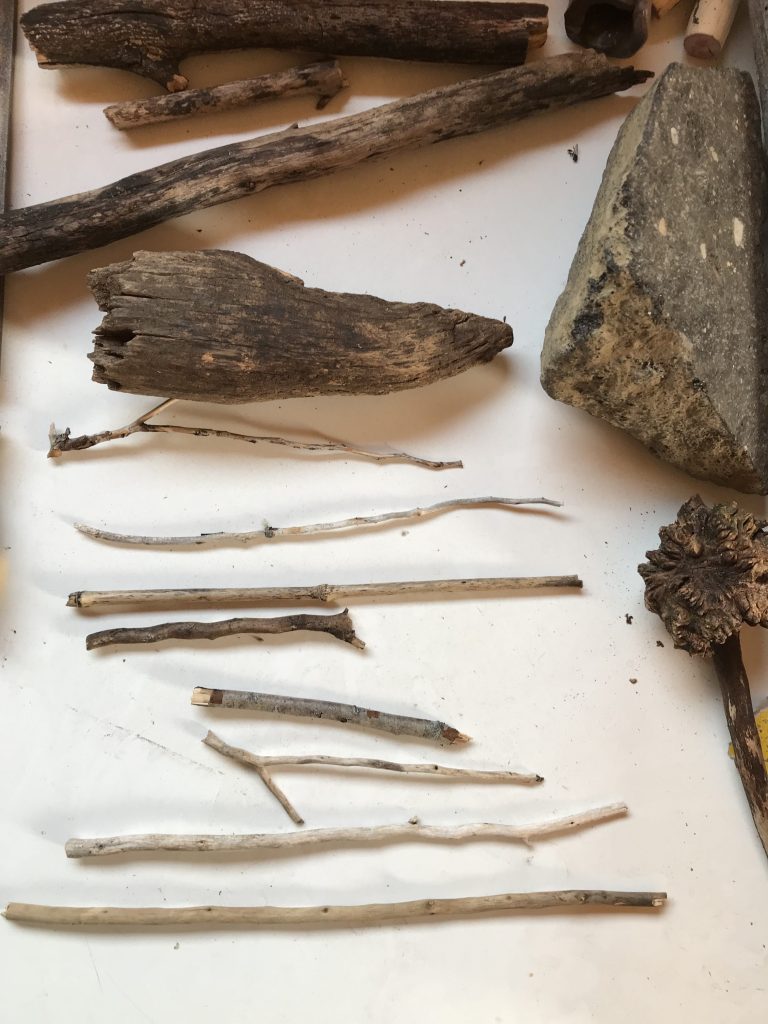 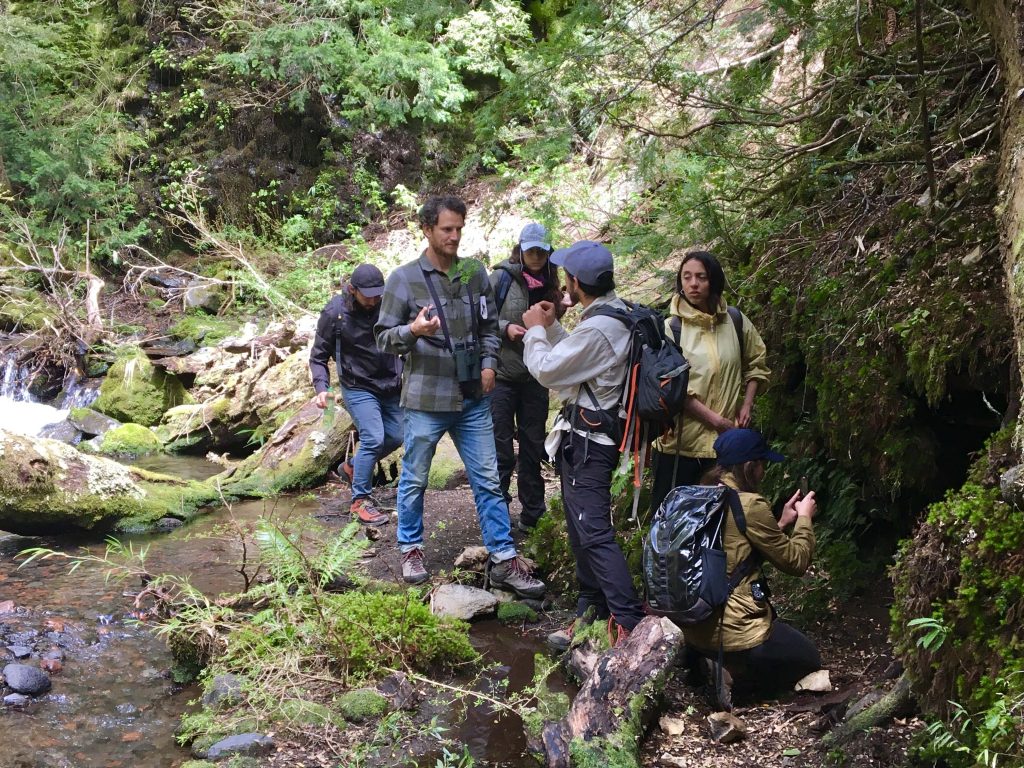 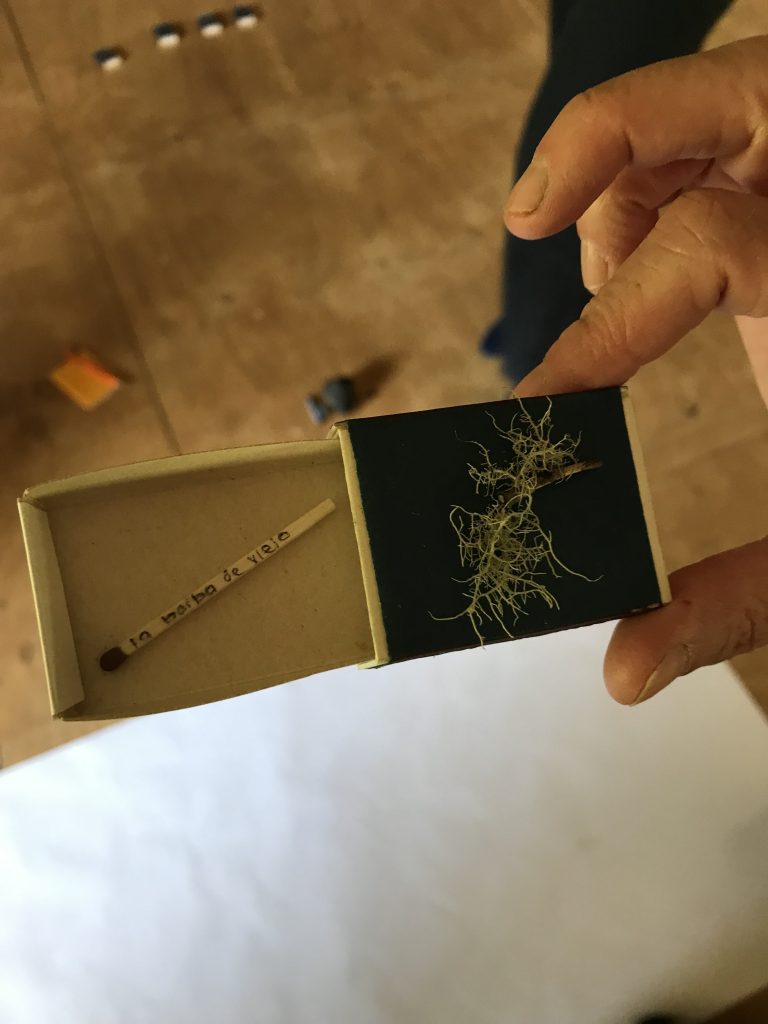 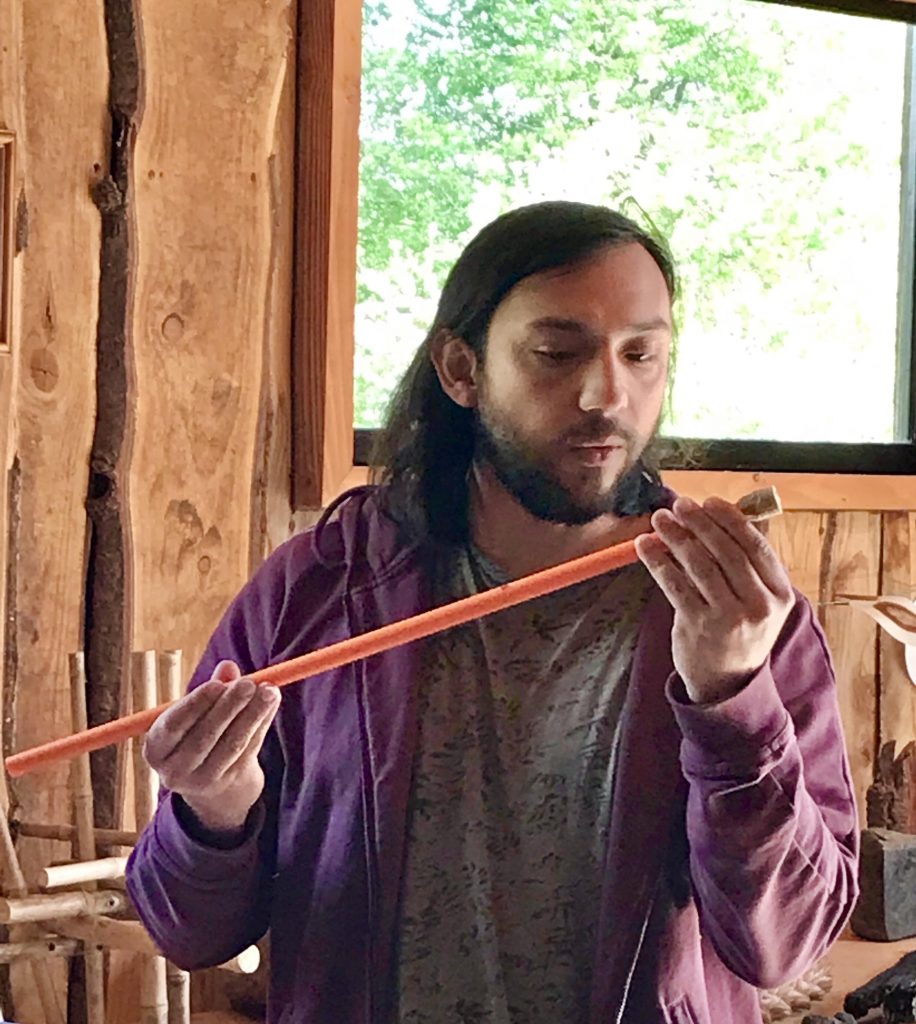 The Resonances Residency Cycle – collaboratively organized by Fundación Mar Adentro, the Goethe-Institut and the French Institute of Chile, with support from the Franco-German Cultural Fund and the Ministry of Cultures, Arts and Heritage – was created to support the work of artists in Germany, France and Chile who are interested in conducting research in one of the six residency spaces that are associated with the initiative: ISLA/SACO, NAVE, Casa Espacio Buenos Aires 824 – FIFV, B.A.S.E/Tsonami Arte Sonoro, Universidad de Magallanes and Bosque Pehuén.

The research conducted by the residents included that of French designer Charlène Guillaume, who collected and observed the materialities of the territory to then classify them. After collecting soil from various parts of Bosque Pehuén, she then decanted it in water to find dense and light types of soil, which she later put on paper to classify them based on texture and color. Alongside this, Guillaume also carried out a study of the queltehue, to then draw their flight routes.

The musician and composer Fernando Matus de la Parra explored the sound of Bosque Pehuén through two studies. The first consisted of collecting objects of the forest to make music, creating sounds on his guitar with branches of different sizes. He also made a wind instrument with picoyo (resin from araucarias) and a metallophone with volcanic stones of various sizes. In addition, he developed a musical score for ecosystems, which was made based on attentive listening in one spot of the forest – where three species of birds could always be heard (chucao, fiofío and rayadito) – assigning a traditional instrument to each species. Lastly, he composed another score to respond to the sounds of the forest and start a conversation with its inhabitants.

Choreographer Lina Gómez, meanwhile, developed her own work with the spoken word as a generator of movement, using phrases that awakened dancers’ imaginations and prompted them to create a dance piece. During her residency she created a booklet entitled “A tree, a forest, a dance”, in which she wrote phrases to be freely interpreted, such as: “What would it be like to dance to the song of the concon?”, or “How does a mountain dance?”. In another stage, she wrote the phrases in matches, so that various people could open the matchboxes and find a species of the forest that invited the person to reproduce its movement. With her explorations, the artist sought to rethink the materiality of dance and to highlight the importance of being in the forest.

In our privately protected area of conservation – Bosque Pehuén – the program included various activities that allowed the residents to deepen their learning and connection to the territory. They attended presentations and talks, tours of the different forest paths and dialogue sessions with different local actors.

The scholar Daniel Melnick, from the Institute of Earth Sciences of the U. Austral de Chile and Director of the Núcleo Milenio Cyclo, made a presentation for the residents on The seismic cycle in the coastal landscape. In addition, they shared a traditional Mapuche lunch with Anita Epulef; attended a talk by our forest ranger, Álvaro Escobar, on Bosque Pehuén and the privately protected conservation areas; learned about the work of territorial outreach led by FMA from María Jesús Olivos, Head of the aforementioned area; went on a bird watching tour with Tomás Ibarra (professor at UC Center for Local Development); and they attended a talk on vernacular construction from the architect Samuel Bravo.

Meeting on “Knowledge and flavors that nurture our territory”