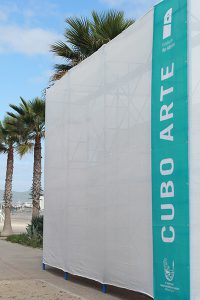 This makeshift space placed on the beach screened contemporary-international art videos as a means of stimulating dialogue between science and art, specifically within the context of marine conservation. We wish to use this space to discover ways in which scientific research and artistic creation can complement each other, and thus generate new socio-cultural visions.

The work of seven internationally renowned artists features audiovisual works that deal with the issues of ocean conservation, fishing practices, the impact of human migration to coastal areas, and documentation of marine animals: Different perspectives, especially those conveyed through creative mediums, invite the individual to stop and reflect, in this case, on ocean-human relations. 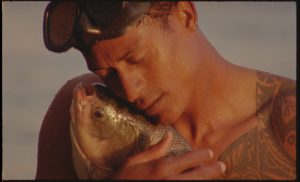 This Brazilian artist’s multidisciplinary work powerfully expresses socioeconomic, cultural, and urban themes in the northeast region of Brazil. De Andrade voices these concerns through personal narrative engendered with deep affections and nostalgia. He attempts to critically portray history, collective identity, urgencies, and discomforts. His work has been shown in the most prevalent museums of Brazil, as well as in the MoMA and Guggenheim Museums in New York (2017), and has had his work shown in San Francisco, Copenhagen, Amsterdam, Jordan, and Istanbul, among others.

*A production by Devia, Wexner Center for the Arts. With the support of Funcultura, Governo do Estado de Pernambuco. 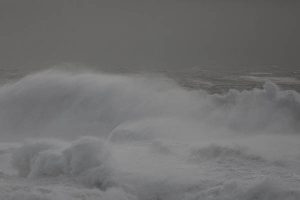 Recorded in the waters of Mullaghmore Head, in the Co. Sligo, west coast of Ireland, during superstorm Rachel, which took place during the European summer of 2014-2015, this piece transforms a cataclysm into a work of art. Storms of this magnitude were once expected to strike every 50 years, yet they have been appearing with greater frequency. Their impact is so strong that they tend to damage entire nation’s economies. Monteith’s videos of the superstorm allude to the trauma suffered in Celtic mythology and in recent attacks from the Irish Republican Army.

The work of artist Alex Monteith, who resides in Tamkai Makaurau, Auckland, New Zealand, explores the political dimensions of culture engaged in turmoil over land disputes and occupation over the course of history. Recently, her work has focused on creating a series on bodies of water that evidence historical, natural, and sociological tensions. She has come to know the coast of New Zealand from diverse angles, from sports—Monteith is an experienced surfer—to archeology. Her work was recently shown in Centre Pompidou in Paris, in the Museum of Modern Art of Frankfurt, and in the 5th Auckland Triennial. 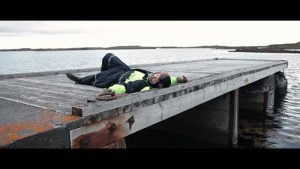 A team of scientists has achieved the first-ever decoding of animal communication, the song of a marine mammal—the Steller sea cow—a species which until now was believed to be extinct since 1768. The film was recorded along the coasts of Greenland and is part of a series of works that include installations, sculptures, photography, and texts. His works convey reality, fiction, history, and imagination which come together to tell a surprising tale.

French artist, Etienne de France develops an interdisciplinary and fragmentary work focused on the relationships between the concepts of nature and landscape. De France utilizes the mediums of video, writing, photography, sculpture, and drawing to challenge perceptions of and reflect on landscapes as a space of imagination and emancipation and has an elaborate series of narrative works that lean towards science fiction. He has taken part in art residencies in Te Whare Hera, New Zealand, at the Centre National d’art et du paysage of Vassivière Island, France, at Reykjavík Art Museum in Iceland (2016), and at Pehuén Forest, Region of the Araucanía, Chile (2017). 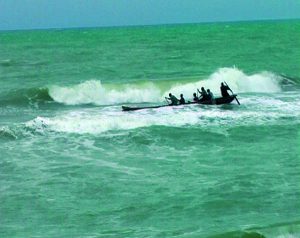 Video artist, director, and photographer, Ahtila’s work examine the relationship between one’s own body and that of another, questions the feminine condition, the construction of the self, perception, and mental life. Her work has been shown at the MoMA in New York, the Tate Modern in London, Jeu de Pomme in Paris, and the Neu Nationalgalerie in Berlin. Ahtila has received numerous awards, including an honorable mention in the 48th Venice Biennale, 1999. She is a member of the Finnish Academy of Arts. 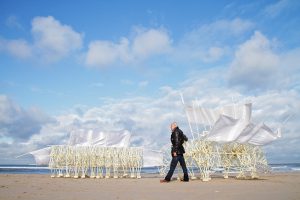 A documentary on the work of physicist and artist, Theo Jansen (Holland, 1948), whose creation of huge kinetic sculptures that come to life as autonomous organisms has blurred the lines between engineering and art. His pieces contain elements of aeronautics and robotics, from “Painting Machine”, a robot that draws graffiti on a wall, to the creatures in his Strandbeest series, sea creatures that move with the force of the wind. The latter is responsible for transforming Jansen into a leading figure in the world of contemporary art and are the main focus of the documentary.

Scientific journalist and filmmaker, Schlichter has made documentaries on milestones of the recent years: Discoveries on neuroscience, synthetic biology and genetics, and environmental pollution. He has also researched and filmed on urban sustainability. He is the founder of the Wunderding magazine, dedicated to worldwide science and technology startups. 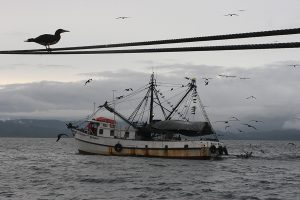 A film containing three narratives concerning the global food chain, Enjoy Your Meal is an artistic discussion of the industrial fishing of prawns destined for the European market, the depletion of sea creatures caused by trawling, and the resulting struggle of indigenous fishing communities. Arias combines these elements with footage from Coqui, a Colombian village, and its Pacific coast, to speak out about the fragility of our ecosystems and the global society’s blindness to the wealth of food that remains largely unnoticed, wasted, and unfairly distributed.

Through the mediums of video, photography, and installation, Arias creates works on the conflicts that often accompany sexuality, drugs, identity, religion, politics, nationalism, wealth distribution, and nature conservation. His work seeks to raise awareness on the need for socio-ethical change, hence forcing his audience to critically reflect. Arias is currently developing a project called Mas arte más acción (More Art More Action), a cross-disciplinary examination of social and environmental issues involving the most vulnerable sectors of our society. In 1994, he received the National Arts Prize of Colombia, represented his country in the 48th Venice Biennale in 1999, and has participated in the most important Biennials of Latin America. His work has been shown in galleries and museums in Sao Paulo, Lima, Barcelona, Vancouver, Amsterdam, London, Cardiff, and Glasgow, among others. 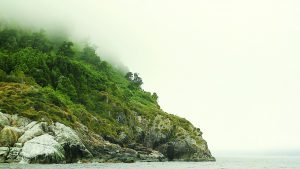 Filmed from an oil tanker, this recording of the insular landscape of southern Chile marks formal novelties in the work of Foschino. This work transcends the fixed image, instead considering the contemplative aesthetic image, and incorporates the sound of the ship’s engine as a stark contrast to the landscape’s stillness and solitude. The camera is hypnotized by the rhythmic cadence of the waves while the drone of the motor disrupts the nature’s silence, antagonizing viewers and inciting criticism towards human’s impact on nature.

His work consists mainly of video installations, usually presented without sound, in real time, played in a loop. This technique invites his audience to contemplate space and time through the lens of an unmoving camera. Foschino builds thresholds of time capable of forging a unique relationship between nature and its spectator. His work has been presented in biennials and in festivals such as Cuenca (2016), Santa Fe, Mexico City (2014), Sao Paulo (2013) and in the Latin American pavilion of the 54th Venice Biennale (2011), and most recently a solo show in the Museum of Visual Arts of Santiago, Chile (2016). 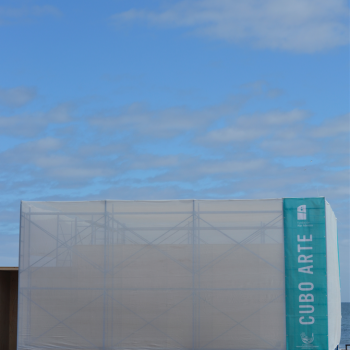 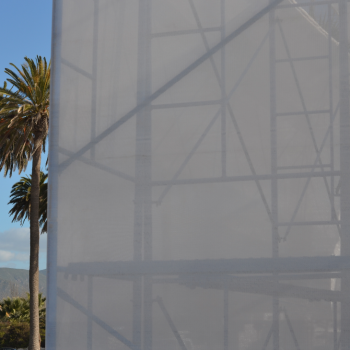 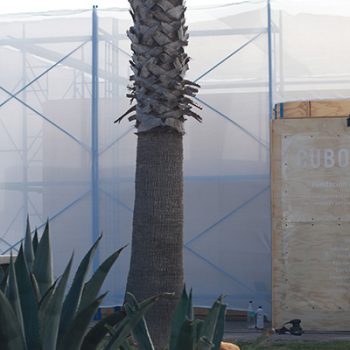 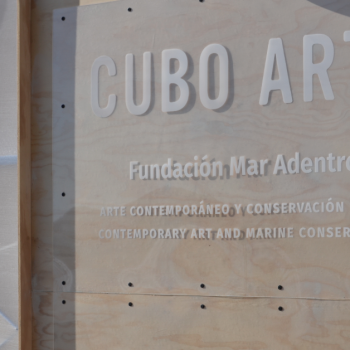 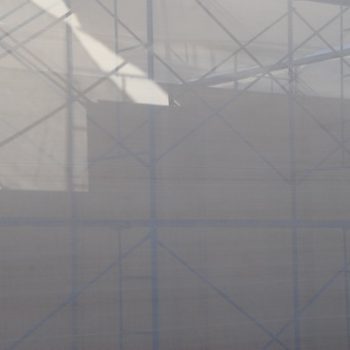 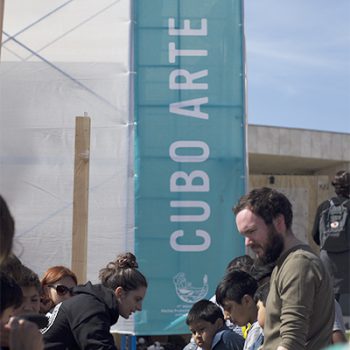 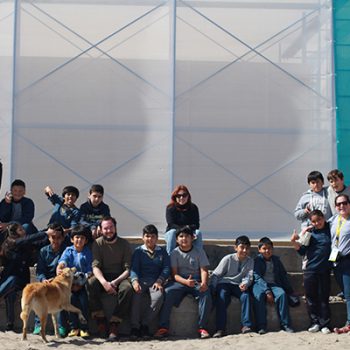 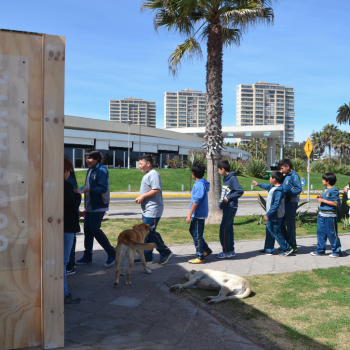 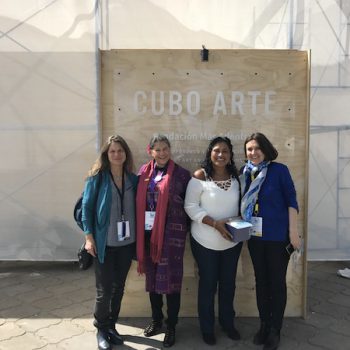 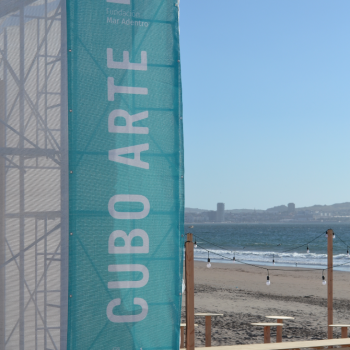 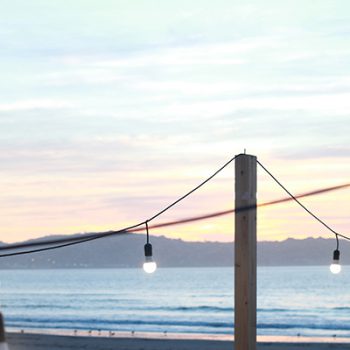 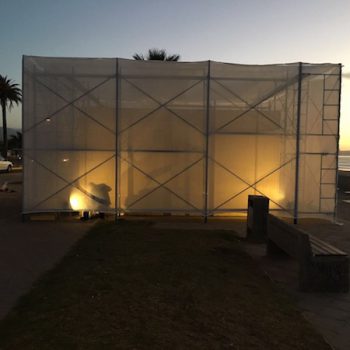 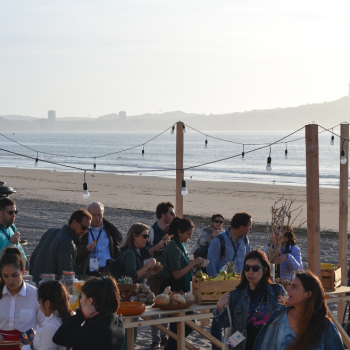 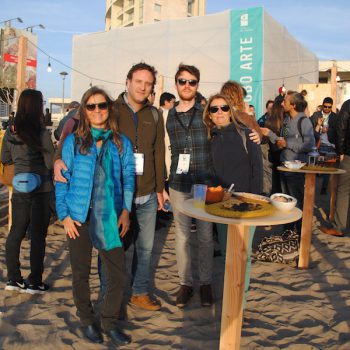 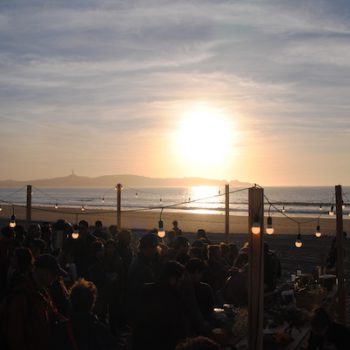 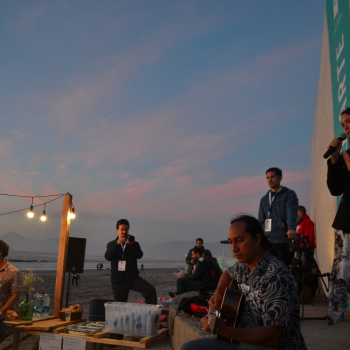 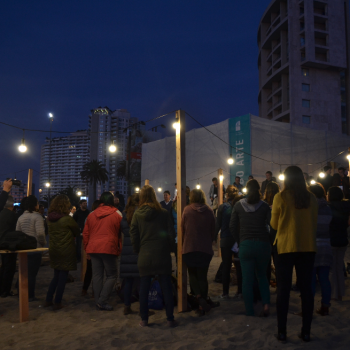 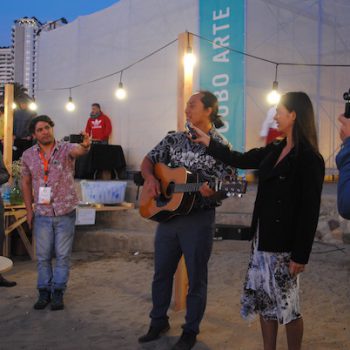 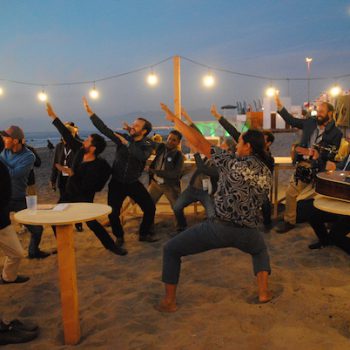 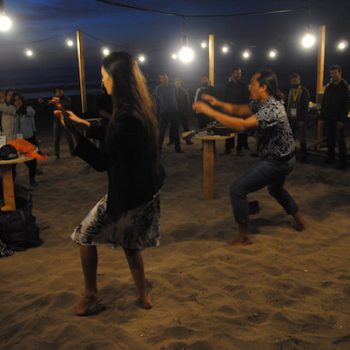 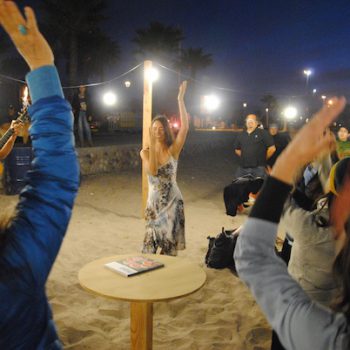 Fundación Mar Adentro actively participates in the 4th International Marine Protected Areas Congress, IMPAC 4, which will be held from the 4th until the 8th of September 2017 in La Serena-Coquimbo. Fundación Mar Adentro's program sets out to observe land and ocean as a common and interrelated space to explore new ways of interaction within coastal areas. A video art program, a scholarship program for researchers from all over the country to come and participate in the congress, as well as workshops that bring together art and science, are some of the activities of this cultural program.