Art Exhibitions
Against The Drought of Signs. Etienne de France 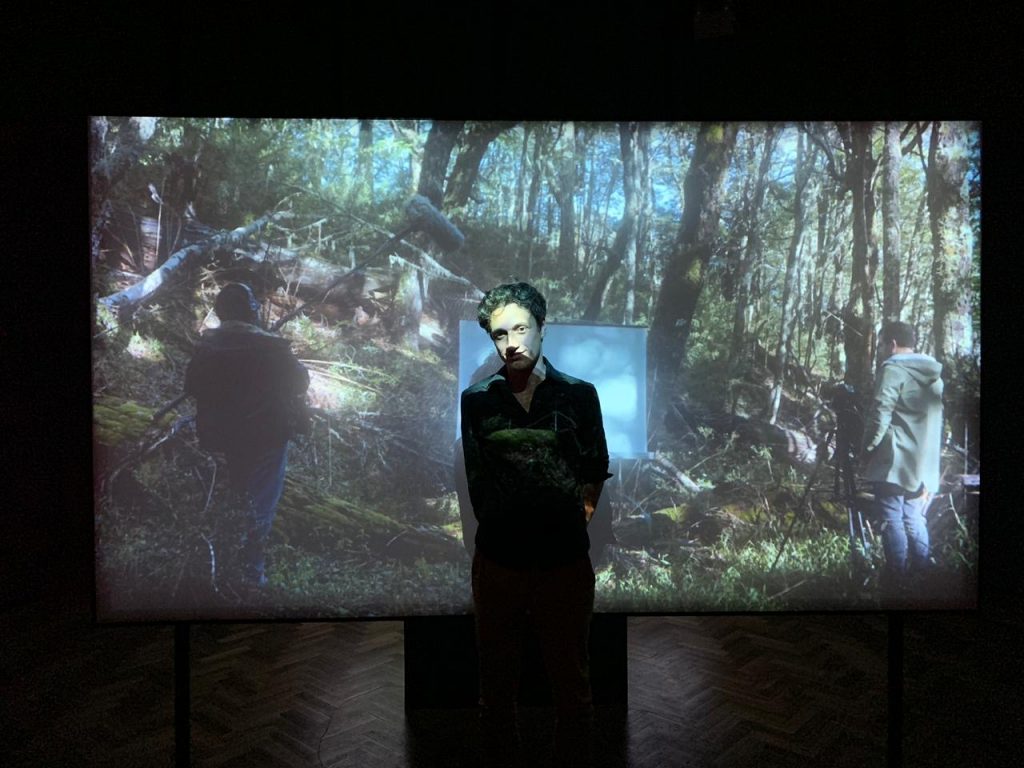 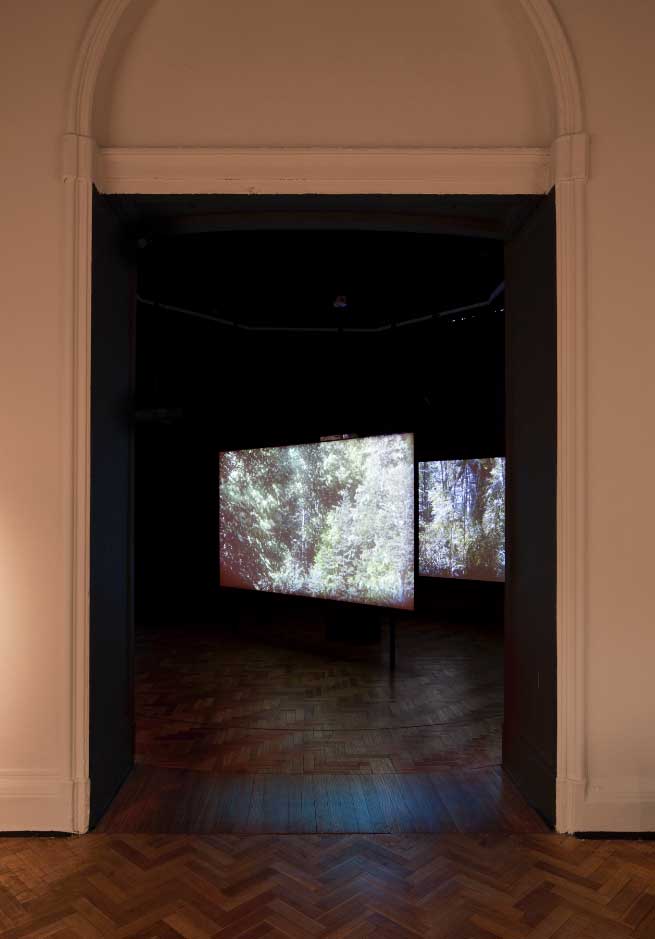 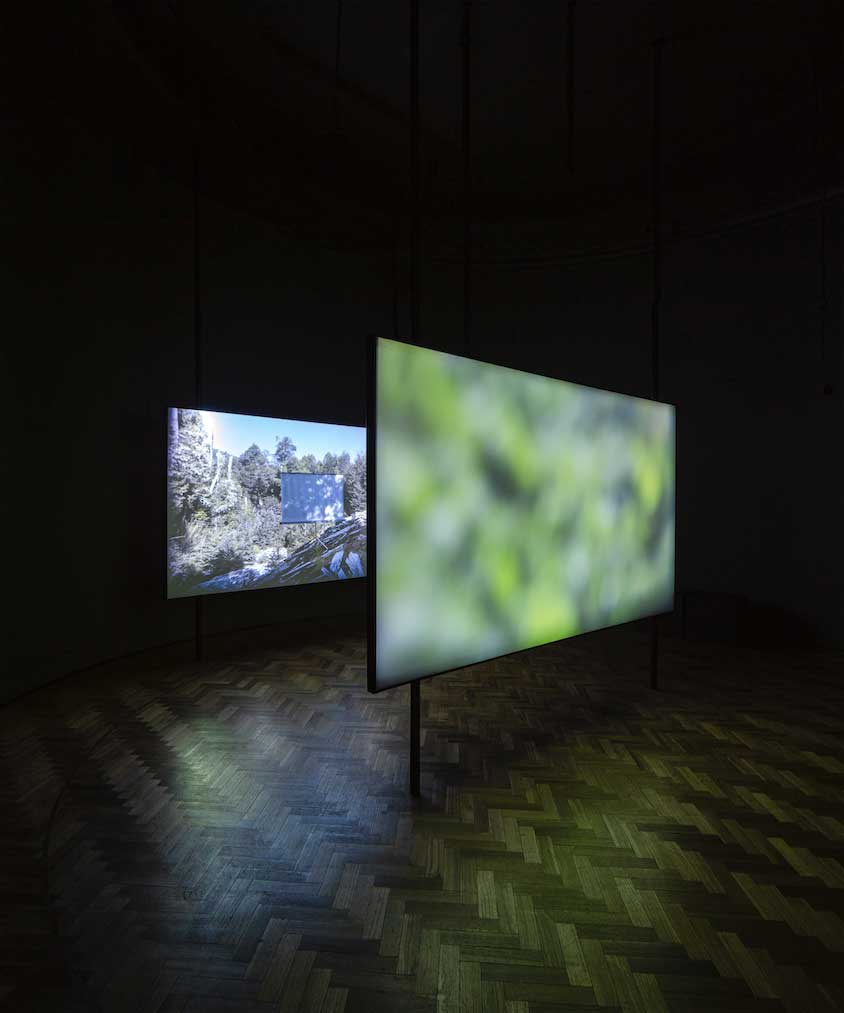 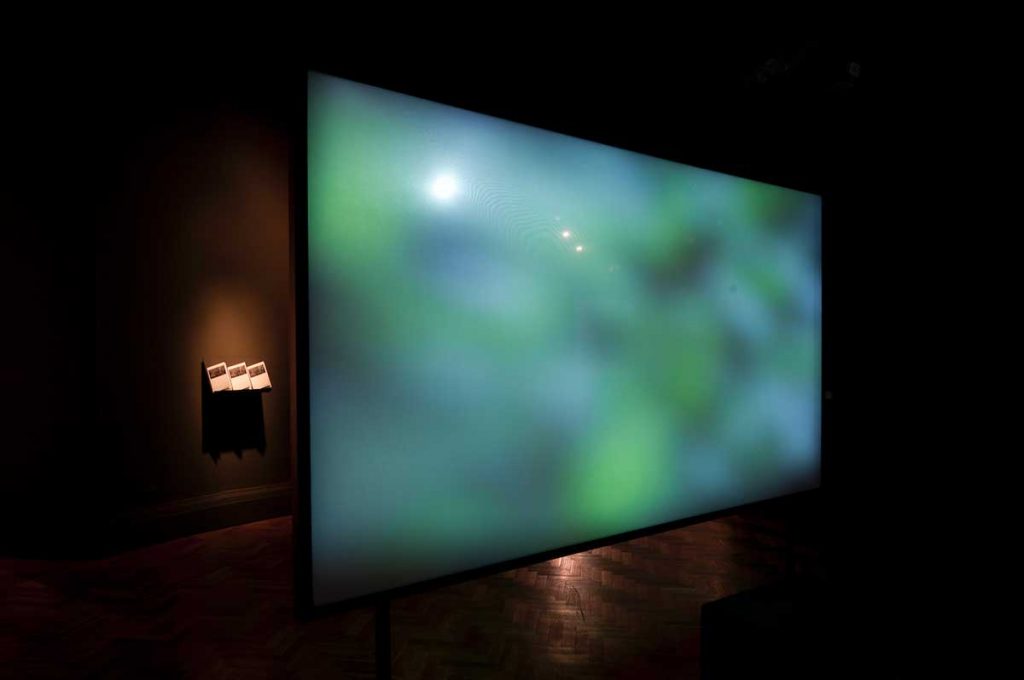 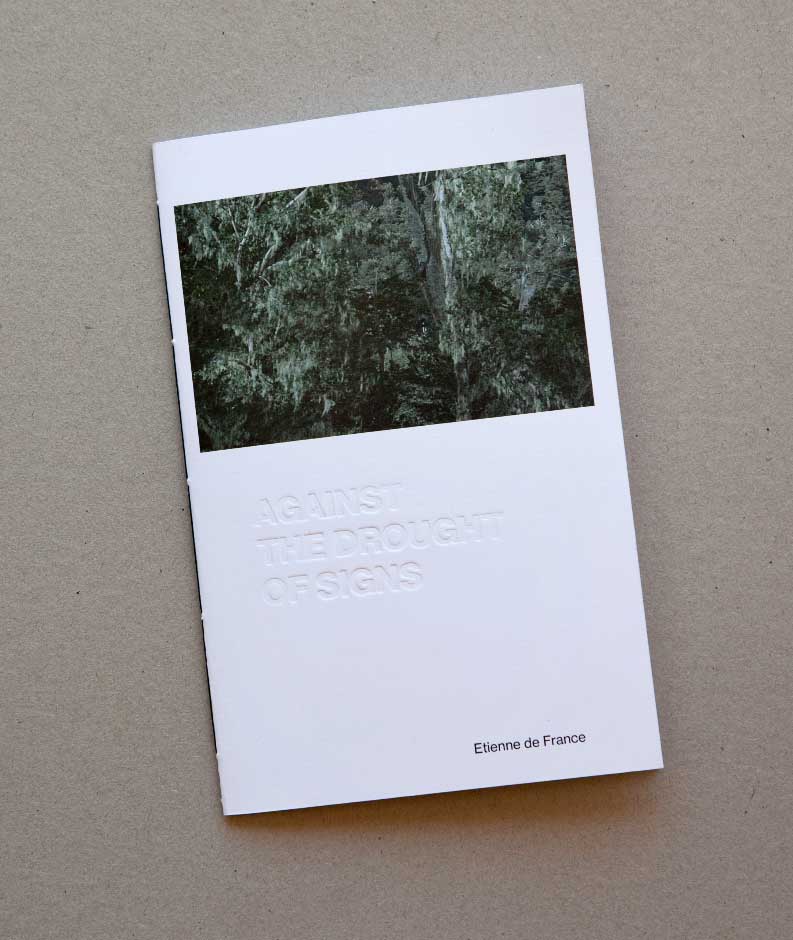 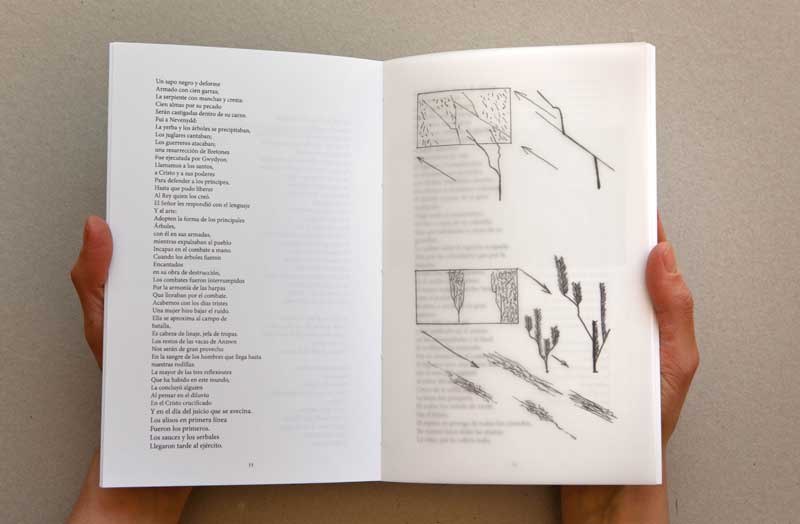 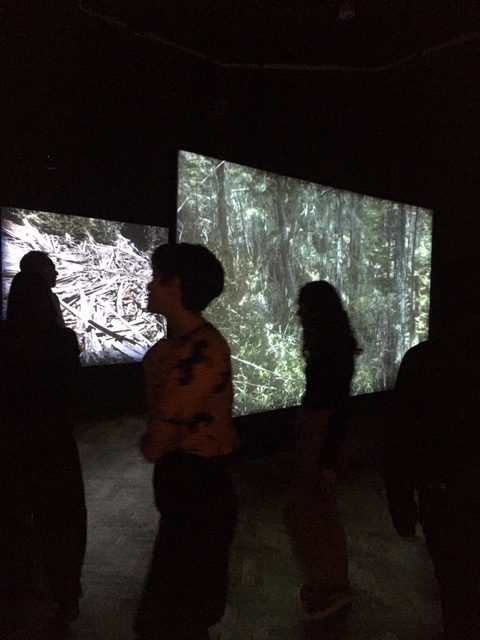 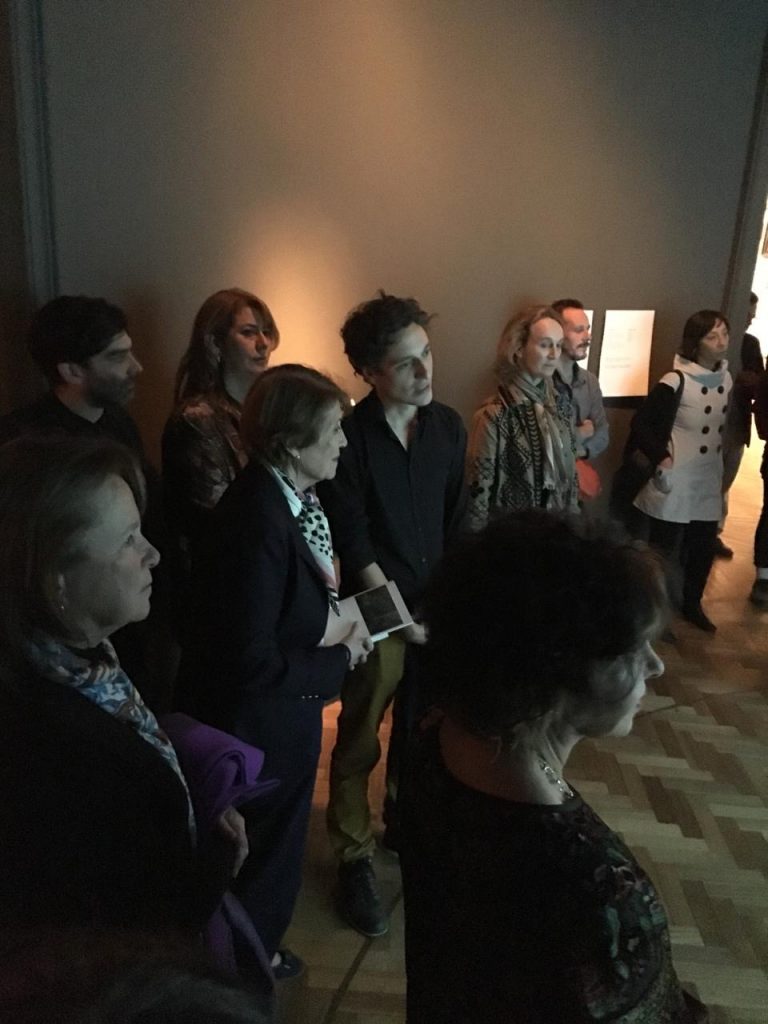 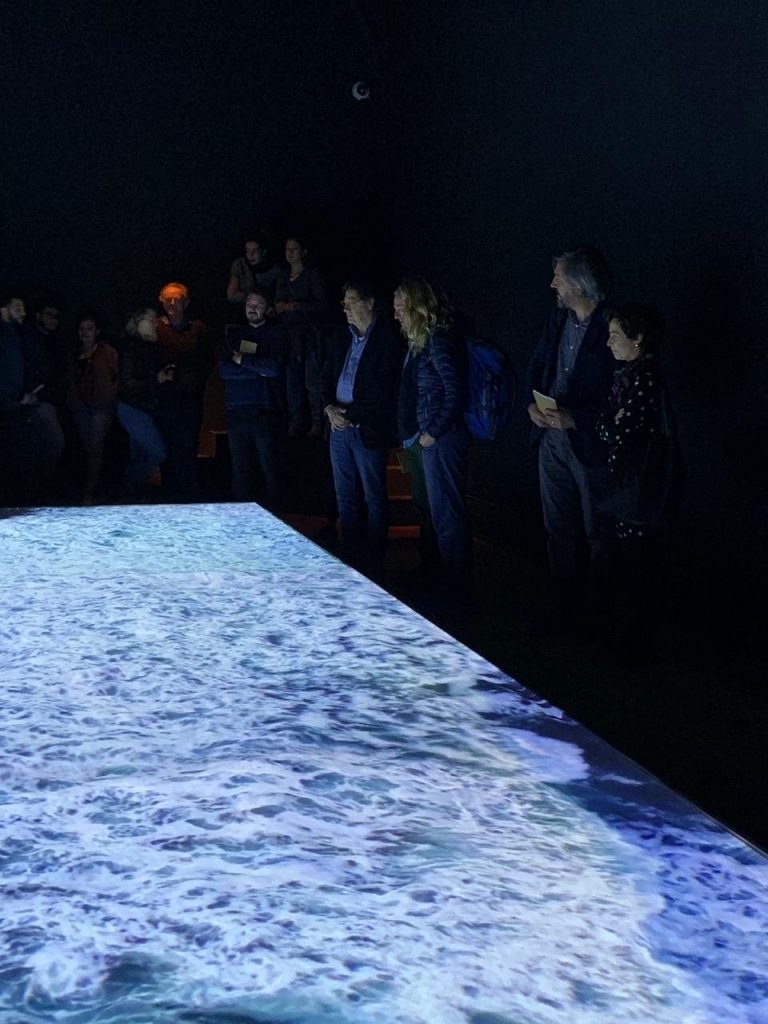 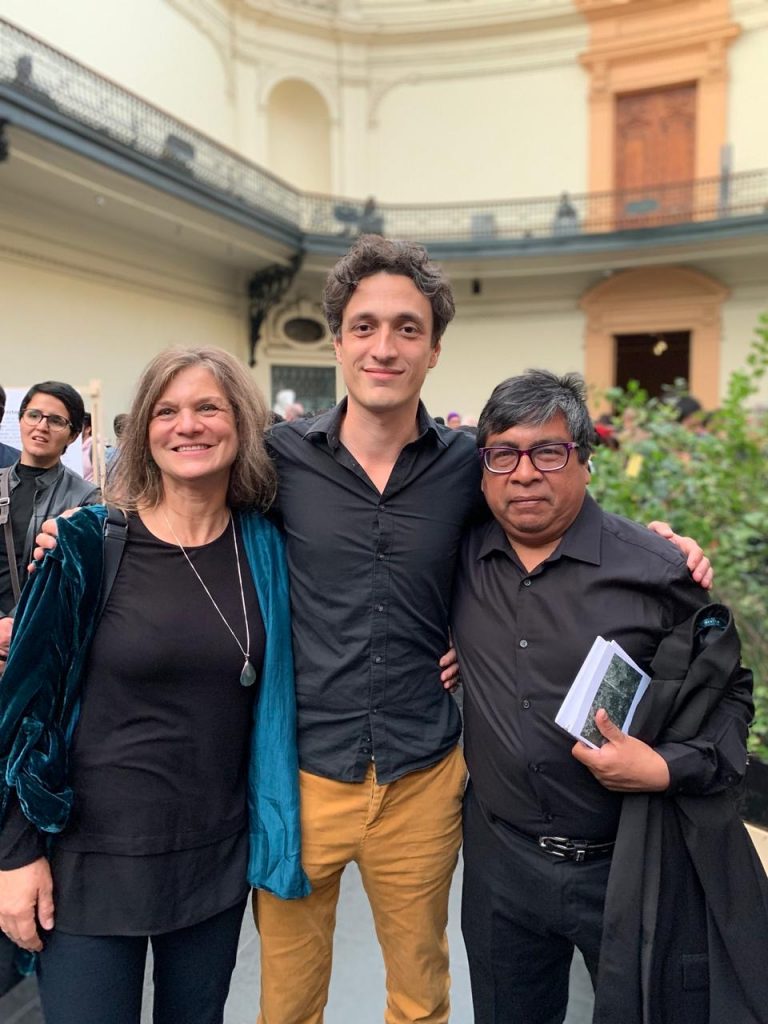 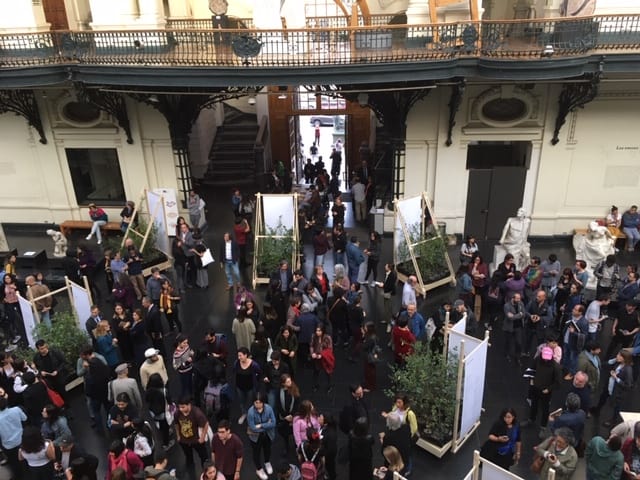 Within the context of the 14th Media Arts Biennial: The Fourth World conducted in Santiago between August 2019 and December 2020, we were invited to present Etienne de France’s audiovisual installation titled Against the Drought of Signs at the National Museum of Fine Arts of Santiago from October 16 to December 15, within the exhibition “El Tercer Paisaje” (The Third Landscape) curated by Catalina Valdés and organized by the Chilean Corporation of Video Art.

Upon entering the exhibition room in which the installation was mounted, the viewer is faced with two audiovisual pieces projected on large scale screens that present abstract narratives of the shapes, movement, lights and nuances of the forest: an endless cinema. The projection then transitions into a scene of two people staring at a screen that contains shadows casted by the sun rays that filter through the tree foliage, a cinematic scene in itself. As one circulates the room between both projections, the sound of the forest appears and interplays with the voice of Mapuche poet Leonel Lienlaf reciting Kawün (Transformation), verses dedicated to the reciprocity that exists between the Mapuche and nature.

Against The Drought of Signs constitutes the first part of a new body of work of the artist, which explores the possibilities and means of representing forests today. This work is the result of research conducted during our residency program, Bosque Pehuén: Multidisciplinary Research Station for Nature, in the region of the Andean Araucanía, in the south of Chile, where he explored contemporary forms of representation of forests in the political and economic situation of the Araucanía region, where industry and monoculture continues to provoke important territorial conflicts as well as major ecological upsets.

The installation is conceived as a space of symbolism and emancipation, and proposes mimesis as a means to address questions of forest representation and go beyond restrictive forms of projection, representation and conservation (both in their aesthetic and environmental terms). How to move beyond immediate touristic, scientific, or cultural behaviours that have reduced and transformed forests as homogeneous spaces and beings? In using the notion of mimesis, the video draws upon the analogy of forest as cinema in its relationship with light, shadows, and growth. The artist has recently uploaded an extract of the video installation on his website.

The installation also considered a small publication which contained a multi-translation of the Welsh poem Kat Godeu (The Battle of Trees) created together with the anthropologist Diego Milos and the poet Lionel Lienlaf. A poem preserved in the 14th-century manuscript known as the Book of Taliesin that tells the story of Gwydion, mythical figure and magician, who encourages a multitude of forest plants to fight as his army. The Spanish and Mapuzungun version coexist alongside the Welsh and English to unveil many levels of interpretation, be they political, historical, literary, ritualistic, or plant related knowledge.

During his time in Santiago, Etienne de France presented his work together with Lionel Lienlaf in the International Transformations Conference held in the National Museum of Fine Arts of Santiago. In addition, he also conducted two talks: one at the Chilean  French Institute with Miguel Georgieff, a member of the Coloco collective, and at the French Alliance School for high school students.

Etienne de France (1984) is a French artist currently living in Paris, France. Unfolding his practice in a multidisciplinary and fragmented way, Etienne de France explores the relationships between concepts of nature and landscape. Through the fields of sciences and architecture, Etienne de France create works using a variety of media such as video, writing, photography, sculpture and drawing. From a questioning on landscape as a space of imaginary and emancipation, he elaborates fictional and narrative maps.

We would like to thank the support provided by the Chilean-French Institute and the Chilean Video Art Corporation’s team.

For more information about his work: http://www.etiennedefrance.com/
Click here to view an interview with Etienne de France and Ladera Sur.
Click here to read the column written by Maya Errázuriz for Lofscapes.