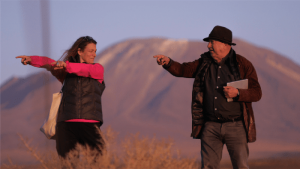 Madeline Hurtado with Christian Boltanski at the installation Animitas

In recent years the work of French artist, Christian Boltanski, has shifted from themes of memory to the creation of myths. The artist has been dedicated to creating permanent monuments for humanity in remote places. They are works that give rise to a new mode of artistic transmission, one that values concepts over objects.

At the foot of the Láscar volcano in the town of the Atacama community of Talabre is Boltanski’s third conceptual monument to humanity, entitled Animitas: An intervention consisting of hundreds of Japanese bells arranged to convey the placement of the stars on the night the artist was born. The bells ring in their isolation under a vast sky, an ever-constant chiming that sounds in the wind even when no one is there to listen. The installation’s live projection was displayed at the National Museum of Fine Arts in Santiago, Chile as part of his exhibition, Almas.

The poetry in Animitas opens the eye to a realm of possibility that we can only begin to imagine. It presents the world with new-found optimism: After death and beyond oblivion is the preservation of lives once passed. The installation unites worlds through culture and does so through the mythic Atacameñan community of Talabre. What one sees in the museum may be a fairy-tale land, a place far off in a distant land riddled with hundreds of little bells, or it might be the last beatings of a heart. Animitas is a bridge between birth and death, a reflection on the cycle of life: Little bells call soft yet definite in their entire arch of sound, chiming from nothing and ending in nothing, only to be pushed over by the wind and sing again. Animitas is a sonic dimension, perhaps where the artist envisions his own life to begin and end, as well as those of everybody else.

Talabre is a village in the Atacama situated at the foot of the Lascar volcano, at an altitude of 3,600 meters. In the early 1980’s, the population was forced to move to this remote area due to the low agricultural production of Old Talabre and the threat of the active volcano, which forced them to live scattered amongst ravines. Today they live between two streets in houses made from blocks of liparit (rock). The village also hosts a church and a school. 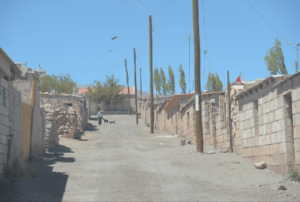 Talabre is home to 27, each of which owns a vegetable garden that produces potatoes, sunflowers, corn, quinoa, alfalfa, and other vegetables, behind or near their house. Formerly, Talabre was home to many animals, until a drought struck, lasting for seven years. Nowadays water reaches their houses through a combination of irrigation canals and pipes that stem from the springs of Tumbre, and more recently, from Salta, Argentina.

Talabre’s inhabitants maintain their ancestral traditions: On the 7th of October, they dance “El Llamero”, forming a star symbol to commemorate the Lady of the Rosary, patron saint of the village. They also celebrate the “Floreo” – this ritual involves the painting and decoration of llamas, alpacas, guanacos, vicuñas, and lambs with woolen flowers, each one a different color of the rainbow – and the “Pago a la Tierra”, a payment to the earth as a way of thanking the spirits for providing the community with a bounty of natural resources. In the past, every 1st of August the town would carry out the “Pago del Volcán Lascar” ceremony, one which has been recovered in recent years. “Convido”, a ceremonial offering to the water and earth, is a tradition that has also persisted. 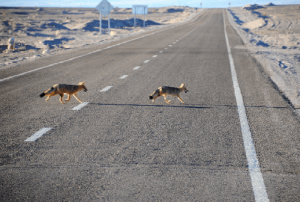 At 67 km of San Pedro de Atacama via route 23 and B-357, Talabre borders the international road to the Huaytiquina crossing towards Salta, Argentina, in the mountain skirts of the currently active Lascar volcano.

Local guides offer excursions to Old Talabre, a barely intact, abandoned village, as well as to the Kezala Ravine, where tourists will find petroglyphs of llamas, birds, felines, foxes, and anthropomorphic figures. They also offer an excursion to the Lascar Crate, “tongue of fire”, in Kunza, which sits at an altitude of 5.592 meters. 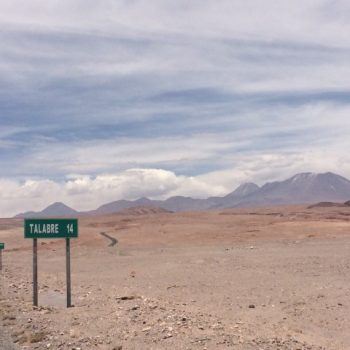 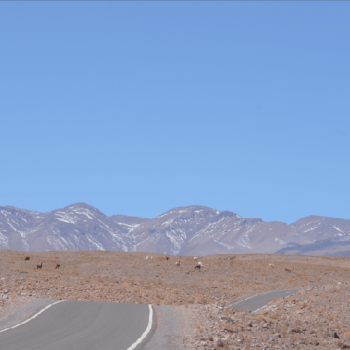 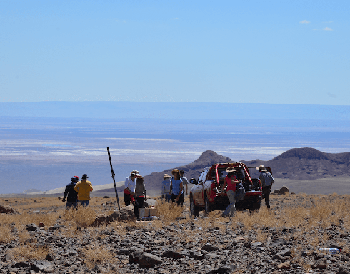 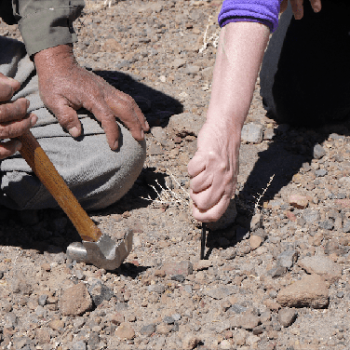 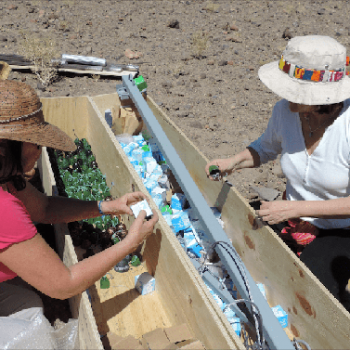 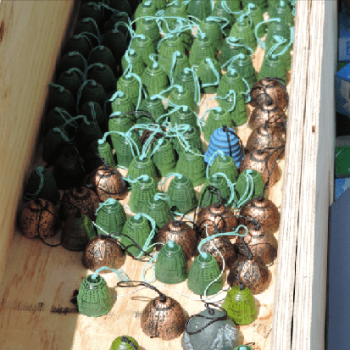 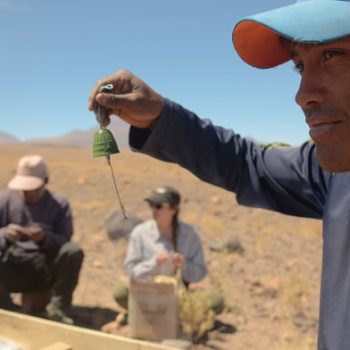 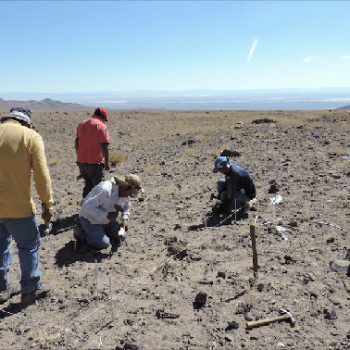 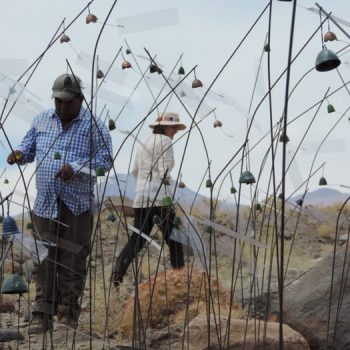 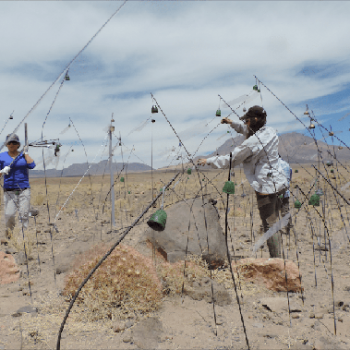 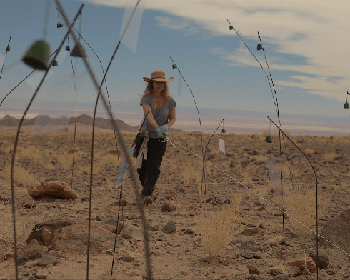 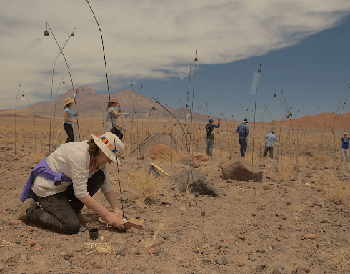 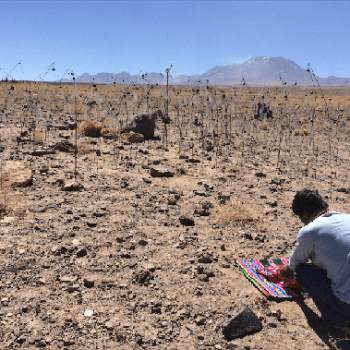 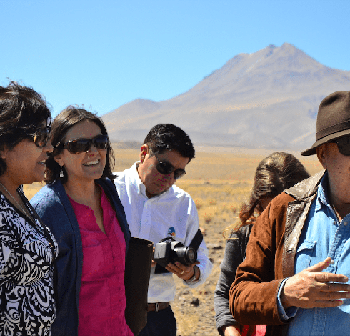 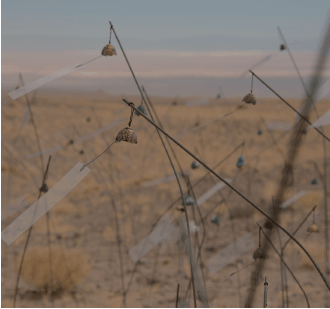 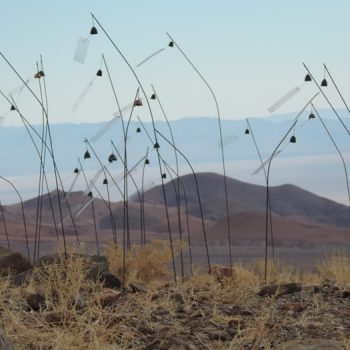 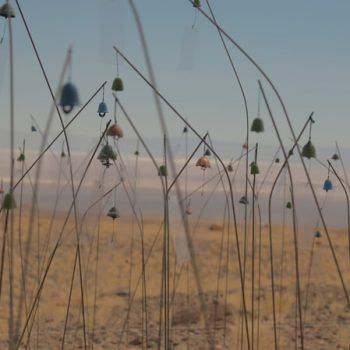 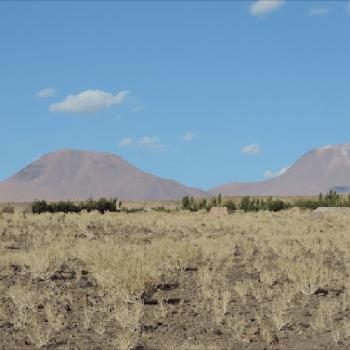 FMA Launches A Book on Boltanski

Animitas, published by Hueders and Fundación Mar Adentro, reveals the creative productive process of the homonymous installation that the renowned French artist created with the Atacameñan community of Talabre, at the foot of the volcano Láscar, in octubre 2014. It is one of the few Boltanski books published in Spanish and will be sold in Madrid and Barcelona, in the La Central bookstores, Reina Sofía Museum store, in Mexico, France and Chile.

The installation, which was produced in Chile by Chilean curator Beatriz Bustos O., from BBO Cultural Developments and Fundación Mar Adentro, will be part of the main event of this year's Venice Biennale: "All the World's Futures" curated by Okwui Enwezor with the participation of 136 international artists inaugurating on May 9th.