We participated in three seminars on public policies and coastal conservation strategies, organized by international foundations, between January 7 and 15, 2019.

With a coastline of more than 4,300 kilometers in length, Chile faces the challenge and privilege of protecting and sustainably using this fundamental space, today under pressure due to climate change, incompatible uses and institutional deficiencies to effectively integrate management into marine and terrestrial areas. All this, with the perspectives of climate change for 2030, in addition to the current discussion of a law for the coastal border, make this discussion and analysis urgent. 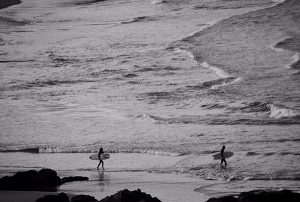 On Monday, January 7th, the seminar “Public Policy for the Coastal Edge: Integrating the Sea and Land. A Look into the Future” was organized by The Pew Charitable Trusts together with the Institute of Urban and Territorial Studies of the Catholic University of Chile; the Minister of National Assets, Felipe Ward; Charles Lester, expert from the Coastal Commission and Marine Sciences at UC Santa Barbara, California; geography professor, Dr. Carolina Martínez; the researcher of the Austral University, David Tecklin; Felipe Paredes, from the Ministry of the Environment, and Juan Esteban Butazzoni, from Fundación Rompientes, among other experts and authorities.

Some of the topics of analysis and discussion were the sustained and unplanned increase in the use and occupation of the coastline, which produces a lack of public access, environmental deterioration and social tension. Also the existent institutional mechanisms to favor an integrated coastal-terrestrial marine management, that harmonize the diverse productive activities, the conservation of natural ecosystems, human settlements and the uses of public interest. Especially relevant was the conversation about the new coastal border law, its relationship with regional governments and municipal regulatory plans, the need to integrate learning about natural disasters and the prevention of the effects of environmental crises and climate change. 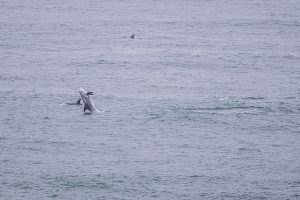 The Packard Foundation, based in California, has set itself as one of its missions to propose marine protection plans in various geographical areas of the world, among which is our country. For this reason, they held a seminar with Chilean and international experts, from January 10 to 11, to present their marine strategies, presented by experts Richard Cudney, Anne Marie Rogers, Lane Gallet and Damon James, among others. From legal to financial aspects, its support plan for local authorities focuses on four points: marine protected areas, coastal wetlands, AMERB benthic resources management and exploitation areas (organisms that inhabit the seabed), and free access areas. The strategy includes concrete results for 2022 and 2030: in marine protected areas, for example, implement three new areas in Patagonia and a work plan to create others in different zones in 2022, and by 2030 have a solid protected area network throughout Chile; in the wetlands, protect a total of ten in Chiloé and implement a detailed strategy for 2022 with dedicated professionals. By 2030, the objective is to have mechanisms that guarantee the protection of wetlands along the entire coastline. Sustainable fishery and benthic management plans, as well as the ecological restoration of the seabed, are contemplated for the AMERB and open access areas. The foundation, then, will economically and strategically support the groups and foundations that promote these actions.

On Tuesday, January 15th, AmCham Chile, the US Chamber of Commerce in Chile, together with several international foundations, organized a seminar to review coastal protection practices in California and its successful policies that unite philanthropy and the public initiatives. Along with the Minister of the Environment, Carolina Schmidt, Barbara Saavedra of WCS Chile, Ricardo Bosshard of WWF Chile, among other experts spoke.