“Knowledge and flavors that nurture our territory” is open until February 28 at the Centro intercultural La Aldea Trawupeyüm in Curarrehue. 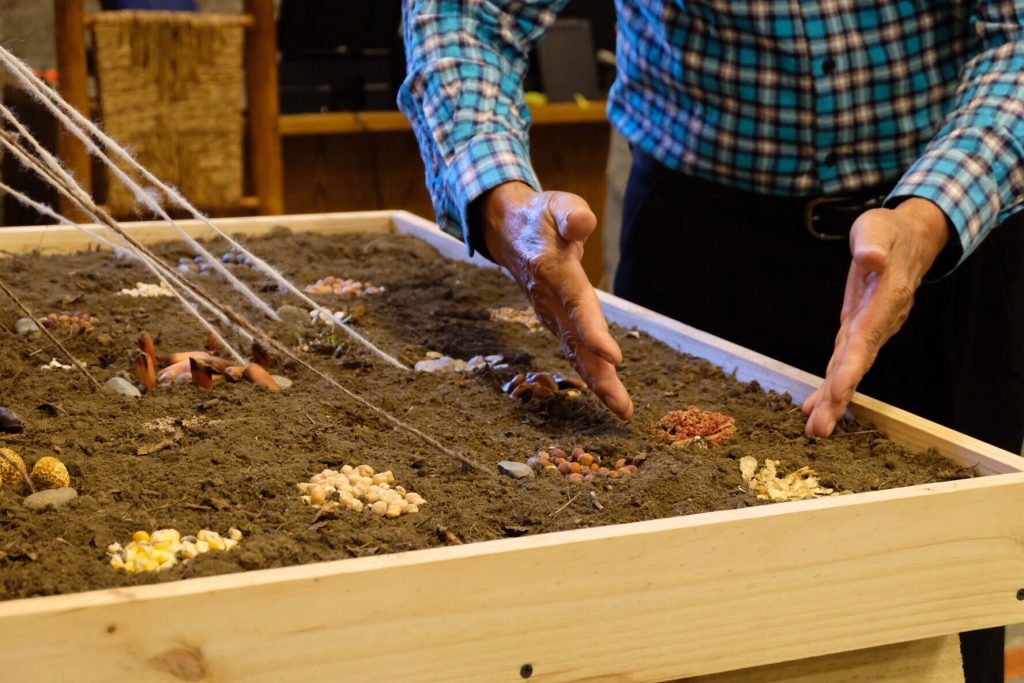 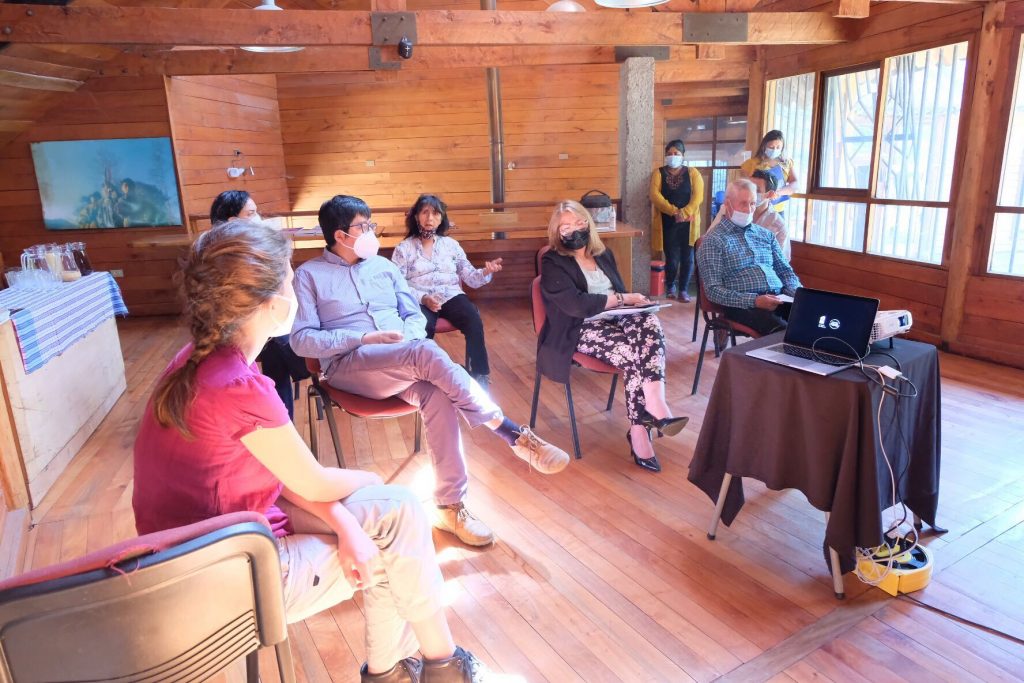 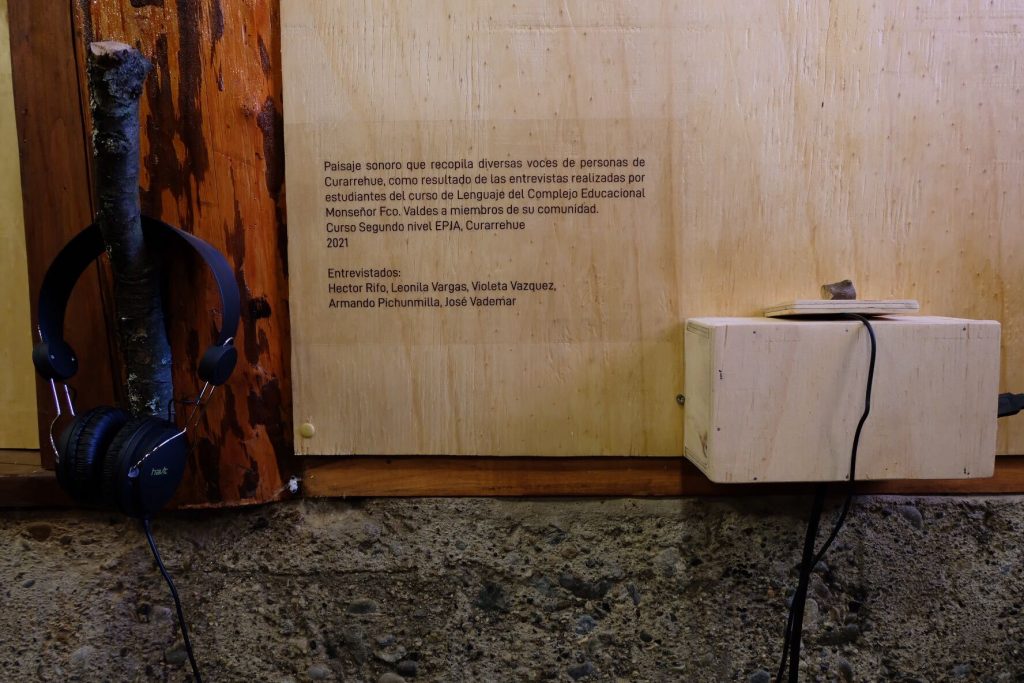 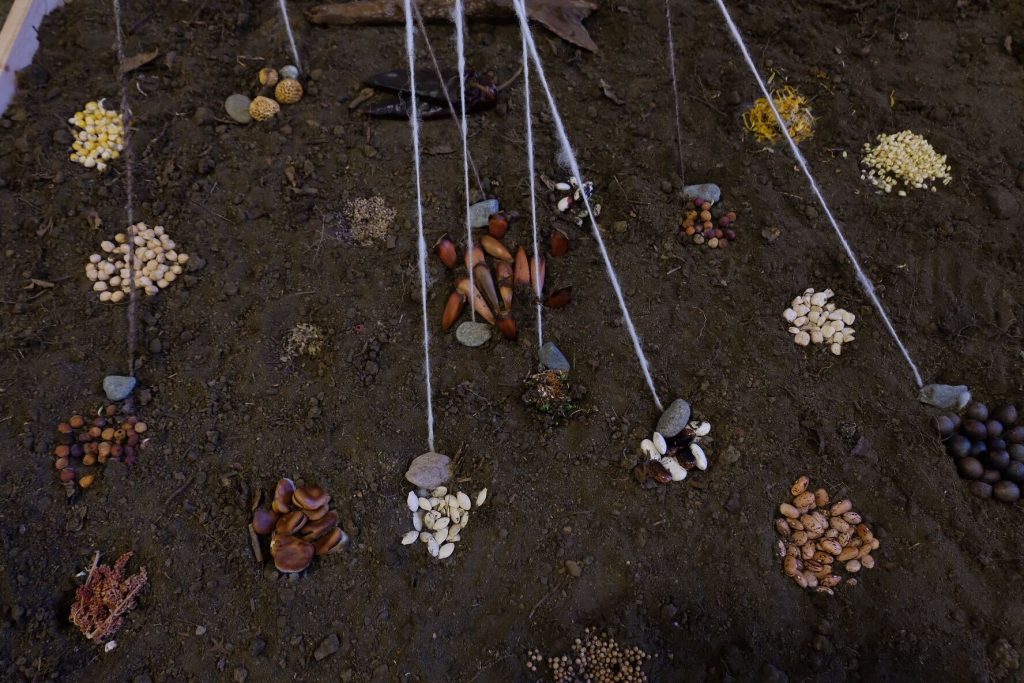 What does our territory taste like? How does the health and biodiversity of a landscape also respond to the biodiversity of our food? These are some of the questions from which this work, still in construction, was based on, which was inaugurated on January 27. The opening was attended by the Director of Municipal Education, Luzmira Molina, members of the DIMAO (Directorate of Environment, Cleanliness and Adornment of the Municipality of Curarrehue), the professor Eduardo Montecino, Mapuzungun educator Silvia Navarro, and Mr. José Armando Pichunmilla, among others.

The initiative seeks to collectively reconstruct the meanings, experiences and memories that emerge from the link between people, local food and the care of nature.

It includes, among others, a soundscape that compiles the voices of various people from Curarrehue, and a collective mapping that took place during a meet with members of the community. Seeds, foods and their preparations are shown, as they are essential parts of a landscape that must be recovered and preserved, where the desires and actions present also emerge to take care of the territory. 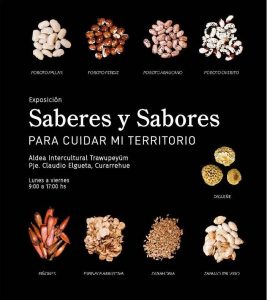