After a year's worth of meteorological data, we observed a rise in temperature, a decrease in the amount of snow and a prolongation of forest fire risk periods.

In January 2018 the Tres Hermanas meteorological station was installed in Fundación Mar Adentro’s privately protected area (PPA) – Bosque Pehuén, with the goal of obtaining data on climate variations that can contribute to a greater understanding of the climate changes in the southern part of Chile, in particular, the Andean Araucanía area.

The Tres Hermanas station, equipped with Campbell Data Logger, has been measuring wind speed, solar radiation, and the amount of rainfall and snowfall among other variables –information that aids in comparing weather patterns over the years, and which will broaden the understanding of climate variations on a local level.

Between September 2018 and September 2019, the meteorological data in the station was collected every 15 min. Carlos Mendoza, Fundacion Mar Adentro’s Conservation Coordinator, managed and analyzed the data to find that snow remains in Bosque Pehuén for a very short period of time, which is why it has not been accumulating and in turn has not entered the water system in the same way as it did before. Additionally, when comparing with other external records,  it evidently demonstrates that winters are becoming shorter, with increased temperatures and humidity, which imposes changes to the ecosystem and eventually will affect various species.

On the other hand, we were able to verify that the months of September, October and November present favorable conditions for the spread of forest fires, such as lower humidity and higher temperatures. This new piece of information is of extreme importance, because up until recently most data concluded that forest fires were only a hazard during the hottest months of the year (January through March), however the newly obtained data shows that forest fires preventive measures need to be taken into account as early as September due to its strong winds. 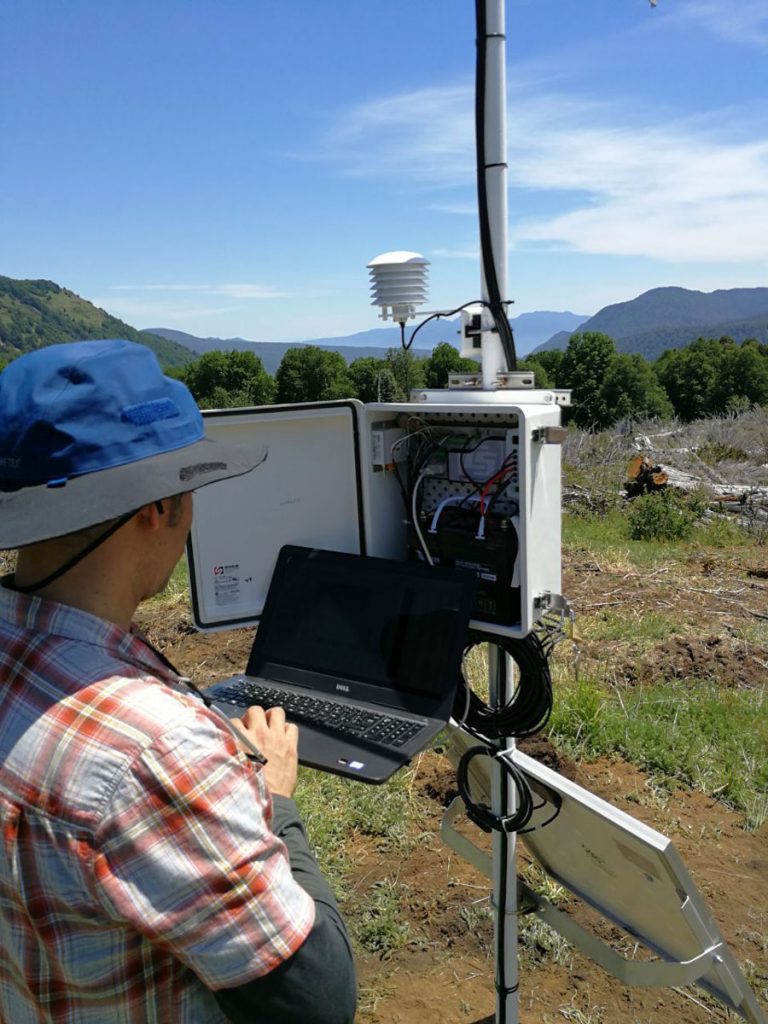 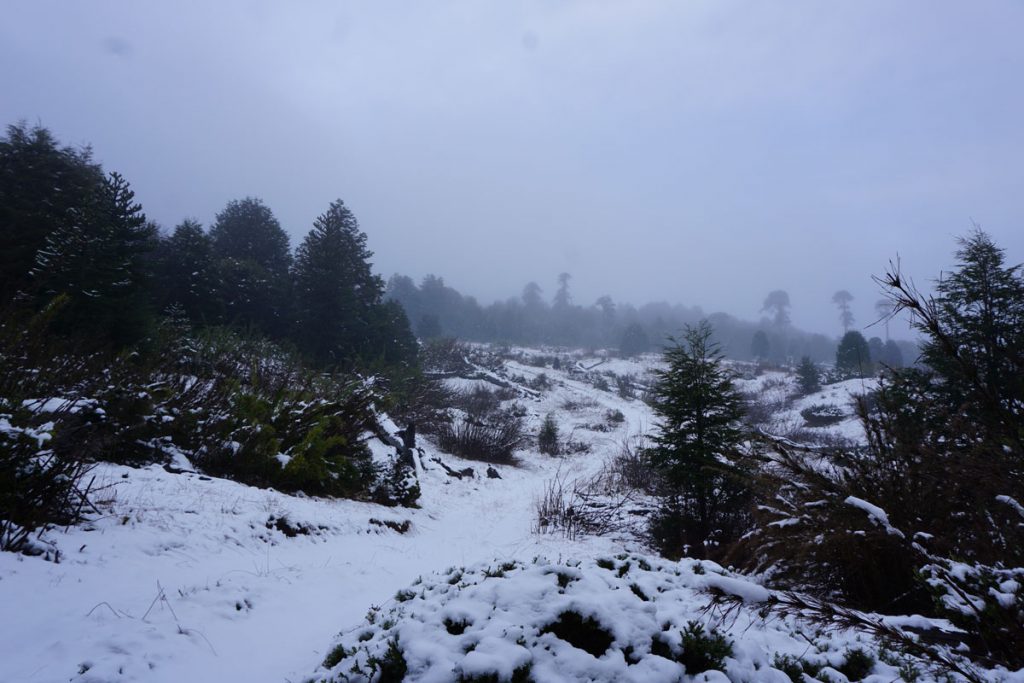 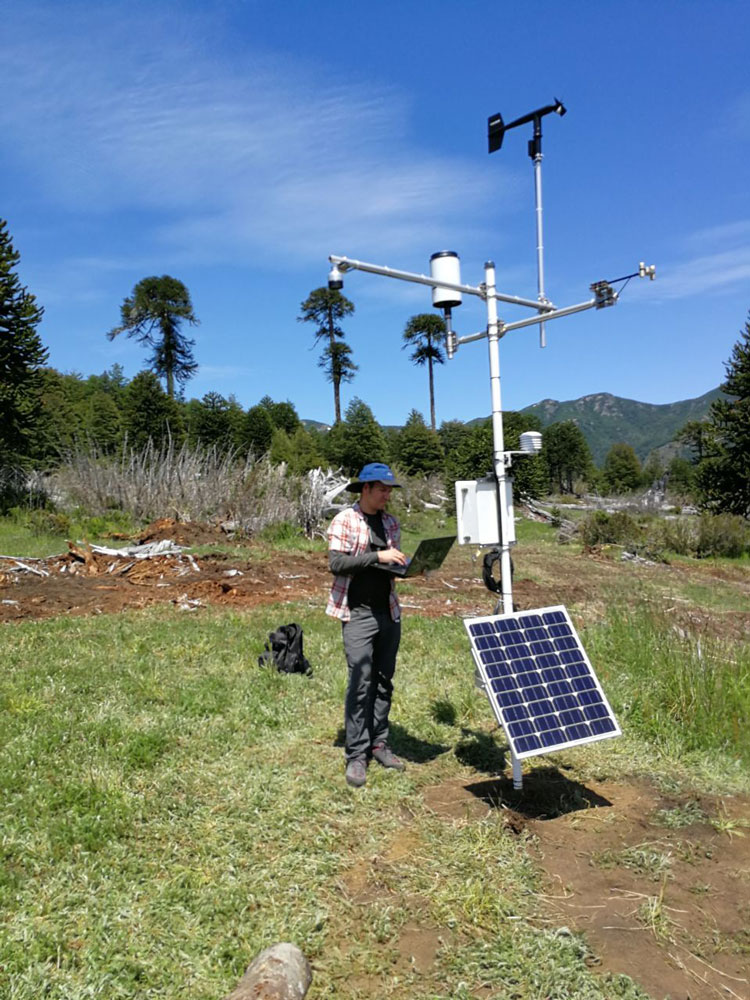 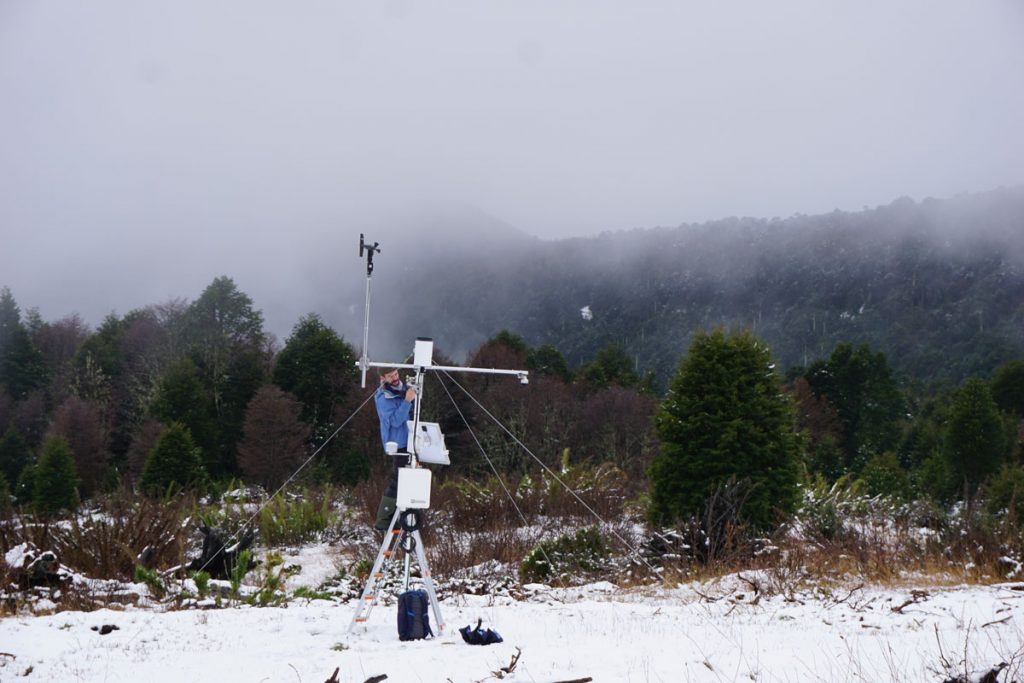