Fundación Mar Adentro has once again supported the great work of NGO Toki, an organization that seeks to preserve the Rapa Nui culture and project it out into the world, signing an agreement to provide scholarships for three music teachers to impart music lessons.

Hanga Roa, April 2016.- The excitement was felt this afternoon in the enigmatic territory of Easter Island when the doors of the School of Music and Arts of Rapa Nui was finally opened to the public. The event was attended by artists, parliamentarians, prominent political leaders, diplomats, businessmen and the local community. It is the culmination of nearly two years of hard construction work, which involved more than 400 volunteers from all around the world. The building, which was built through the combination of traditional construction materials with waste, is the first sustainable music school from Latin America.

This initiative of the Toki Rapa Nui NGO stems from the concern of the outstanding pianist Mahani Teave and other youn adults of the Rapanui community to provide a space of opportunity in which to develop their artistic talents. The project was designed by the father of sustainable architecture in the world, Michael Reynolds. Since its beginnings, the construction was supported by Entel, Desafío Levantemos Chile and the Municipality of Easter Island. “We are a people that vibrate a lot with art and we needed to have a space like this. Our children now will not have to travel to the continent to pursue any artistic discipline. This is a great day for Rapa Nui, “said Mayor Pedro Edmunds to highlight the importance of this new school.

Reynolds, dubbed by the press as “the warrior of junk”, has been working for over 40 years in raising sustainable buildings in places as diverse as Malawi, Ushuaia and New York. To carry out this project in Rapa Nui, the architect worked with the engineer and director of the Toki NGO, Enrique Icka, who specializes in sustainable buildings. Icka was at the head of the execution of this school, utilizing the Earthship Biotecture method, a construction system based on the combination of basic materials such as cement and the reuse of items in disuse such as tires, plastic and glass bottles, cartons and aluminum cans, among others.

“We used as a base the Earthship model but adapted it to the reality of the Island. We wanted to learn from the new technologies and knowledge that exists in the world, we sought out to explore and incorporate everything we learned in this exploration in our building. To construct on the island was a challenge, mainly because of the distance and lack of materials, but thanks to the efforts of many people we were able to make it possible,” said Enrique Icka.

For the director of Toki NGO, Mahani Teave, the preservation of the local culture became her true crusade since she began her international career under the tutelage of award-winning pianist Roberto Bravo. “Coming to realize that we had to do something concrete was a gradual process. Now that we see the finished work it is something that is inexplicable. We could not have done it without the support of the volunteers, the inhabitants of the island that opened their homes and cooked for those who travelled to help. This is a work of many people. It is a gift for Rapa Nui that we hope they take full advantage of. Our challenge now is to obtain support to ensure the classes that we already have and continue to grow in disciplines and infrastructure,” she said, while overseeing details of the inauguration.

Inauguration ceremony of the Music School

Fundación Mar Adentro has committed to supply the professional fees of 3 teachers during 2015 and 2016 on the grounds that the actions of  the Toki NGO help create new educational models. “The people of Rapa Nui teaches us new ways of doing things: to educate new generations emphasizing their cultural richness while in parallel being environmentally sustainable. All this, always conducted in a spirit of community. This work is possible because we share, together with TOKI NGO, the aim of promoting a comprehensive educational model to children and young adults, providing them with a space and tools for artistic, social and cultural development, in the interest of sustainable development,” says Madeline Hurtado, president of Fundación Mar Adentro.

The Toki NGO is a center of Rapanui integral development, that seeks to rescue the culture and provide opportunities, which up until now had been practically nonexistent, for the children of the island. The School of Music and the Arts up until now functioned in different parts of the island, providing free piano, violin, cello and ukulele lessons to 70 children and youth adults. The inauguration of this building will serve to host more students and expand onto other disciplines such as dance, language, painting, sculpture and Rapanui medicine, among others. The challenge now is to obtain funding for further growth.

Toki counts with the continued support of Fundación Mar Adentro and the Naviera GV, great allies of this project. The NGO also receives support from the Valparaíso Council of Culture and the Arts (CNCA), Coca-Cola, the Swiss Embassy in Chile, the LAN Easter Island offices, Caja Los Andes, Morpho, Audiomúsica, the Corporación Arte + and many individuals and entrepreneurs who believe in building a new reality for Rapa Nui. 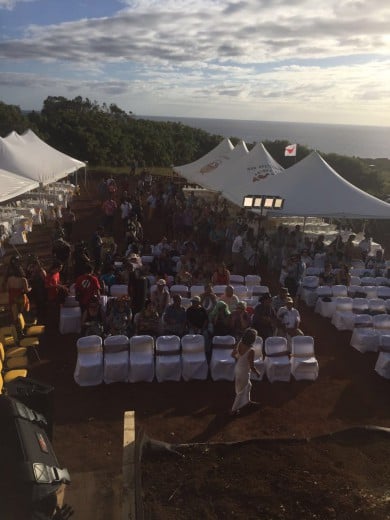 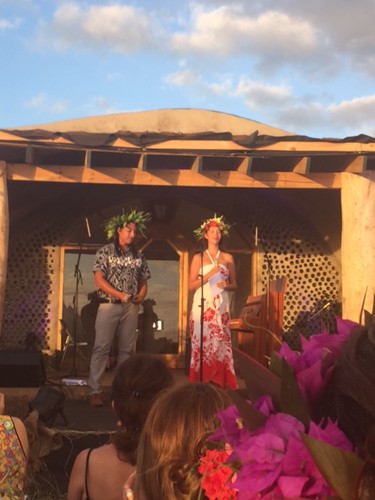 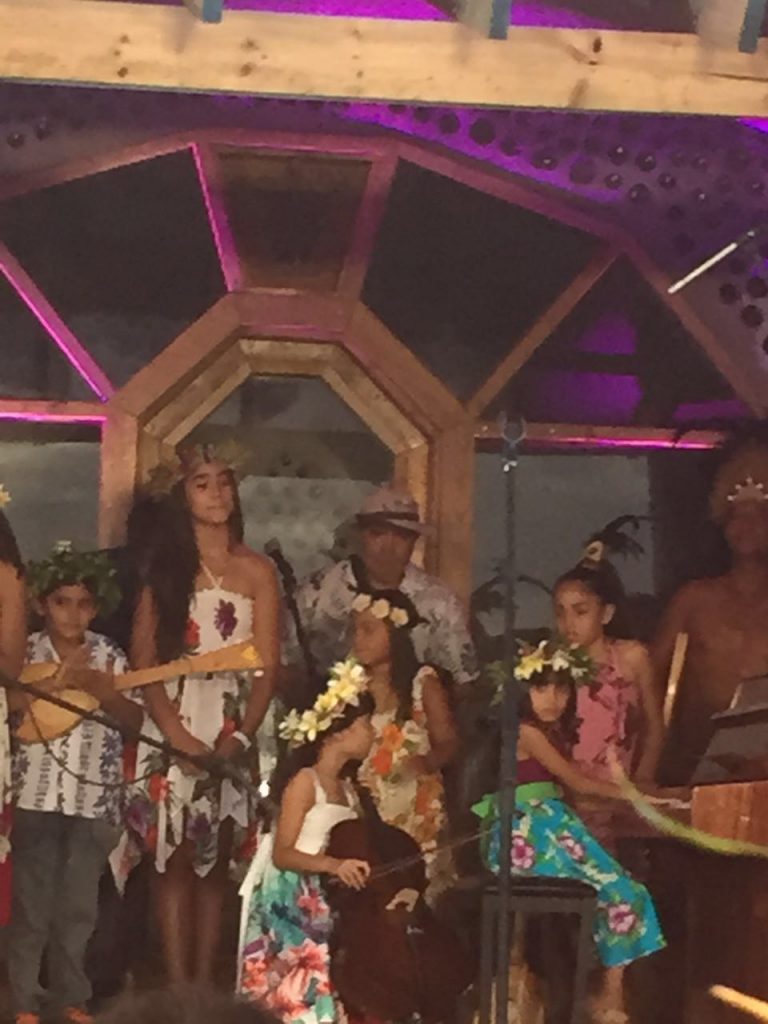 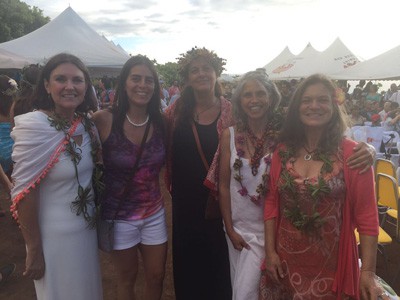 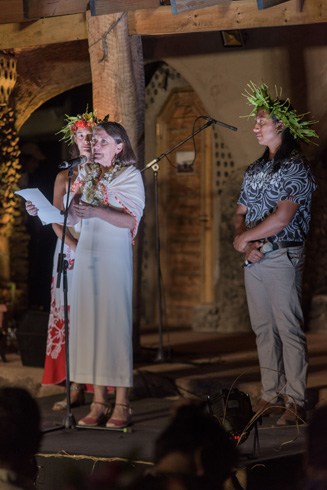 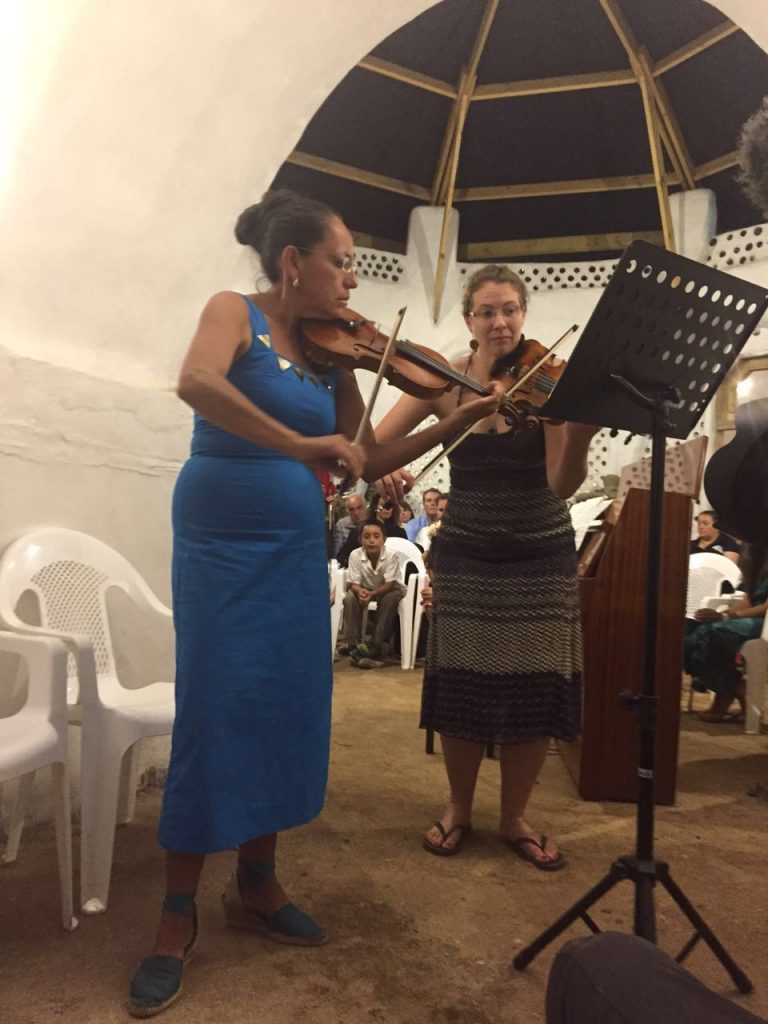 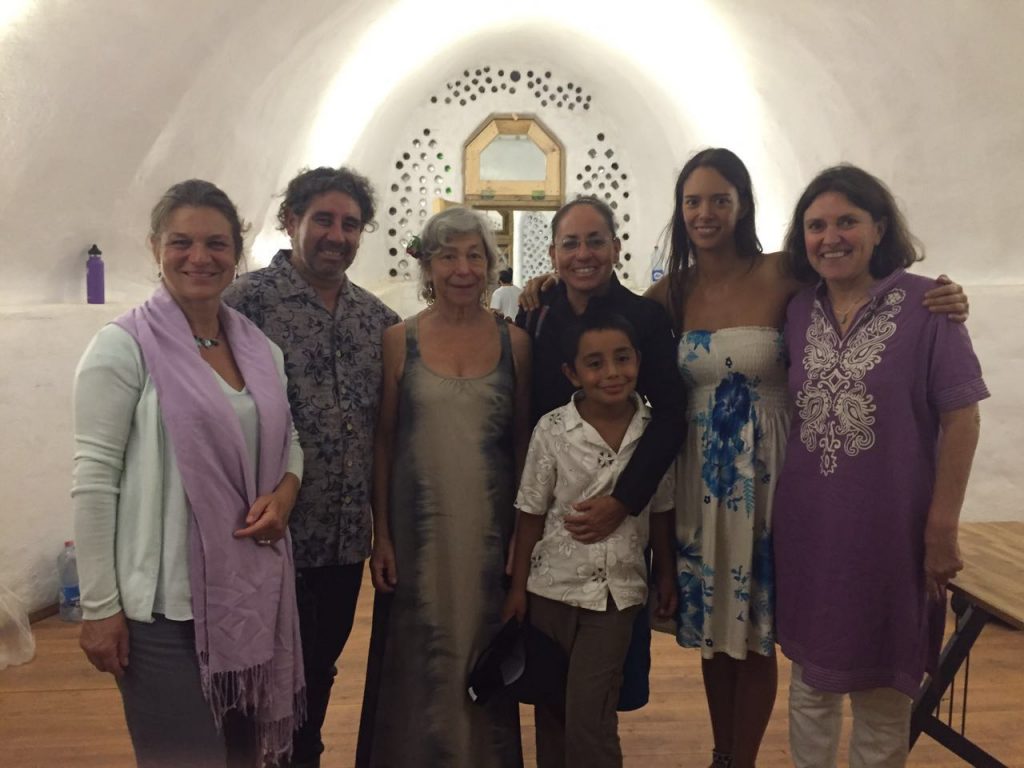 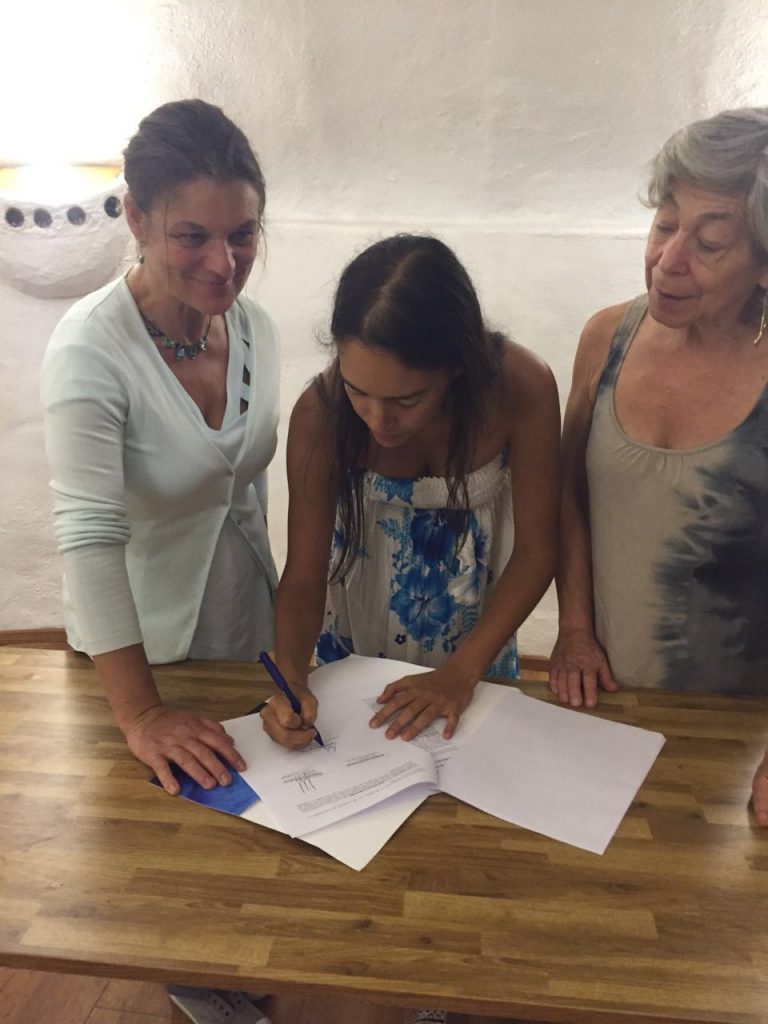 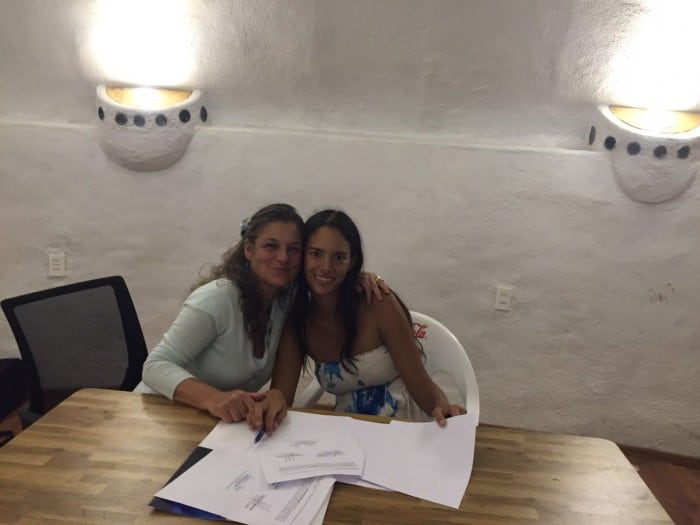 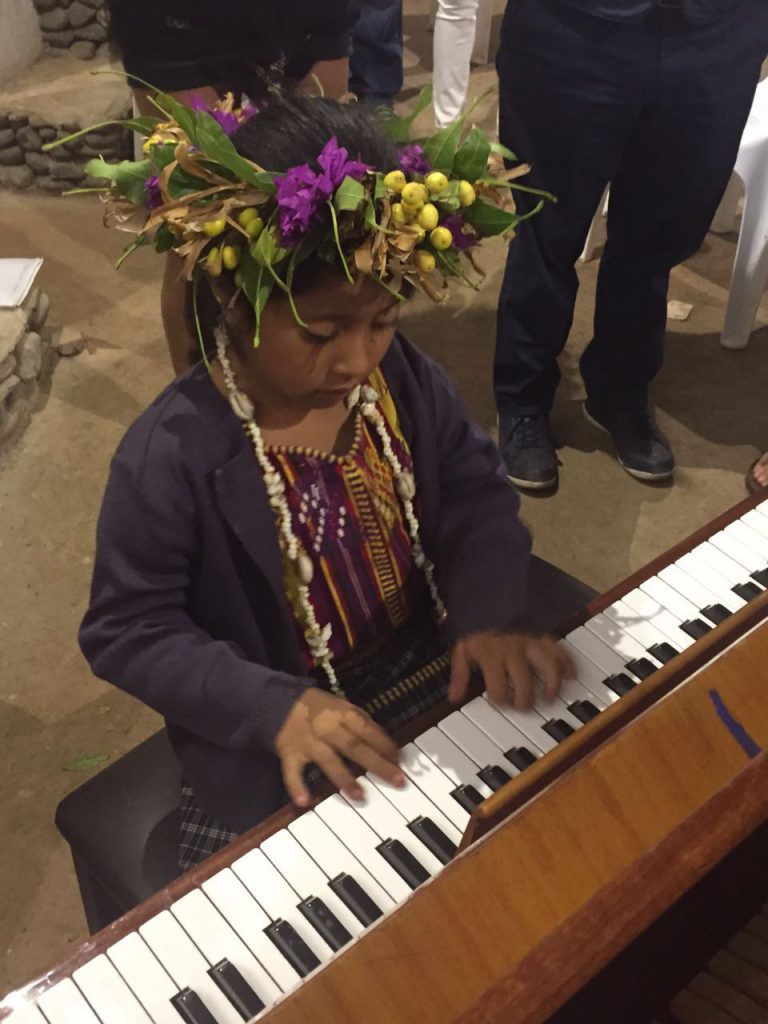 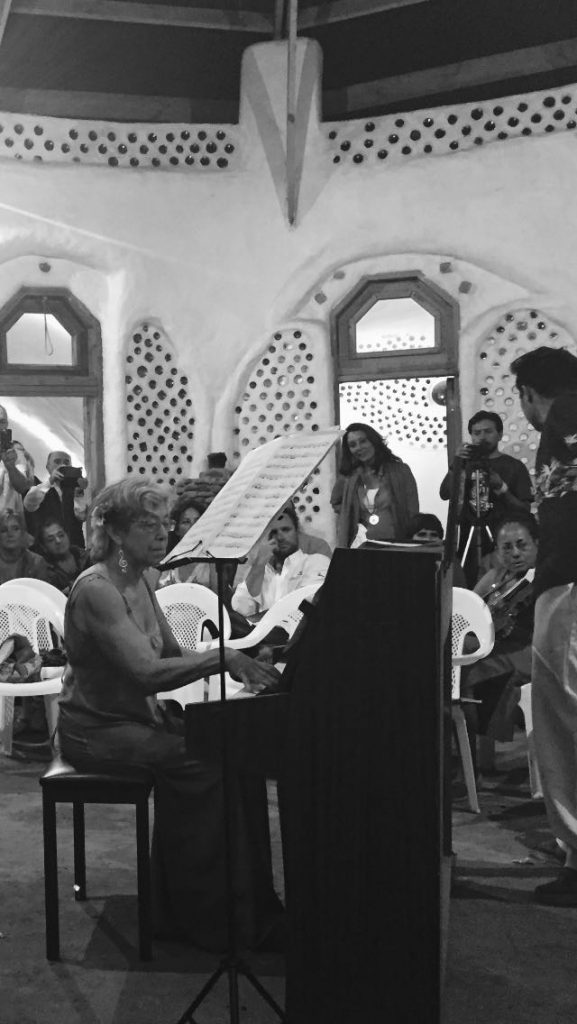 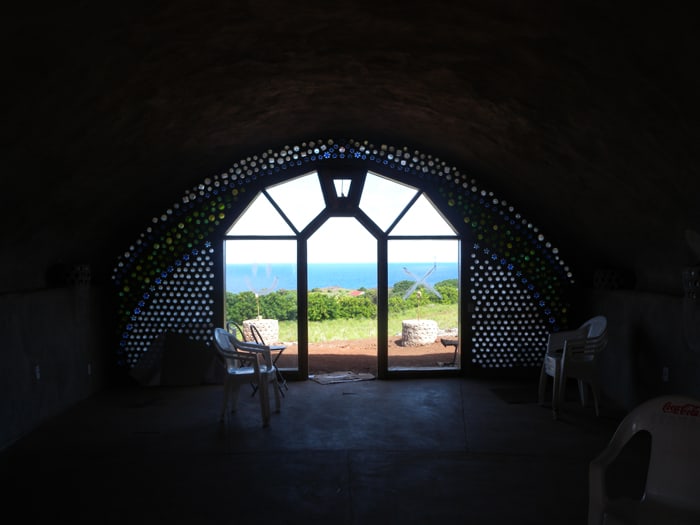