The project, directed by Fundación Mar Adentro in collaboration with the Ignatian University Center of Alberto Hurtado University, is permanently exhibited in one of the inner walls of GAM Cultural Center. There also is a giantography announcing the mural and background information in the Universidad Católica subway station.

On June 6th, an opening was held in the Gabriela Mistral Cultural Center (GAM) revealing a mural created by 25 Haitian children, ages 6 to 15, together with outstanding Chilean illustrators Matías Prado, Tomás Olivos, Daniela William and Sebastián Ilabaca, that depicts their vision of their life in Chile.

Zanmi, which means friend in Creol, which is also the name of the Spanish courses offered and conducted by the Ignatian University Center of the Alberto Hurtado University for Haitian children and adults in the commune of Estación Central. A group of children attending these courses held an art workshop with the four illustrators in December 2016, which led to the creation of a first smaller scale mural that was installed in GAM in January 2017 to accompany the exhibition of Haitian painter Edouard Duval-Carrié. As a result of all the positive outcomes of this activity, the Cultural Center proposed for this mural to become a permanent design within their facilities at a much larger scale.

The 8 x 6 meter mural was installed on the second floor of building B, visible from the central square for all visitors. Felipe Mella, director of GAM, together with the Minister of Culture, Ernesto Ottone, have praised this project for its positive demonstration of diversity and the appreciation for immigration, which can result in enriching our country with new eyes and thoughts. The director of Art, Culture and Education of Fundación Mar Adentro explained that the mural is a collaborative art project which follows the foundation’s spirit to promote initiatives that incite joint ideas and reflections.

“As a foundation we are interested in the artistic process in which the integration of migrations is reflected. Children are just forming their identities, their visions are unprejudiced, transcending territories. In the workshops what we saw was their need to adapt quickly to this new home that is now Chile. That’s why their drawings make up a rich iconography of diversity,” says Madeline Hurtado, president of Fundación Mar Adentro.

GAM was eager to host the Zanmi mural due to their interest in issues of inclusion and participation. “The mural makes visible the cultural change that is taking place in Chile thanks to the wealth that the migrants who come to our territory give us,” says Felipe Mella, executive director of GAM.

On the other hand, Rubén Morgado, director of the Ignatian University Center comments that “community work enhances creativity because it considers and appreciates the value that one is able to see when different ages, lifestyles and cultures come together under one common purpose. It is a reason for gratitude and ké kontant (joy in Creol), because the invisible ones are made visible through art.”

The work is also announced in a large reference gigantography at the northern exit of the Universidad Católica subway station, thanks to an alliance between Metro and GAM. Both institutions work with migration contents that generate greater openness and empathy: “We want our passengers to be inspired by these cultural manifestations that open us to new worlds,” says Javier Pinto, executive director of the MetroArte Cultural Corporation. 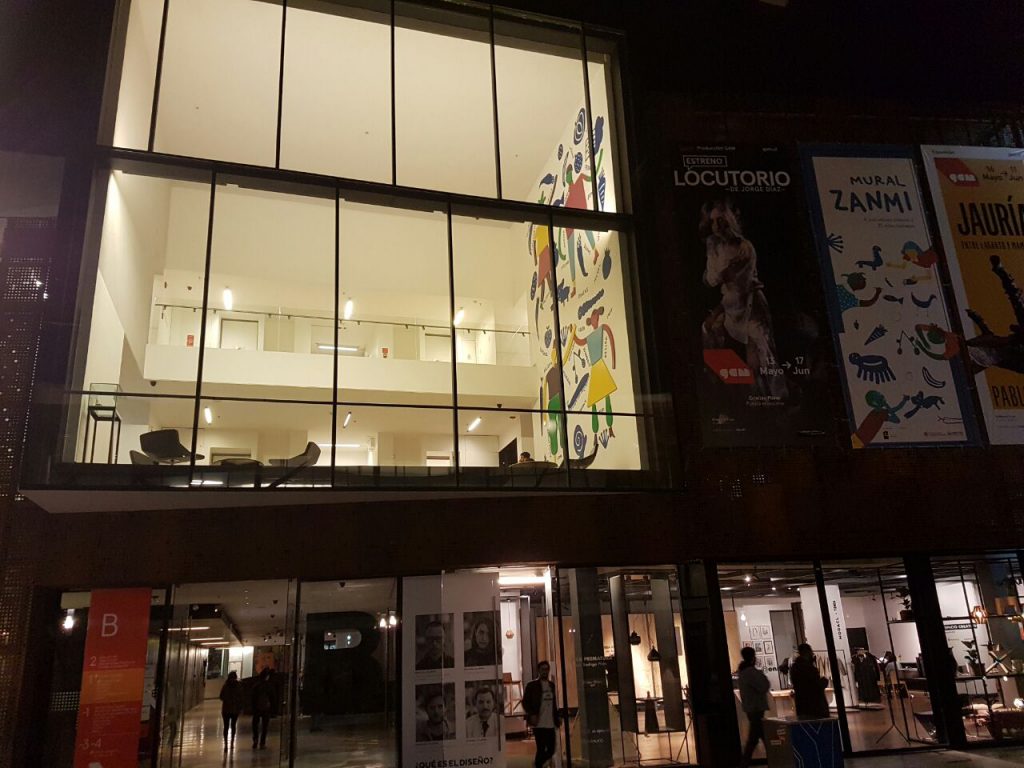 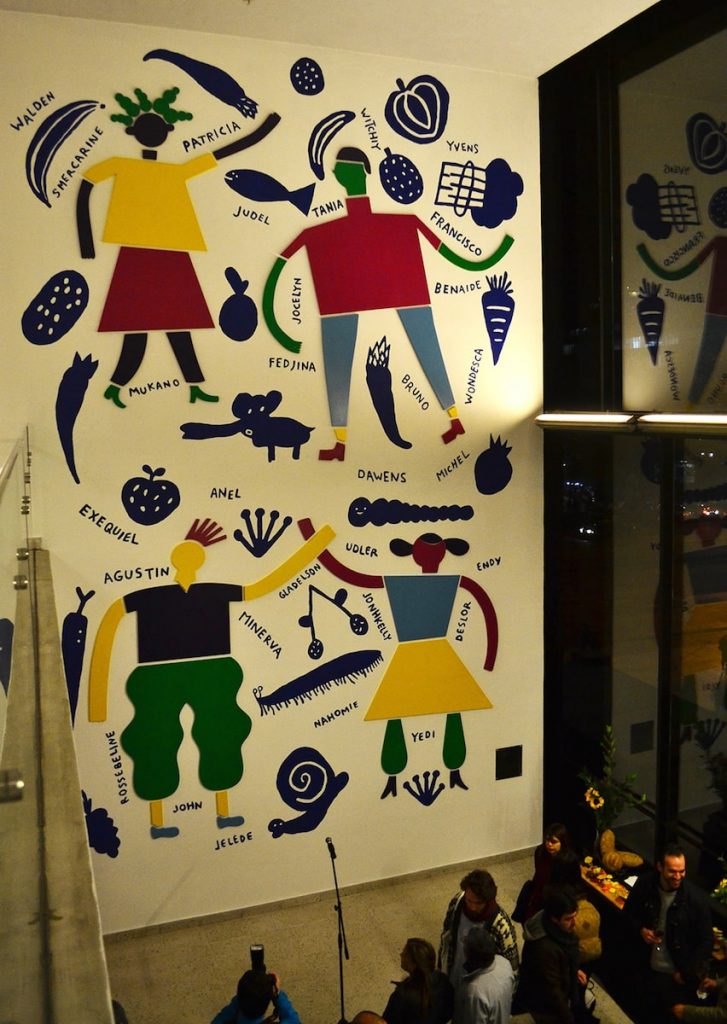 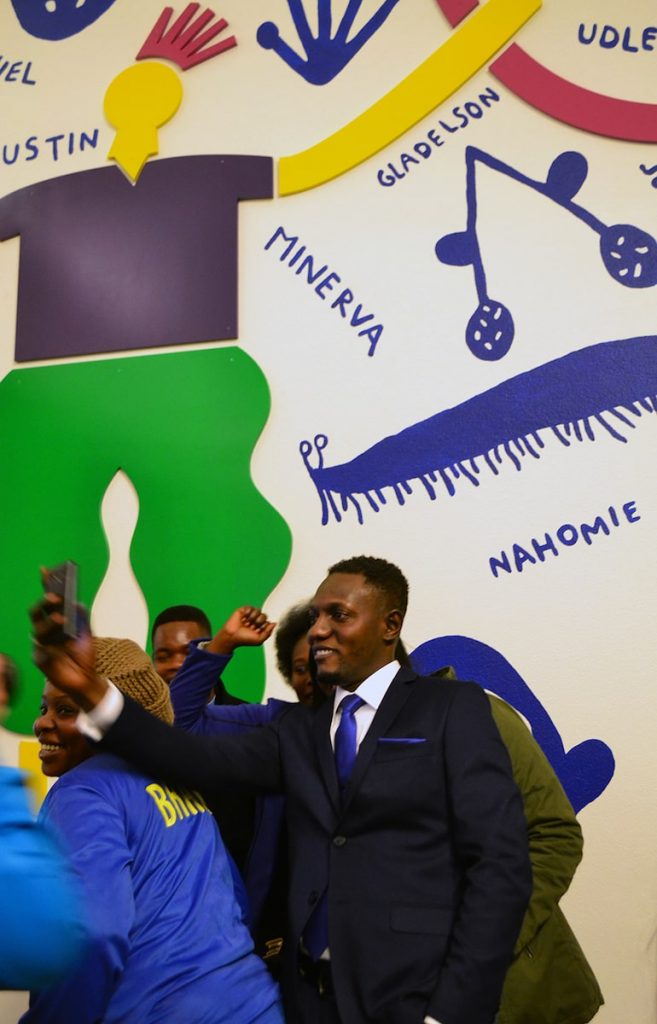 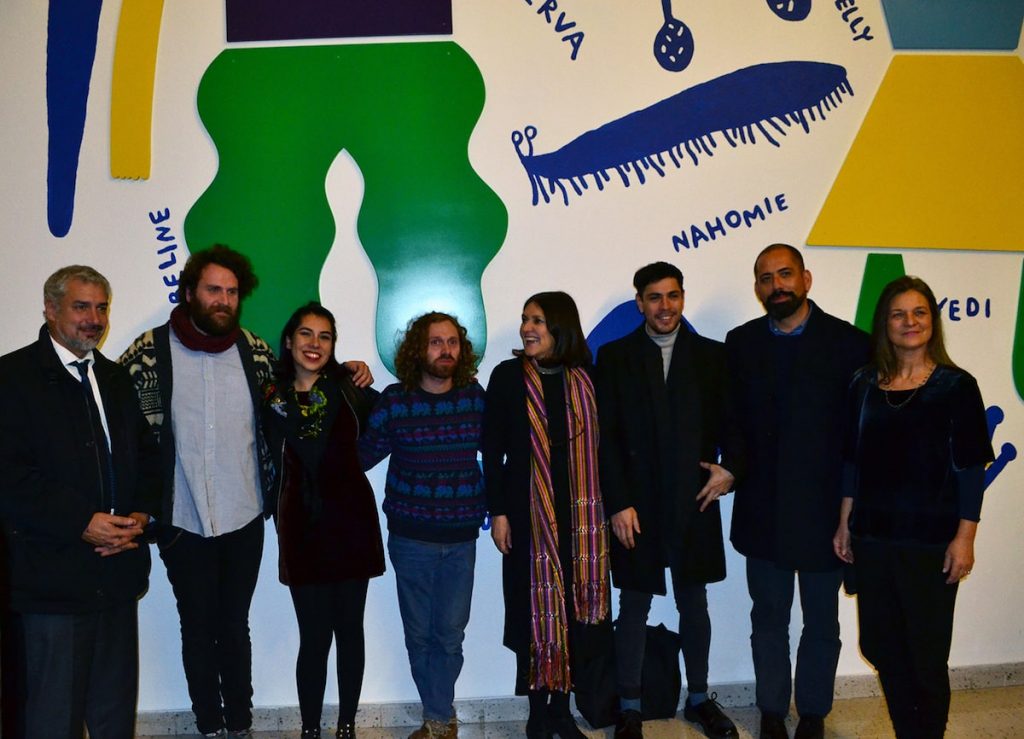 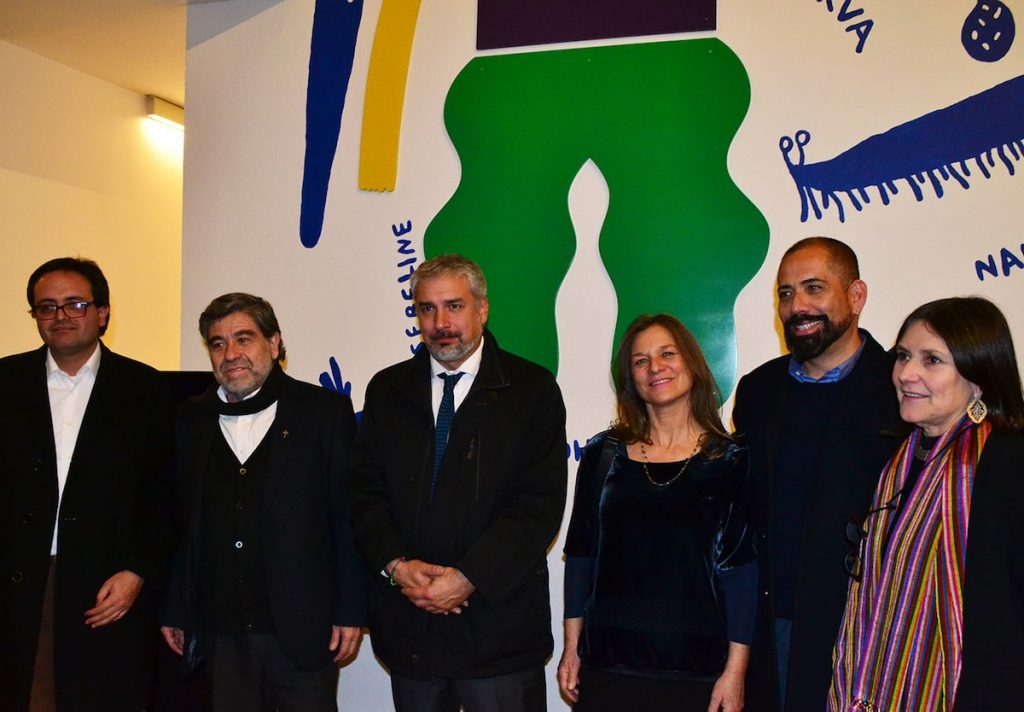 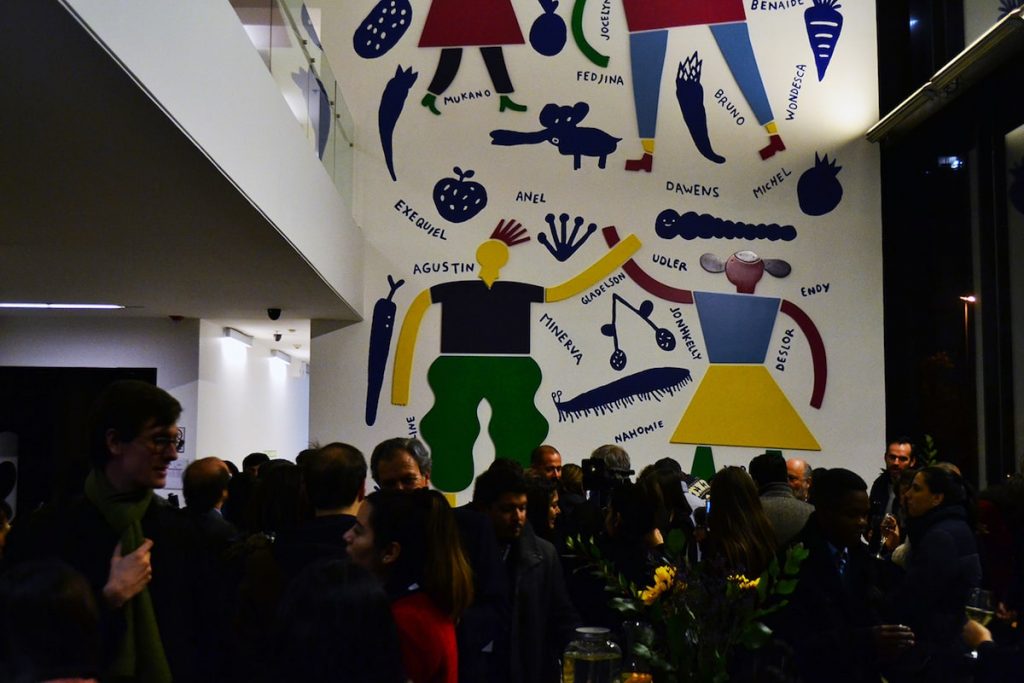 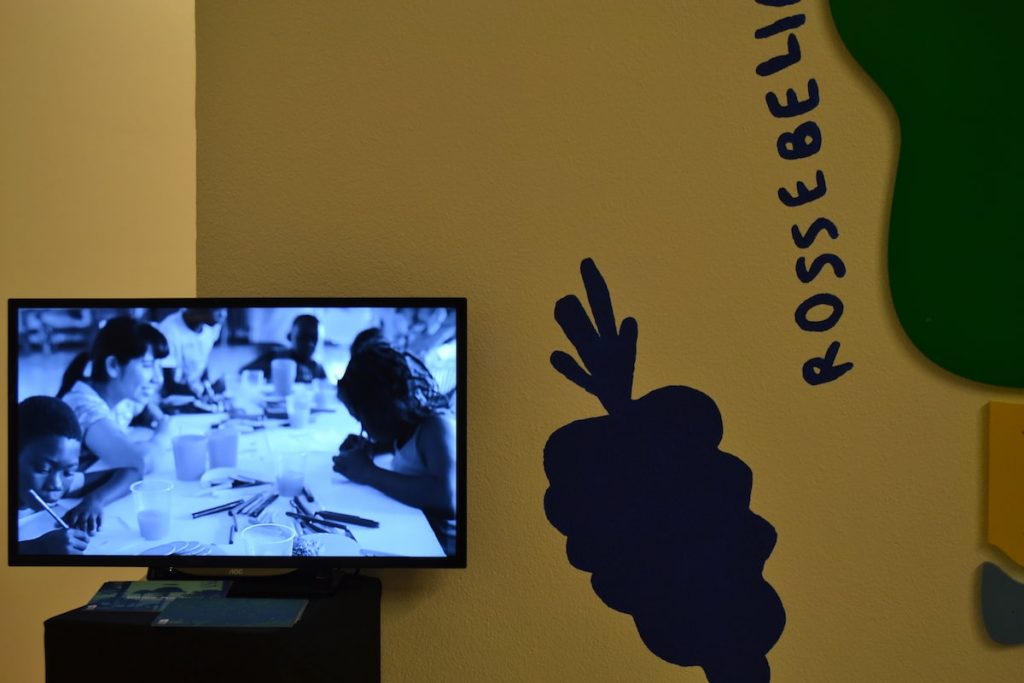 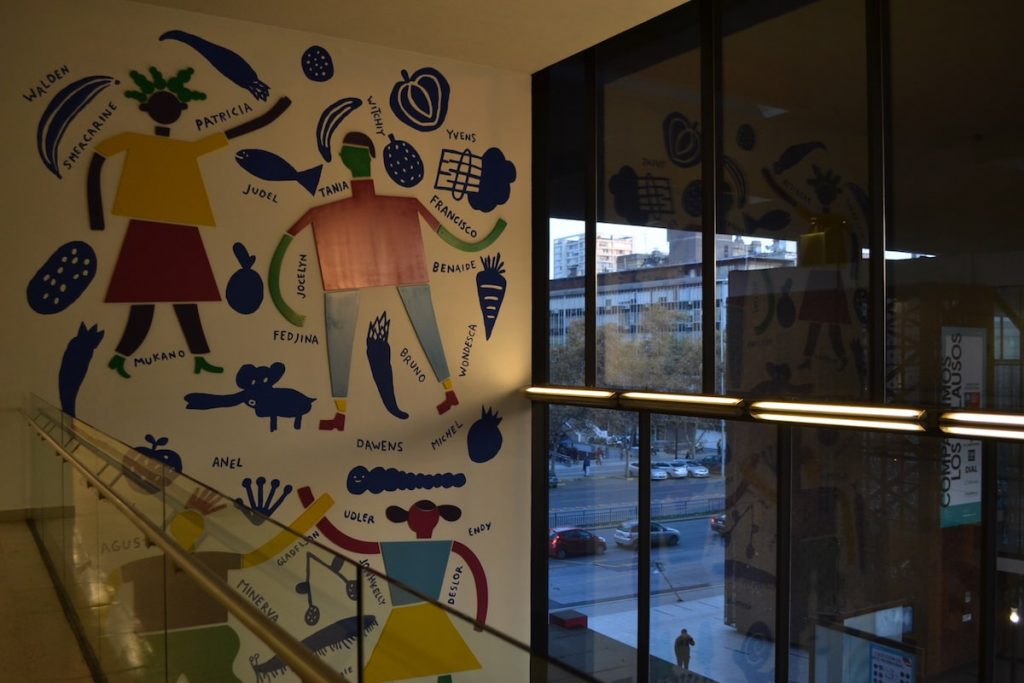 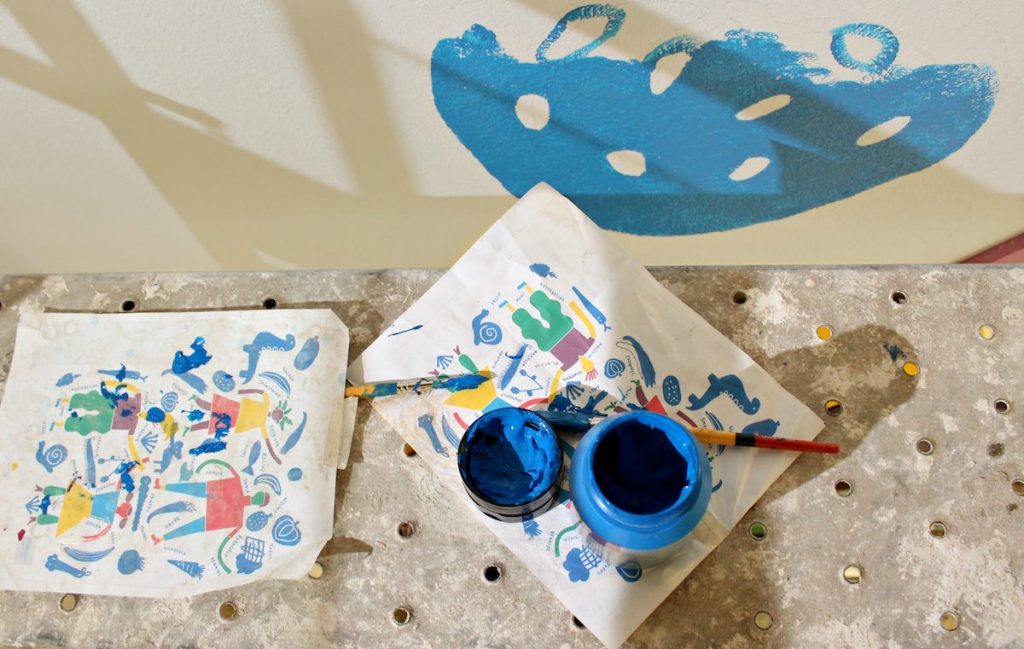 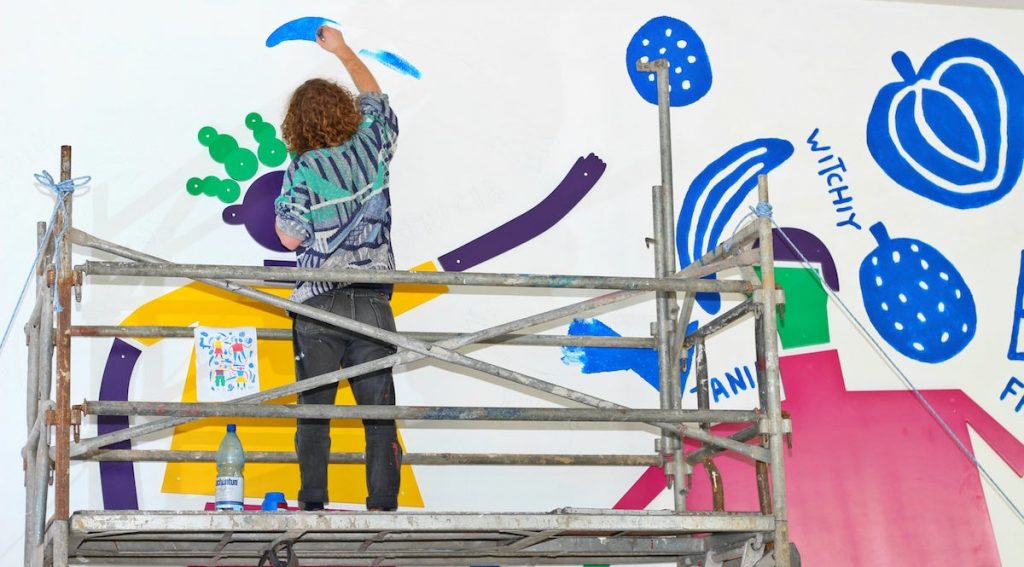 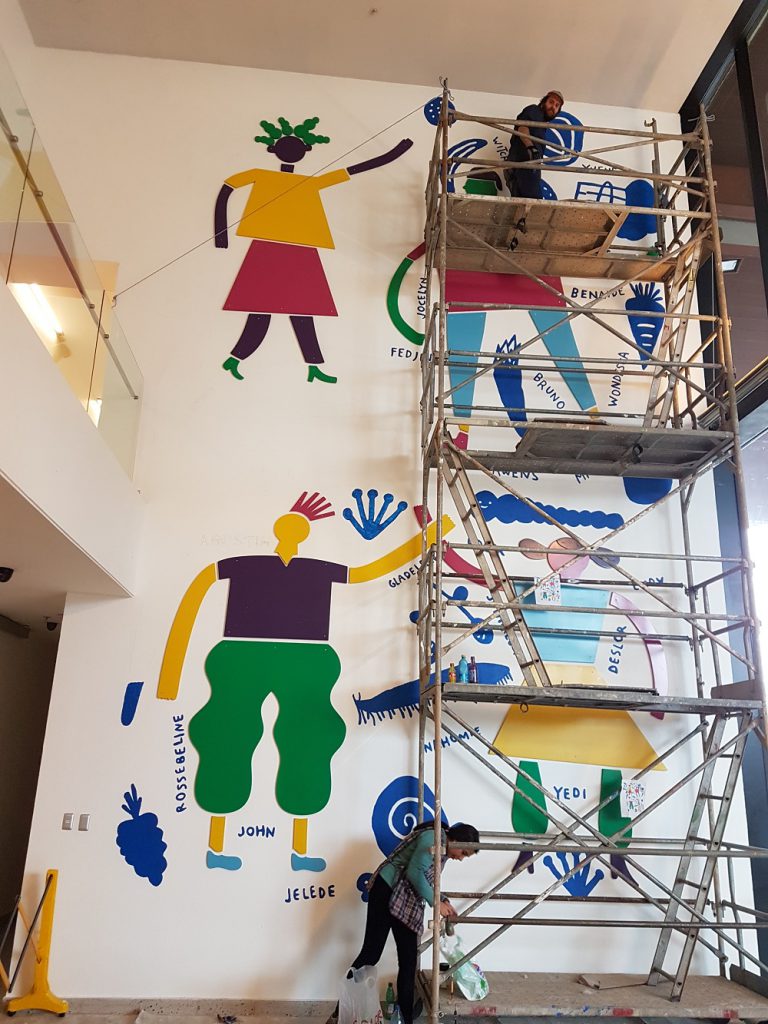