Four Chilean illustrators and four Nordic illustrators from Sweden, Norway, Finland and Denmark were selected and invited by Fundación Mar Adentro and the respective embassies to conduct a residence in protected areas of Pucón and Chiloé. They were accompanied by Chilean conservation experts. They finished their visit carrying out workshops in local schools of each locality as well as activities open to the community. At the Carileufu School they painted a mural.

“Illustration is an art and at the same time an efficient means of communication to create culture. As a foundation we have proposed to contribute to the changes of habits with respect to nature and our cultural heritage. This program of residences that links art, nature, science and education, we believe will have unprecedented consequences in the knowledge that will be acquired and dissemination of information that will contribute to the care of our natural and cultural patrimony from an artistic point of view”, comments Madeline Hurtado, president of Fundación Mar Adentro.

The residence, whose results and contents will be published next year in a book co-edited with Saposcat, invited 14 professionals from different disciplines and countries to live in Chilean protected areas to conserve their biodiversity. For 10 days they generated networks (between the 14th until the 23rd of November 2016), searched for interrelations between art and nature incorporating illustration and scientific studies as a means to think and communicate about the natural environment.

The selected Chilean illustrators were—under the curatorship of Maya Errázuriz and Amparo Irarrázaval, both from the Foundation’s team—illustrators Daniela William, José Tomás Olivos, Sebastián Ilabaca and Matías Prado. They interacted among with their peers Bjørn Rune Lie (Norway), Katrine Clante (Denmark), Siri Ahmed Backstöm (Sweden) and Linda Bondestam (Finland), thanks to an alliance with the embassies of Sweden, Norway, Finland and Denmark who made it possible for the four selected illustrators to travel and participate in Chile.

“There were several selection requirements. We searched for illustrators who had experience in conducting workshops because of the formative activities that were planned for this project,” says Amparo Irarrázaval and adds: “In addition, we chose Chileans born in the 80’s because we wanted them to be of early trajectory to give them the opportunity to share with more experienced Nordic illustrators, born in the 70’s. The selected Chilean illustrators have carried out exhibitions, publications, worked as art designers or are independent illustrators. Some of the Nordics work for newspapers such as The New York Times; have exhibited abroad; have outstanding clients such as The British Library; and have had many of their books translated into several languages.”

Within the curatorial criteria we sought out for artists who do not necessarily specialize in botanical illustration and that have had experience in working with different supports of design, that demonstrate technical amplitude as graphic design, muralism, and drawing, says Maya Errázuriz. “Versatility and interdisciplinary work reveals someone who is flexible and able to coexist with others. We interviewed them, even via Skype for those living abroad, because this residence does not look for certain results, but more so gave to artists freedom to create according to the experience lived in site. For this they must be tolerant to outdoor raids sharing with strangers,” she explains.

Daniela Reyes and José Tomás Olivos resided in Bosque Pehuén (Pucón) with the Norwegian Bjørn Rune Lie and the Danish Katrine Clante. In Chiloé, however, the group was made up by Swedish illustrator Siri Ahmed Backstöm, Finnish illustrator Linda Bondestam and the Chileans Sebastián Ilabaca and Matías Prado.

A look at the socio-historical environment was added to the visit. In Bosque Pehuén the illustrators were accompanied by the sociologist of the Foundation, Francisco Molina, to contextualize on the Mapuche culture. In Chiloé there was a day of contextualization for the illustrators where Renato Cárdenas—teacher, writer, historian and chilote poet—came to share his vision on how nature has influenced the Chilote culture. Eduardo Mondaca, a member of CESCH (Center of Social Studies of Chiloé), spoke about the impact of its history on the movements and social demands of today in the archipelago.

The international and interdisciplinary exchange also gave way to dialogues with the local culture since through the active participation of the illustrators in workshops for teachers and directors of schools of Chiloé. On Sunday 20th a workshop was held for all the extended community in the Plaza de Armas of Castro in which illustrators of the archipelago also participated, including Mauricio Álvarez, Ramón Contreras, Nadia Benavides, Javiera Cartes and Marcia Miranda. Convening all the community was thanks to the support given by the Municipal Corporation of Castro and the Department of Culture of the Illustrious Municipality of Castro.

Students of the Quelhue School during the workshop

In the case of Pucón the illustrators worked directly with children from the School of Paillaco, Carileufu School, where they painted a mural, and Quelhue School (whose director, Eligio Salamanca, was granted the national prize of the Global Teacher Prize Chile).

Scientists and Artists Living Under The Same Roof

In Bosque Pehuén (Pucón) the artists were guided by the engineers in Conservation of Natural Resources of the Universidad Austral, Daniela Mellado and Javier Godoy, who have been conducting research in the reserve since 2014 along with their teacher Iván Díaz. They were the ones who delivered scientific content and conducted guided tours through the territory.

The scientific advisor of the ancient Chilote forest and the Pullao Wetland was the researcher of the Universidad Austral, Iván Díaz. In addition, the illustrators were guided by bird expert Jorge Cárdenas of the Center for the Study and Conservation of Natural Heritage, CECPAN, who participated on November 15th in the visit to the Pullao Wetland site to deliver scientific content on the wetlands and observed birds.

This Illustration Art Residence is a project created by Fundación Mar Adentro, its team is composed of visual artists, curators and a sociologist, who joined the 14 invited professionals to direct and produce the project.

Fundación Mar Adentro is a private non-profit organization that develops art, education and nature programs to promote a change in the value that people give to natural and cultural heritage. 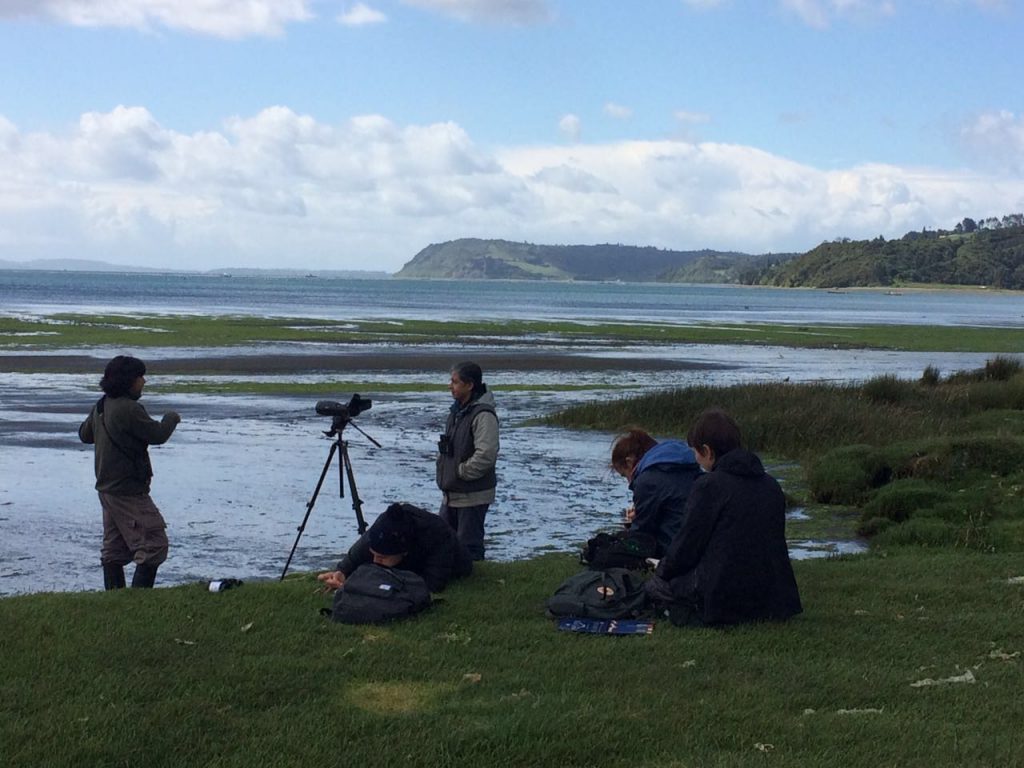 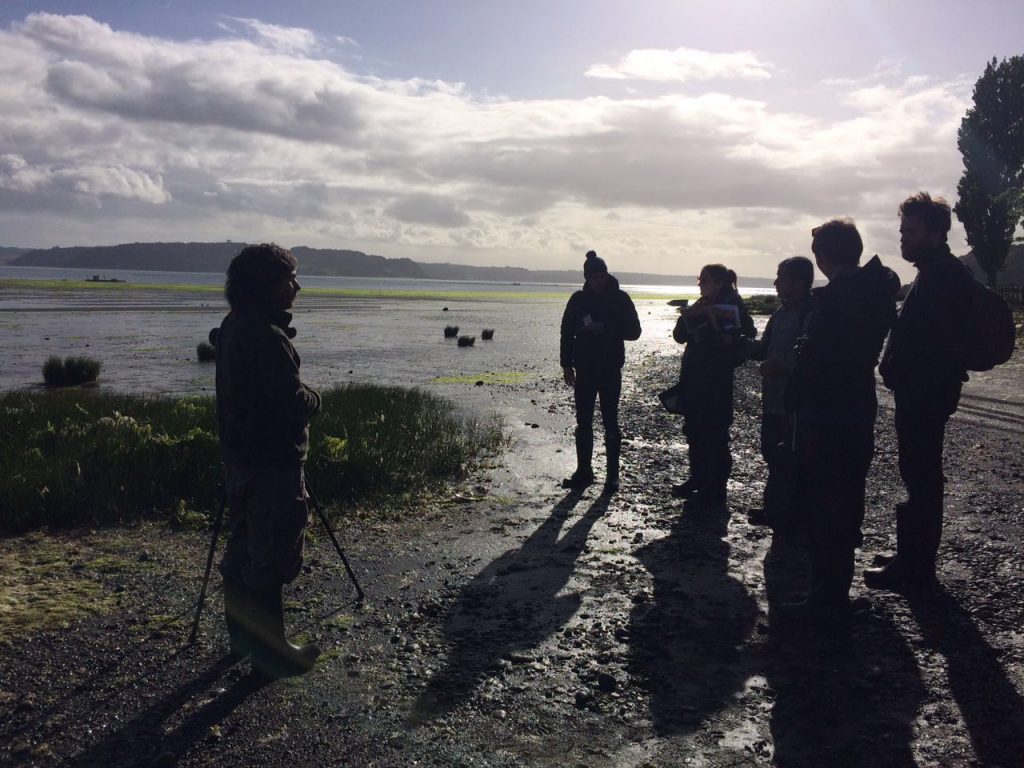 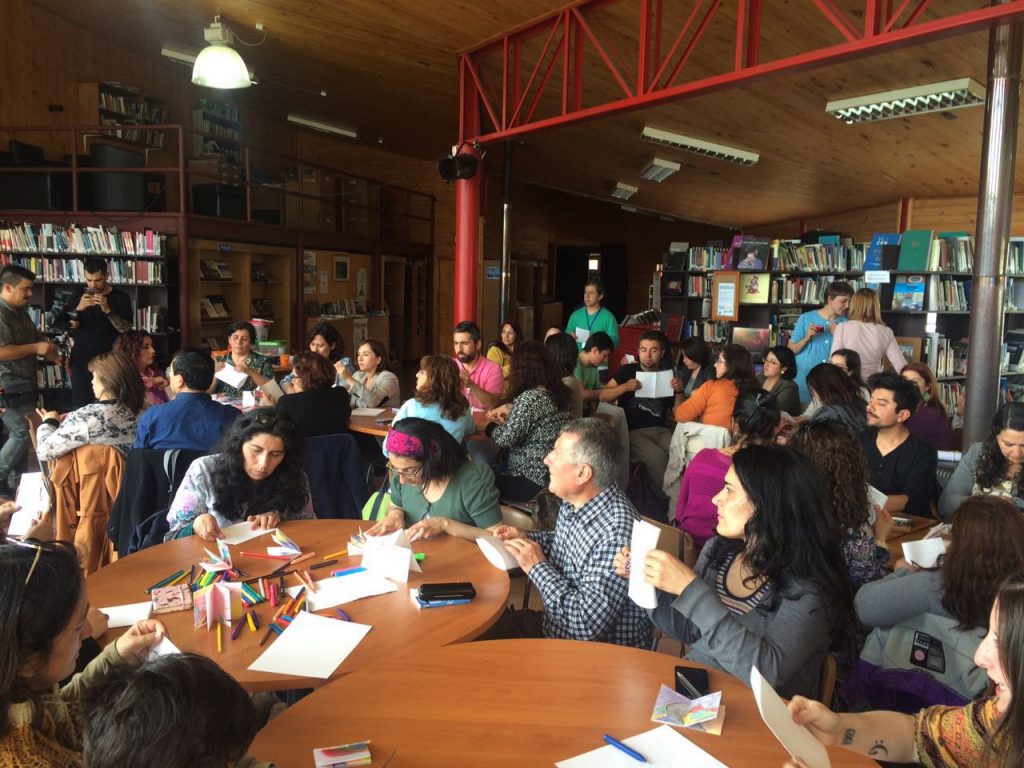 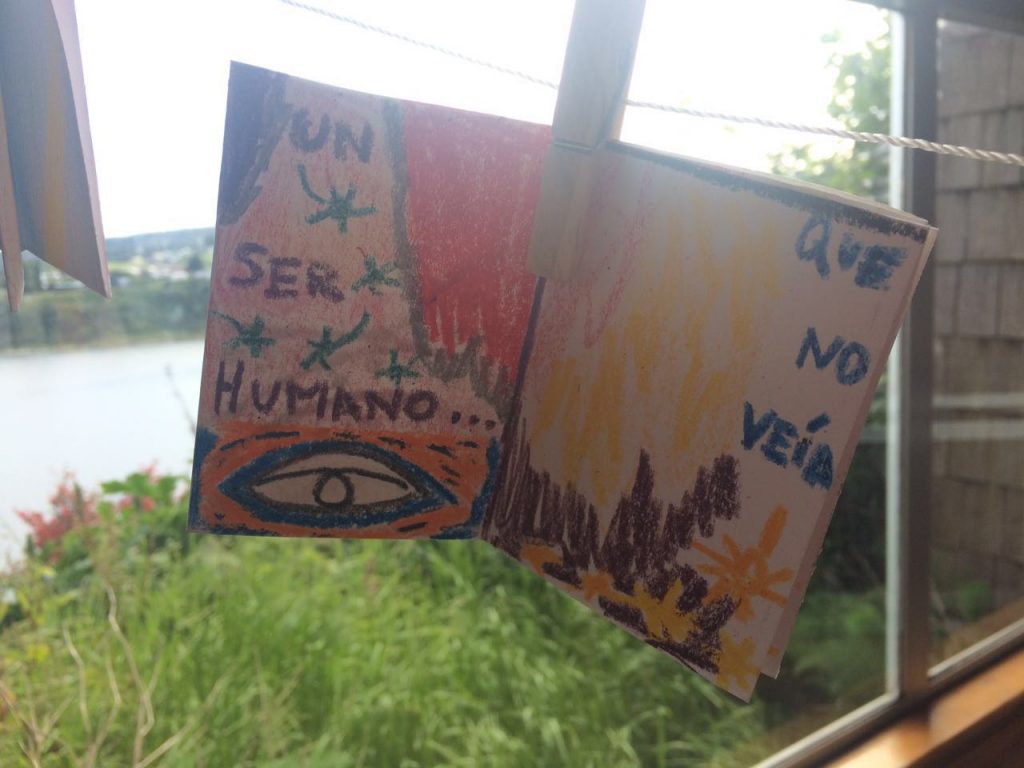 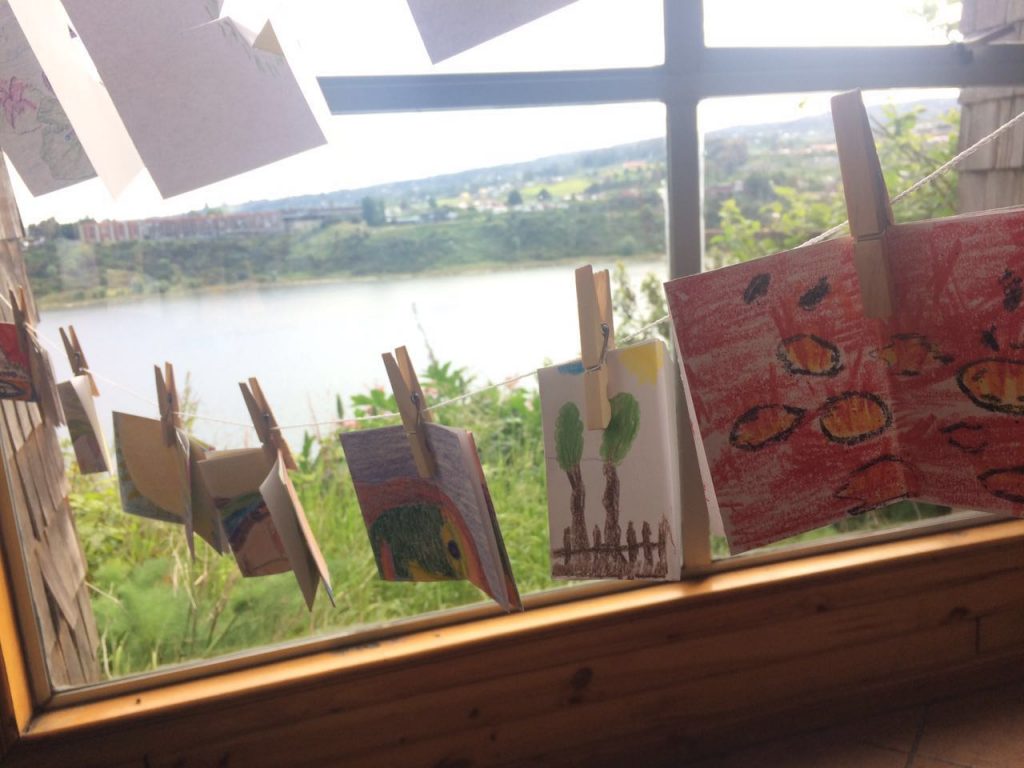 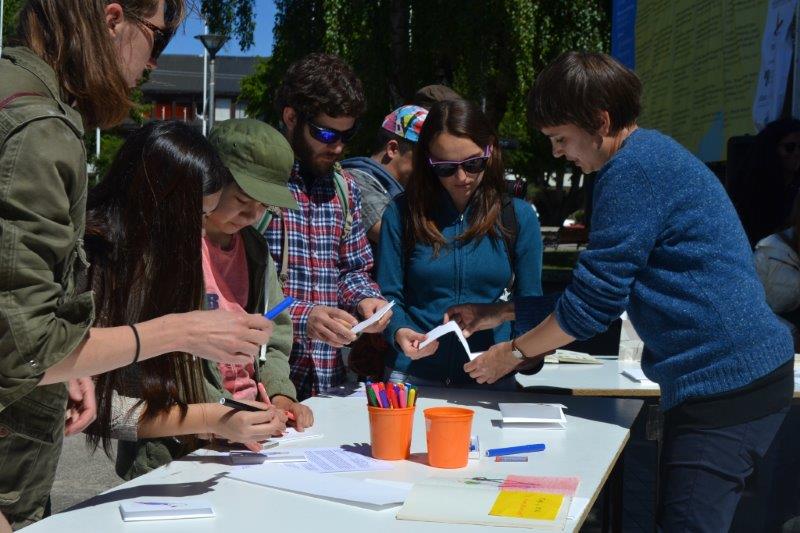 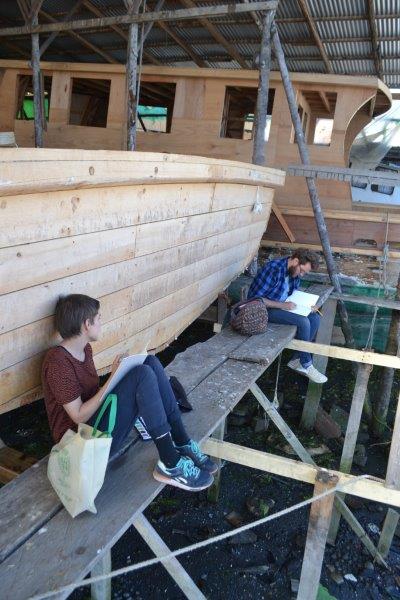 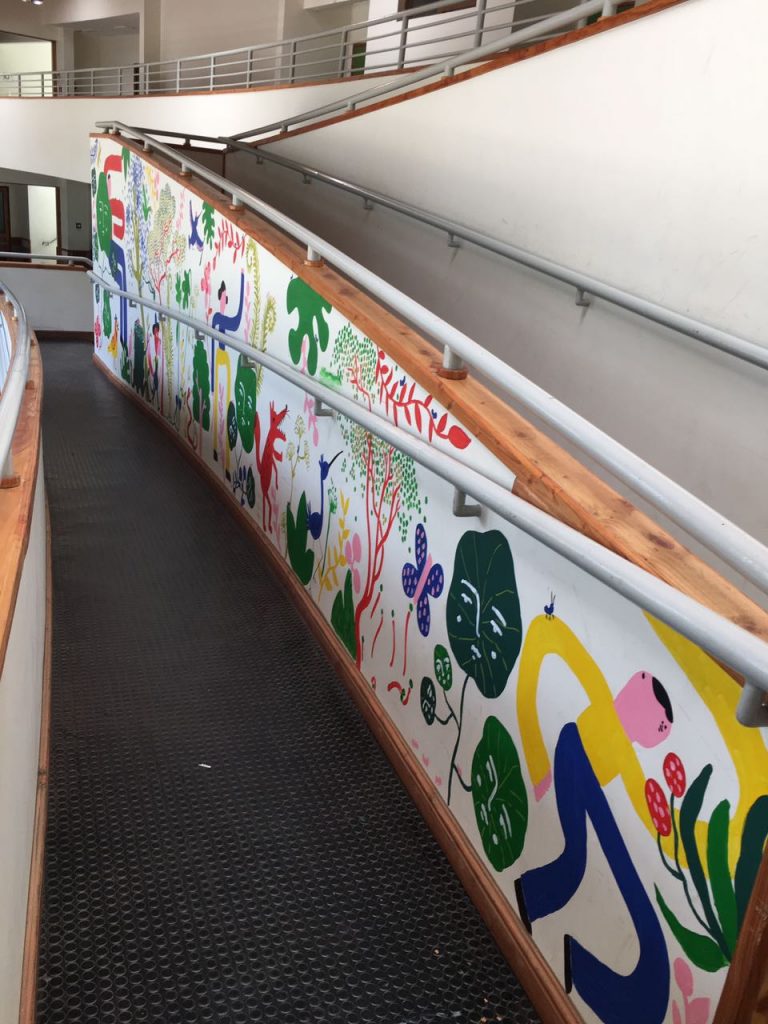 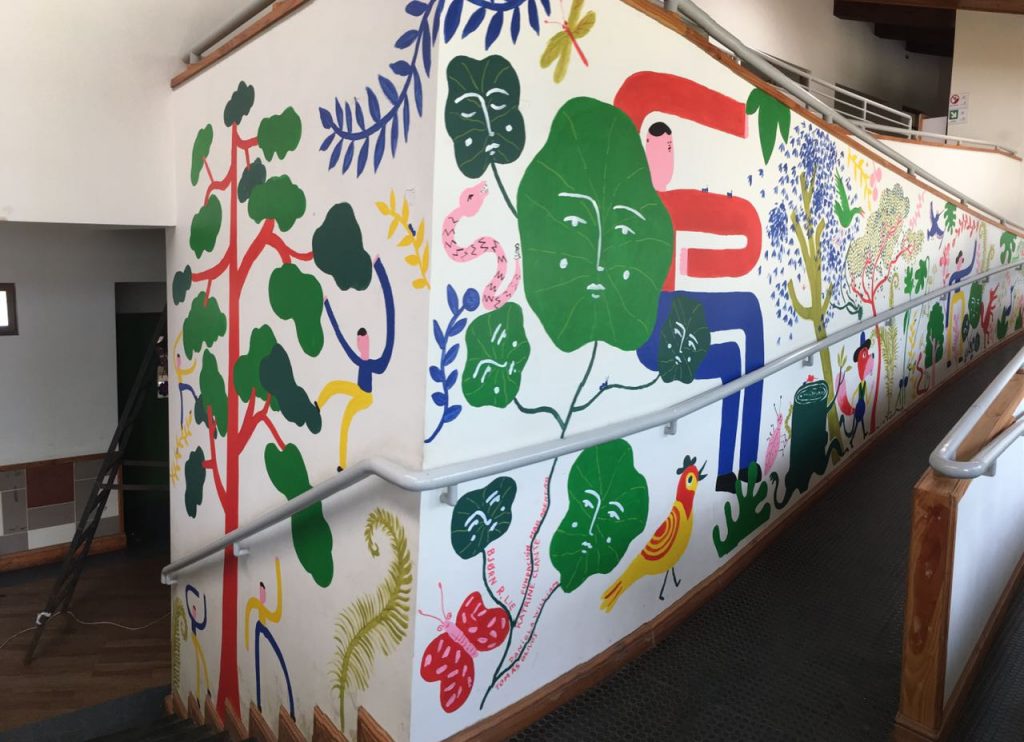 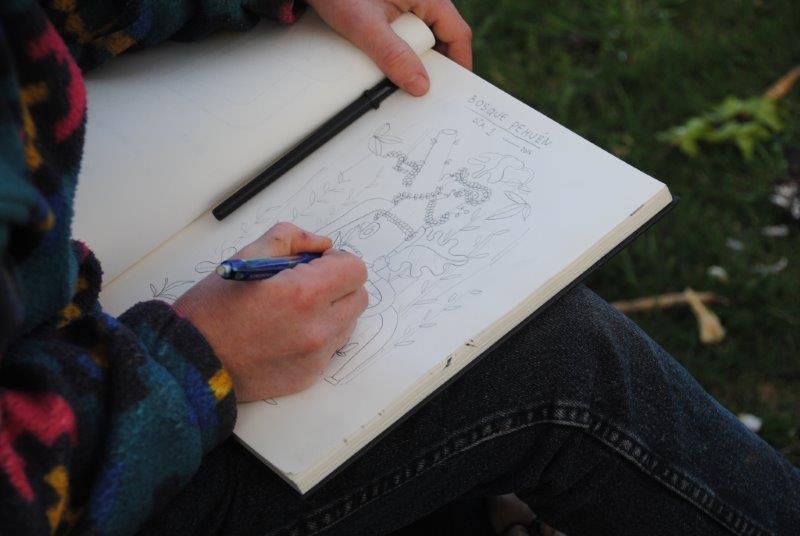 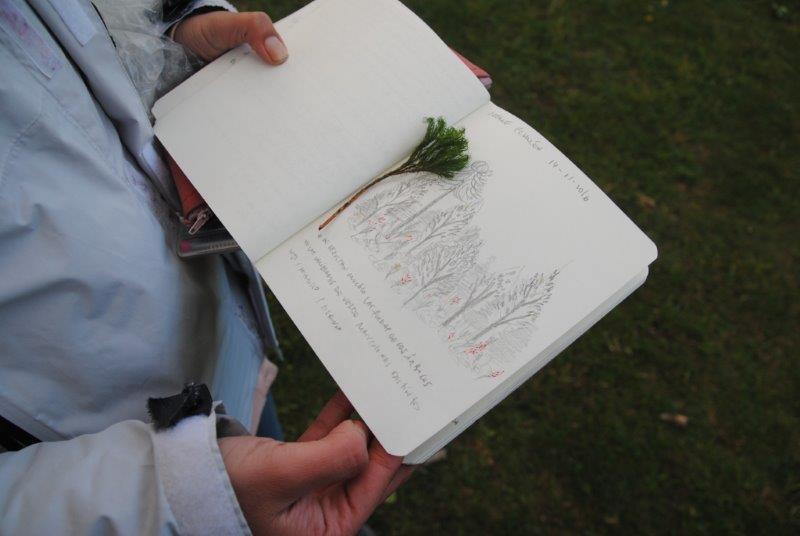 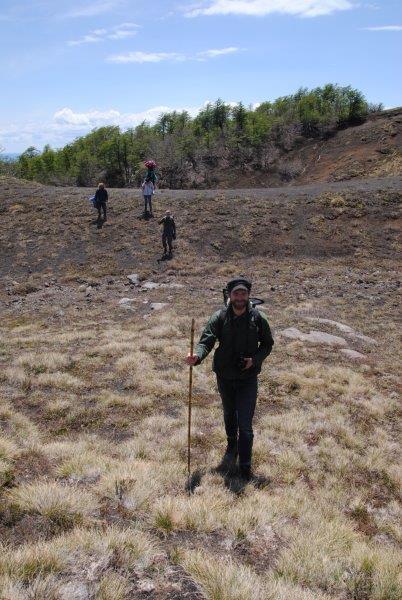