Representatives from various organizations of Playa Ancha beach participated in this collective learning experience, to explore the natural and cultural heritage through the senses and walks.

The territorial exploration, entitled Discover the Submerged, was the second activity of the artistic mediation of Somos Paisaje: Perceiving the Territory of Playa Ancha. The results of the program will be exhibited during the 2019 Puerto de Ideas Festival, in a collective exhibition that will be held together with a community potluck on Saturday, November 9 in Playa Ancha (Plaza Waddington). The program is co-organized by Fundación Mar Adentro, the General Directorate for Environmental Connection of the Universidad de Playa Ancha, the Territorial Development Board of Playa Ancha (MTD), and the Asociación Teatro Odeón.

Neighbors, students, and local groups of the area came together to undertake a collective learning experience through a psychogeographic drift, in an artistic activity organized by Fundación Mar Adentro which took place on Saturday September 28 in Las Torpederas beach. The activity became a creative process to walk the area and observe it in a different way, making invisible spaces visible, and creating collective artistic actions at different points of the walk. The objective was also to encourage curiosity for nature and the environment, so that participants could begin to identify which aspects of their territory they would like to take care of, and therefore conserve.

The day began with a sensory experience activity in pairs, in which each participant connected with the surrounding sounds. Then, a group activity took place, where participants made their way to the drift with a set of instructions and a kit containing various objects. Lastly, each group presented their experiences in a final plenary session, where they not only showed some of the objects they collected, but also spoke of their experience of “drifting” and of letting themselves be surprised by what they say along the way.

The experience proved to be both meaningful and valuable for the participants, as vocalized by Victor Llanos, student at the Universidad de Playa Ancha: “It was a beautiful sensory adventure that connected us with nature, birds and rocks, and made us think of what we want to care for in this territory. Along the way we encountered many surprises, like a couple that was cleaning the beach and many different types of birds. It’s a way to observe our surroundings with our senses fully aware and open.”

Other participants of the Territorial Development Board of Playa Ancha (MTD) also expressed their satisfaction with the activity’s results. Isabel Sepúlveda spoke of how it presented a great innovative way to become closer to the place in which they live, as they found themselves surprised with the things they found along the way, whilst thinking of the importance of caring for the environment. Similarly, Pedro Aguilar, also a member of the MTD, mentioned that the activity helped him to reconnect with the history of Las Torpederas; it brought with it a hint of nostalgia, though he emphasized that it was “a nostalgia with proposals for the future”, which invites to improve and care for nature and the heritage of the place.

Throughout history, a territory’s natural, urban and social landscape changes. Somos Paisaje seeks to reflect and record those changes from the voices of those who live in Playa Ancha. It is therefore through the psychogeographic drift that this experience of re-living and re-discovery was created throughout various locations within the area. In this sense, the participants were willing to lose themselves, be curious, stop and observe the landscape like explorers with a child’s outlook.

The psychogeographic drift became an invitation to capture what the landscape had to say. Observing while walking, or walking while observing, was the exploration task at hand, which implied a fusion between the interior and exterior landscapes; an artistic and psycho-geographical instance that urges one to be carried away by chance and intuition, in a sensitive journey of the territory. 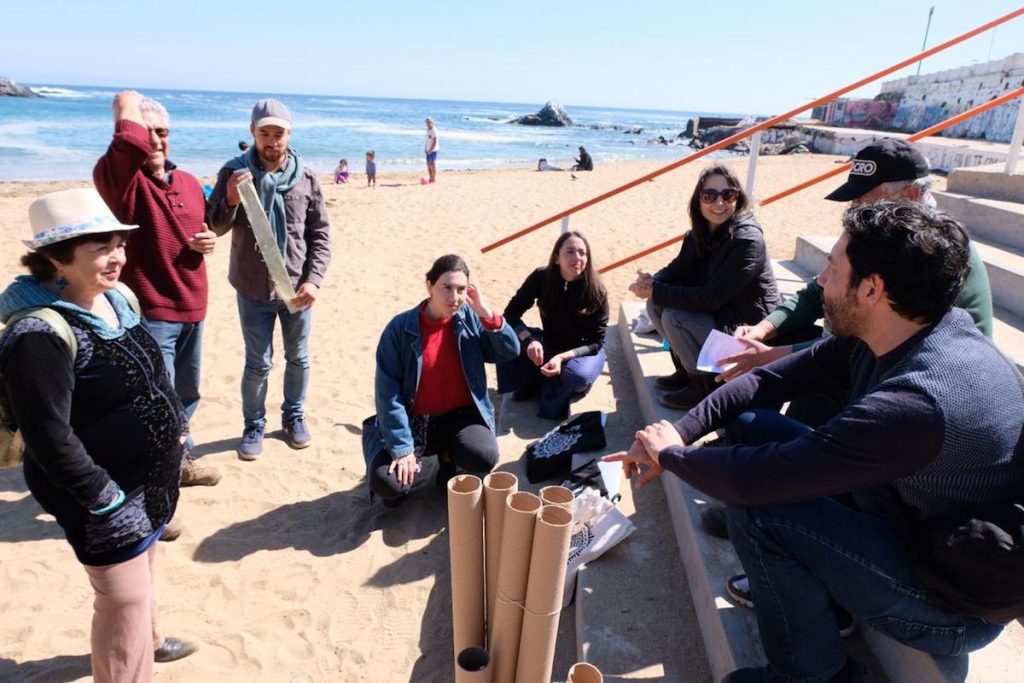 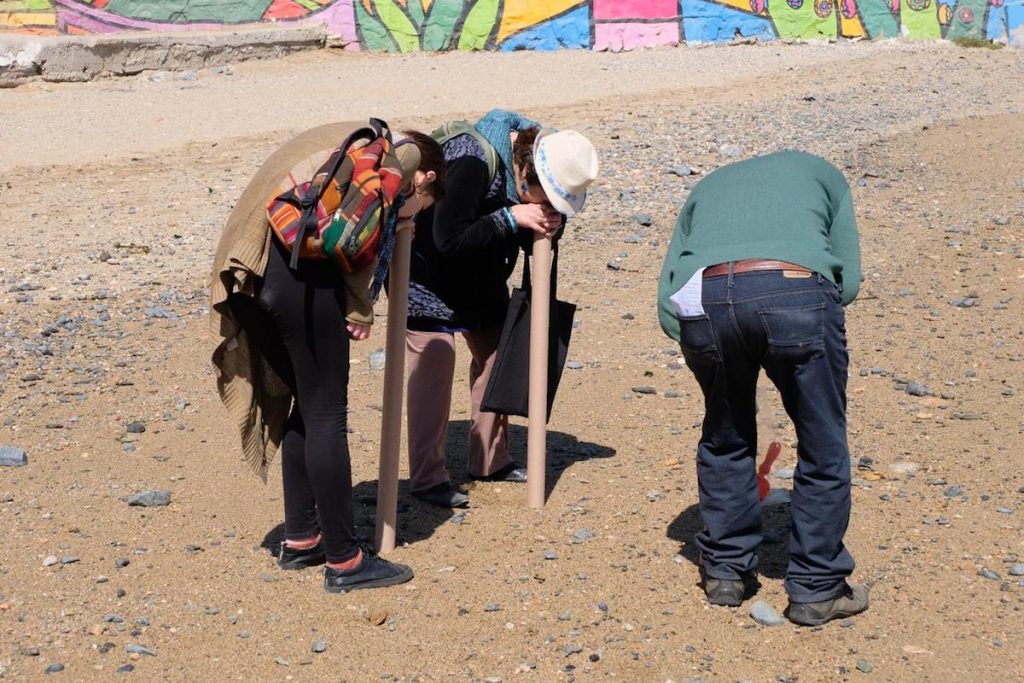 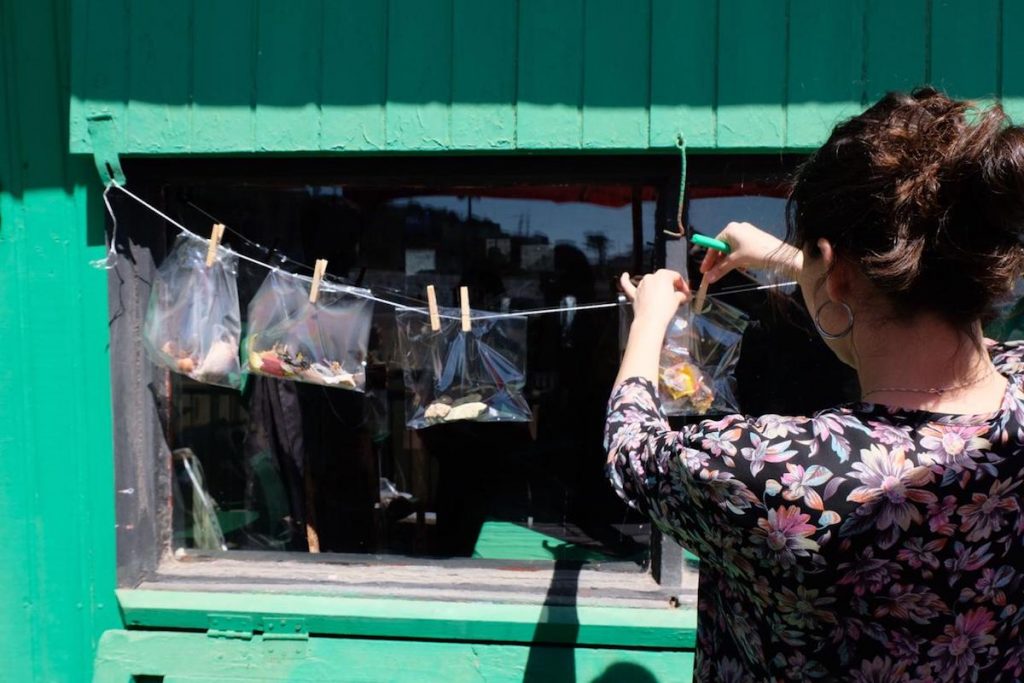 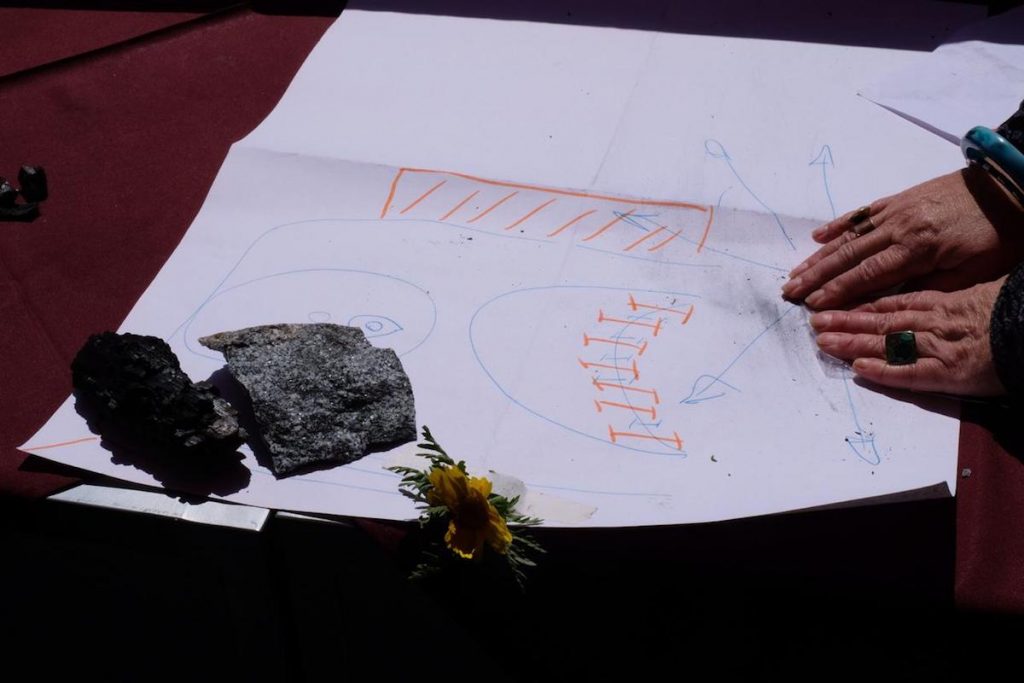 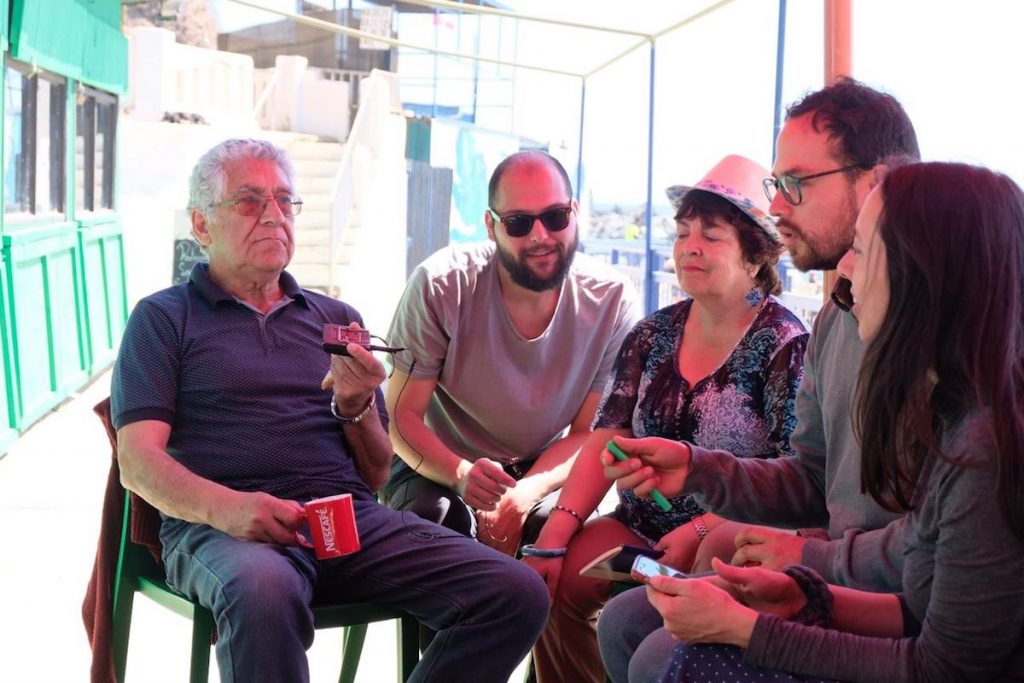 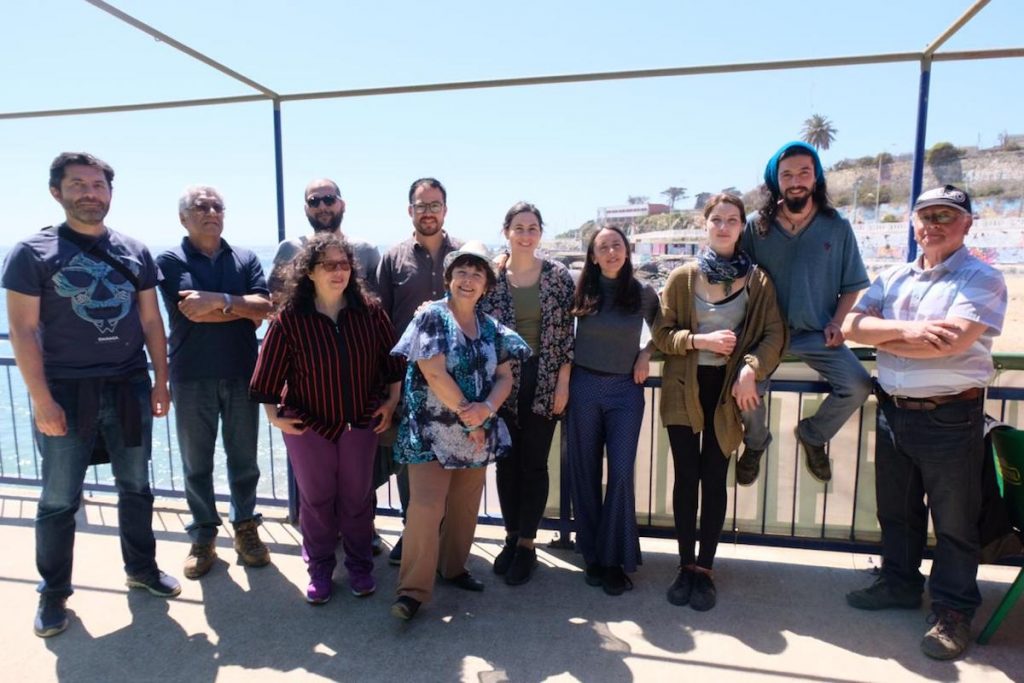