This multidisciplinary encounter allowed participants to reflect and learn from various perspectives and initiatives on the search for transformation in the face of the current socio-environmental crisis. 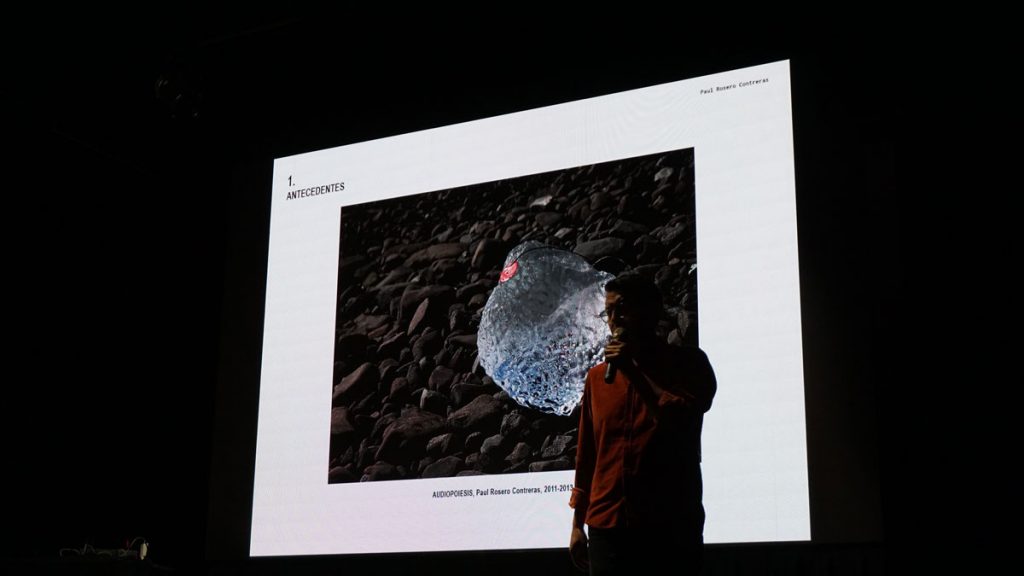 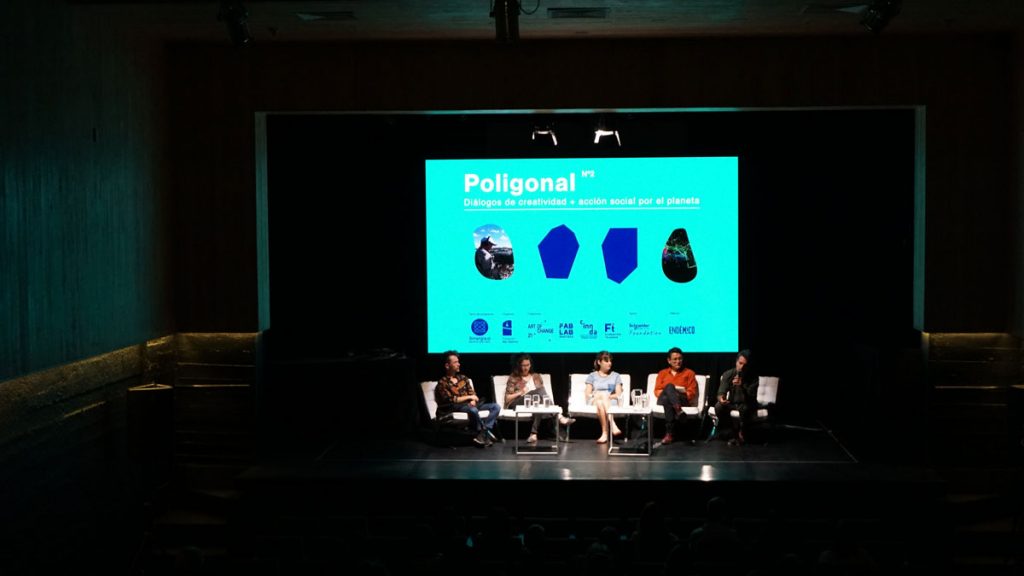 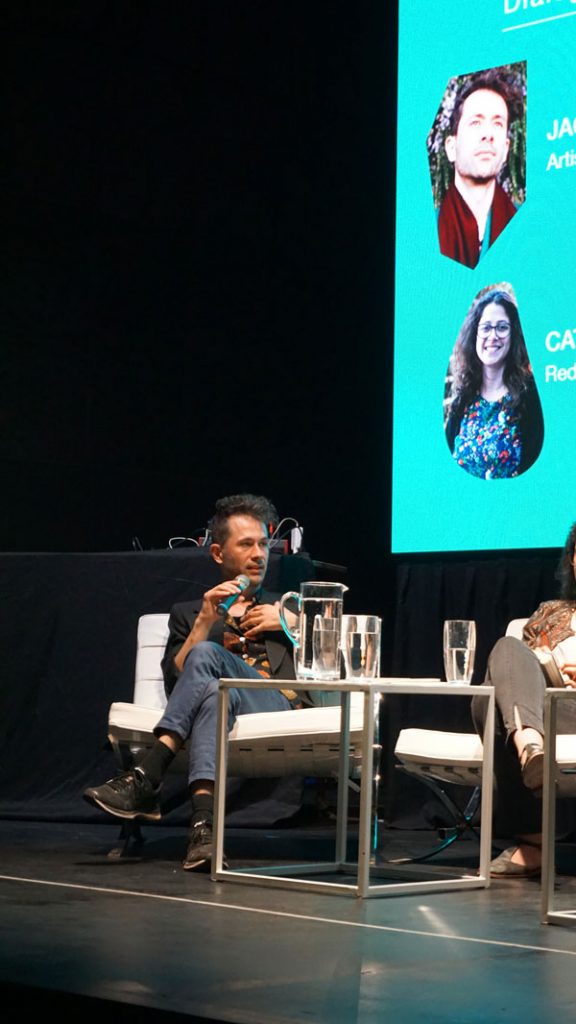 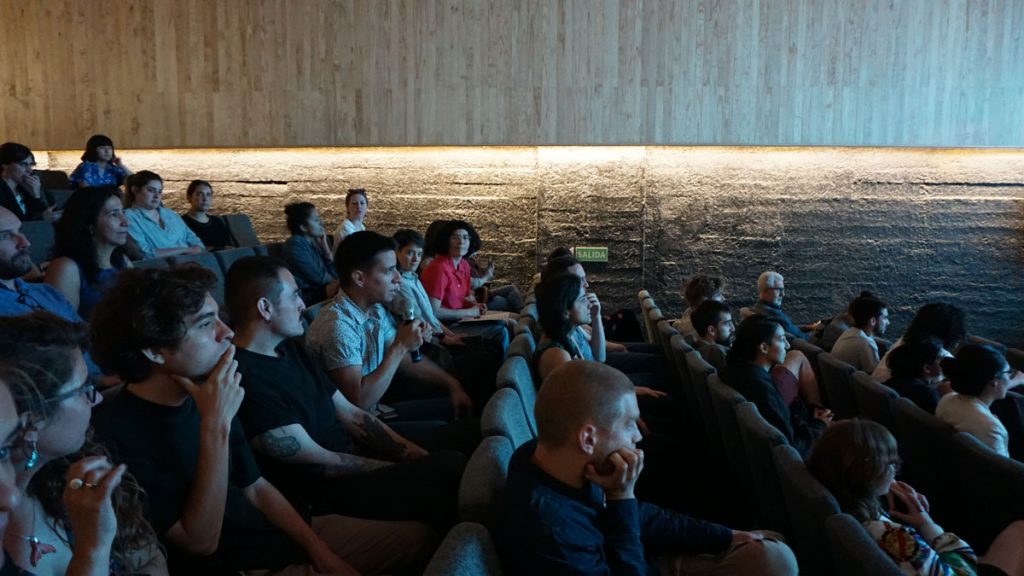 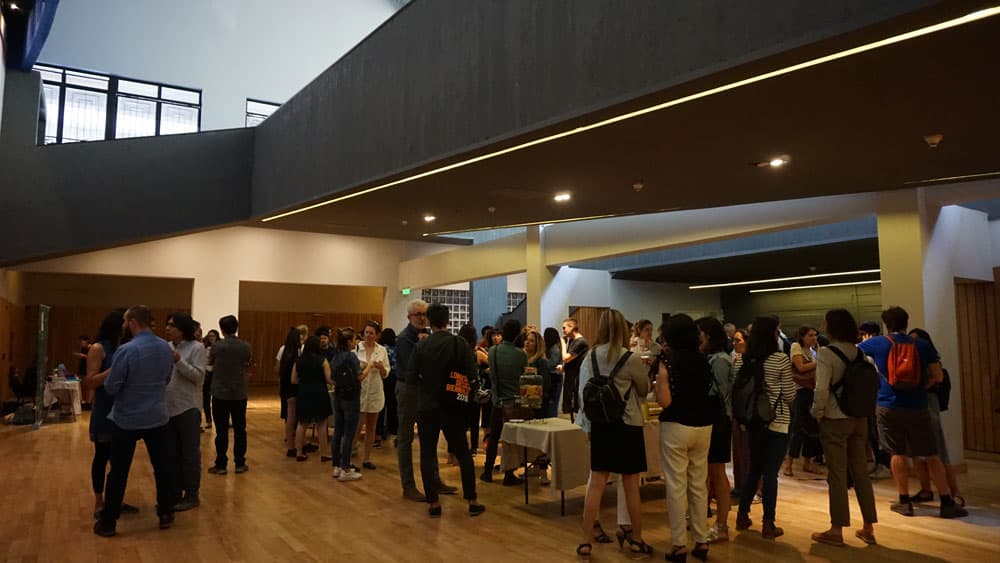 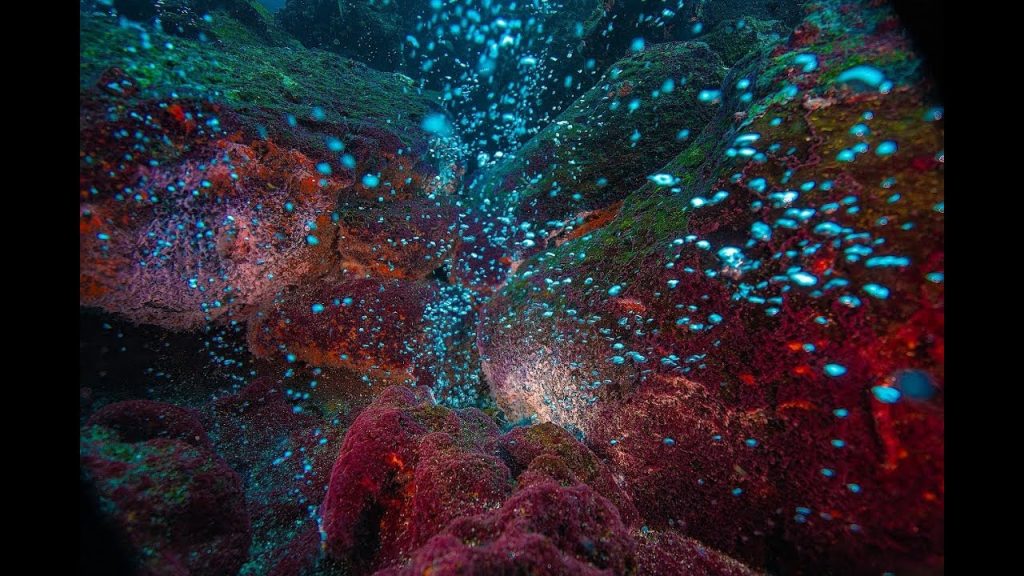 This international forum was held on December 3, in the National Institute Extension Center, and began with a talk by Paul Rosero Contreras and a screening of his video Purple Haze. The Ecuadorian artist talked through some of the projects in which he blends art and biology, such as ¡Arriba!, the investigative art piece with which he participated in the 57th Venice Biennial, in the Antarctic pavilion.

According to Rosero, this piece proposes the futuristic possibility of cultivating tropical plants in Antarctica. In it, he places a cocoa tree in a climatized capsule at the top of the Paradise Bay glacier in West Antarctica, which has existed for 5,000 years. Two very different natural elements come together in this way to produce images that give account of a new form of cultivation following an environmental cataclysm, as well as a game with time itself, where past and future are mixed with the present.

Rosero also referred to the concept of nature as a social construct and invited the participants of Poligonal Nº2 to reflect on how we have been molding our surroundings to our needs. The Galapagos was shown as an example of how, in the past, animals were slaughtered on the islands; something which continues to be done in the present, simply in a different way, such as the harvesting of genetically-modified silkworms for the production of silk. In Rosero’s words, “we are once again using the environment in service of humanity”.

The artist went on to highlight the importance of multidisciplinary work in community contexts, where art, biology chemistry and design come together. Some of his other projects were used as examples, such as the experimentation with biomaterials of orange and cassava peels, which women living in jungle ecosystems are using to make their own resources.

The panelists came to the conclusion that we are facing a socio-environmental crisis that requires a deep transformation process. Andrés Briceño stressed his optimism towards Latin America’s role as a pioneer in fostering new spaces for community and innovation, based on experimentation and action. He also added that the purely rational world is not prepared to face the impending future, making it essential for people to make mistakes, explore and find other ways of doing things in order to tackle the current challenges.

Another point of agreement between the panelists was the importance of not valuing one discipline over another, as the current social and climatic challenges require multiple perspectives which, together, can lead to innovative solutions. Catalina Amigo exemplified this interdisciplinary work trend by mentioning the Red Pobreza Energética, a collaborative platform that brings together various members, organizations (companies, government and civil society) and academia to address the issue of energy poverty in Chile and Latin America.

At the same time, this anthropologist, who specializes in socio-environmental issues, expressed how important it is to find new ways to communicate scientific knowledge to a wider population. The urgency of educating students on how to work in an interdisciplinary manner was also a point of inflection for Amigo. “It is essential to understand the limits of science and ensure that all areas are fundamental for when building new forms of knowledge”, said Catalina.

As for Jacob Kirkegaard, he focused on the commonalities of art and science, both of which work around a question and research; however, art deals with the process, and not with finding a specific answer.

The artist explained his vision on how sound can connect us to things or situations which would otherwise not be possible. For example, by feeling the vibrations of a landfill, we are connecting with that space and entering it in some way. He also commented on the richness of sounds: “No one can tell another person how to listen, but we are used to being told what to think. Sounds speak for themselves. The dialogue between you and sounds does not have intermediaries,” said Kirkegaard.

Kirkegaard then performed a rendition of Isfald, a piece on the melting of glaciers, for the participants to hear and connect with the sounds of this environmental issue.

The  forum concluded with a round of questions for the panelists on behalf of the public, clearing up doubts and going more in depth on the topics that generated the most interest.

It should be noted that this activity, organized by Fundación Mar Adentro, was supported by various organizations, such: Art of Change 21 (which was established at COP21 in Paris), Schneider Foundation, FabLab Santiago, Fundación Tajamar and Revista Endémico.