Fundación Mar Adentro: How did your research in sound art begin?
Gregorio Fontén: Very early on. My interest in sound, song and creation began when I was a child, collecting different voices and joining conversations I heard from different people. I would say that the beginnings came from playing and being amazed. Then, in a more conscious manner, the artistic creation in general came more from poetry and music. I think that my core is as a singer-songwriter, although it isn’t exactly how I work, but it’s at the intersection of word and sound.

And how did you get involved with poetry at such an early age?
In high school I did a workshop by the poet Soledad Fariña, during which I presented some poems that were more like visual poetry, of games with a layout. We began to have a very good relationship and she opened up the artistic panorama for me, showed me more about concrete and visual poetry. Then, she turned some of the final pieces into my first book, “Contemplation”, which has a prologue by Claudio Bertoni. That was kind of my start, when I was in school during the year 2000. Some time later, around 2004, the Writer’s Forum (Foro de Escritores, in Spanish) was created – a group of experimental poetry that invited me to participate. I became really involved with the group and we would meet regularly during many years.

Years later you went to study at Goldsmiths University in London, during which time you were already using algorithms in the creation of your works. How did that process begin?
I first went to live in London to play music, not study. While I was there I started to develop a repertoire of songs that include soundscapes, with effects that play with the voice and take them through a landscape. My intention was to create ruins of songs in a wider soundscape. Then I thought it would be interesting to go a bit deeper into the work with an algorithm, and then the whole process through which a song becomes a ruin is done through a computer, I didn’t control it anymore. After this, I entered the Master’s program at Goldsmiths, with the intention of going deeper into the management of the visual code language Max /MSP, oriented to having the computer make its own decisions. Then, together with a cousin of mine, Carlos Carmona, who was finishing his doctorate in biology and works with cellular migrations, we spoke about how to make a crossover to show how cells distance themselves from the center in a more interesting way, with a musical sense. So we developed a research project called “Random is not whatever”, in which the movement of migrating cells was used as a behavior model for the computer to develop different types of migrations: harmonic, rhythmic, or voice migrations. So all of the musical components are controlled by the cell. This was the first sonification project I worked in.

In December, your work “Dendrofonía” will be presented again at the Museum of Contemporary Art of Santiago, as part of an exhibition about Ars Electronica 2021. A work that arises from the “sonification” of the araucaria trees of Bosque Pehuén, in which each musical note is the sound of the scientific structural analysis of this species. So you used the biological data of the araucaria as the basis for the algorithmic development of melodies, harmonies and rhythm, which resulted in a classical score. Is it similar to the process you mentioned above?
Yes, and we used the data of some healthy and some diseased areas from the araucaria scanner to, based on that, assign certain harmonic possibilities to them. So as the scanner advances, you can see how these musical criteria also advance, to which I then added a layer of sound from the forest. There’s a sort of conversation between the computer and myself, because in the end you give it ranges of behavior, but you don’t know what exactly is going to appear. What is presented in “Dendrofonía” is one of many iterations, the project generated many hours of audio. There was also a selection process that we did with Maya Errázuriz (Art and Publications Director of Fundación Mar Adentro). So in the end, one does a kind of curatorial work on the computer. 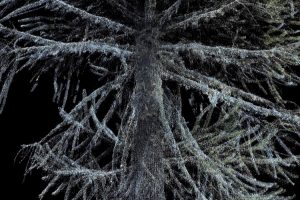 In the series of works “Frequenting my imaginary garden” (Frecuentar mi jardín imaginario, in Spanish) you propose to make visible the presence of sound in images, manipulating photos through sound, which could be an inverse process to how the previously mentioned work was created: What questions arise with this affecting through sound?
This work corresponds to a logic that is similar to what I mentioned initially: a computer soundscape that is ruining the song I am making. They are systems that are born from computational listening. The computer generates its own effects and then the original starting point for the computer’s decision making can be seen almost like virtual ears, which take in the content of the songs. Instead of generating sound effects, this project produces images.
There is an objective of playing with the idea of the sonic, a paradigm of reality that differs from the one we are used to, which is visuocentric; that is, it is based on constructing reality and our knowledge of it from the model given to us by the eye, in which objects are here or there; me here, you there. In other words, all kinds of separate entities, while in reality there are also continuities and transitions that are more diffuse between the elements and in more mysterious ways than what is shown in thought, logic and mathematics. The sonic is multisensory, it is different from the sonorous. Understanding realities from the sonic realm opens us to reconnect with elements of reality that are outside of logic and yet are part of reality. 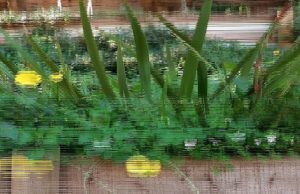 Composer Pauline Oliveros said that we had a problem with listening, as a society, with sounds that lacked ideas, feelings and memory: what do you think are the current challenges in active listening?
I am now working on a large production together with other people, which will premiere on November 12 at the Festival Puerto Idea and is called “Monster of Echos” (Monstruo de Ecos, in Spanish). I mention this because it seeks a sensibility with sound that differs from deep listening. It also recognizes that one not only listens, but that in the sonic aspect one also makes oneself heard. And it seems to me that the whole school of active listening, which perhaps starts with John Cage or Pauline Oliveros, overlooks the fact that they are purely people from the Anglo-Saxon world who have never felt that they are not listened to. So, of course, they can say that we need to listen better. But that’s not the only thing we need, we also need to make ourselves heard, because not all of us are heard. That is why I am interested in exploring a Latin American sensibility where these two elements appear: making oneself heard and listening, reversibly. So in this latest work I take some of the figure of the monster of the Viña Music Festival. The amphitheater of the V Region creates very strong echoes from the audience to the artist. Therefore, the artist is affected by the echoes produced by the audience in some moments; the audience becomes the artist and the artist becomes the audience.

Could we speak of a logic that transcends colonialism from sound?
Yes, sometimes people tell me “Your thinking or research is decolonial” and I tell them that it is actually trans colonial. Because there is a kind of ambiguity between moving from initiatives that can be colonial to things that can be non-colonial and vice versa. And I think that, deep down, the message –or gift– that we can receive from Latin America is precisely that ambiguity in not knowing what we are. That is what interests me in the Echo Monster, that the “monster” is linked both to Pachamama and to show business, to the collective and to individualism.

Sometimes, in addition to sound, different artistic expressions such as dance, performance and poetry appear in your works: Are they ramifications of sound or forms that allow you to listen better?
Yes, they are ramifications of the same thing, both to listen better and to make oneself heard, which are equally strong and present. It is part of what I call a quest to become sensitized with movement. Like moving back and forth. Active listening is like social justice, which consists in what we need to listen better in order to listen to everyone. In the end, all quests for justice turn out to be unfair to some groups. Intuitively we recognize that there is no such thing as listening alone, there is no such thing as justice alone, but that every process is an arbitrary guide.

What is the potential of the soundscape as a didactic tool for teaching-learning processes aimed at caring for nature?
The soundscape is a tool that needs to be explored more in education. I also think it would be very good to consider acoustic ecology to care for the environment. A very simple analysis that can be done is to walk and listen to your own footsteps, which can tell you how good the environment in which you are is. For example, in Santiago there are few places where you can listen to your own steps. This method allows one to realize if the sonorous spaces that we use can break through the natural ecosystem. For example, in national parks when one arrives at the camping section or if there is a kiosk playing music at a loud volume. We are constantly told, for example, not to leave garbage in the forest, but we don’t consider that music is also acoustic garbage in the background, because maybe a song that is being played has the same frequency as the sound emitted by a frog that could have problems to mate, for example, because of the music’s sound frequencies.
The different animals present in one place can create together a type of puzzle of sound frequencies –one species of birds with one band, and another with a different one– but they never clash with each other. Then, all of a sudden, a human appears with a stereo system that puts up a wall of frequencies and becomes a problem for the ecosystem. 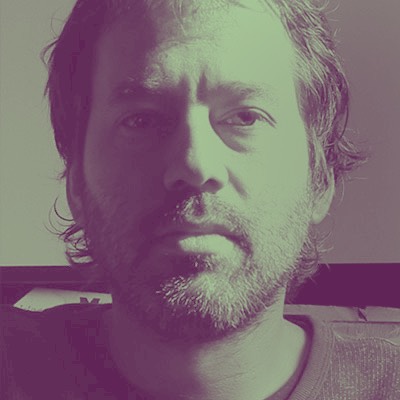 Gregorio Fontén (1983, Chile) Research artist born in Santiago and currently based in Valparaíso. His work seeks to explore the experience of sound as a vacillation between dance and listening. His songs have been described as unique and ramshackle, whose effect is hallucinatory, corrosive; at once strange and beautiful. He holds a PhD in Sonic Arts from Goldsmiths, University of London and is currently a postdoctoral fellow at the Universidad Católica Valparaíso, on a project that frames the artistic practice of “vacilar” as a Latin American sound onto-fiction.