The Natural Resources Trap: How to Avoid It? 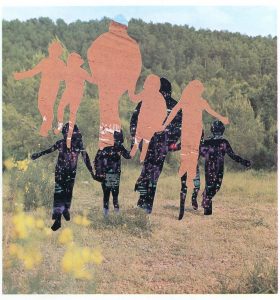 About 30 years ago, the book Trayectorias divergentes (Divergent Trajectories) was published, edited by Patricio Meller and Magnus Blömstron. In this book, Latin American and Scandinavian authors compared the divergent long-term trends of both groups of countries. One of the factors identified within the reasons for this divergence was natural resources. Their management has had a decisive influence in the development patterns in Scandinavia and Latin America.

Following this same logic and the testimony of said innovative 1990’s study, together with José Peres-Cajías we recently published Natural Resources and Divergence. A Comparison of Andean and Nordic Trajectories (Ducoing & Peres-Cajías, 2021), in which we seek to delve into the role of natural resources in development from a contemporary and long-term perspective. This book, and the project that inspired it, attempts to find the reasons why Nordic countries managed to transition from economies based on natural resources to models of sustainable development that are globally admired. Meanwhile, during the same period of time, Andean countries, represented by Chile, Peru and Bolivia, maintained an enormous dependence on the exploitation of subsoil products (with the deforestation and environmental damage it implies) to maintain mediocre growth rates.

What happened? Why did Bolivia, Chile and Peru distance themselves, in relative terms, from the Nordic countries? And above all: what can be done to mend the course?

At the beginning of the 20th century, dependence on natural resources–measured in terms of their percentage within total exports–was of over 90% in Bolivia, 80 – 90% in Chile and, in Peru, due to the Pacific War and the loss of saltpeter resources, was below 40%. At the beginning of the Second World War, Chile’s and Bolivia’s figures of dependence remained almost the same, while Peru’s began to increase gradually, reaching 60%. This dependence was not only manifested in terms of exports, but also in an increase in the share of natural resource income in tax revenues, exposing Andean countries to fluctuations in commodity prices, which were more volatile and dependent than those of industrial goods. A clear example of this situation can be seen in Chile, whose extreme dependence on saltpeter meant that over 50% of public finance income came from natural resources during 1890 – 1920 (Peres-Cajías et al., 2020). The First World War and the subsequent replacement of natural nitrates for synthetic ones began a crisis that definitively ended the industry and its relevance to the country in 1929, when the Great Depression and its effects on international trade were heavily felt in Chile.

As we can see, Andean economies maintained their dependence on natural resources in high numbers during long periods of time. In the case of Chile, its extreme dependence on saltpeter was gradually replaced by the new copper phase, sustained by foreign investment during the first decades of the 20th century. The saltpeter phase was therefore replaced by this new “salary” for Chile. In addition to the obvious environmental consequences of the exploitation of red minerals, there is an element that has often been overlooked, which is the reinvestment of natural resource income in productive activities or capital, whether physical or human. Non-renewable natural resources are exploited by current generations without the opinion of future generations, which creates a moral issue that must be compensated (this is derived from the so-called law of Hartwick, 1977). The way to repair this damage is through reinvestment, whether in productive physical capital or investment in education, which would be an approximation to the generation of human capital.

Throughout the last few years, especially since the 2015 Paris agreements, pressure has increased for a change in the production system, especially one that respects the environment and in which the well-being of populations is more equitable. The UN’s Sustainable Development Goals prioritize access to renewable energy and, in this area, the Andean economies have a lot to contribute. History has offered us innumerable lessons on which actions to carry out and which not when it comes to the exploitation of natural resources. If we had to summarize the most important ones, I would humbly suggest three essential recommendations to avoid repeating the same mistakes of the past:

1. Firstly, a clear and precise regulatory framework with tangible objectives for the natural resources industry, established and protected by a robust and flexible State which, as an oversight entity, really represents the joint interests of its citizens and society. This should be a very relevant point in the discussions of the Constitutional Convention inaugurated in Chile and for the new governments in Peru and Bolivia.

2. If the green economy becomes a reality, then so should a correct modernization of extractive economies that generate complex value chains both forwards and backwards. The examples of Sweden and Norway are essential to understand that natural resources can be extracted while, at the same time, increasing well-being.

3. A reinvestment of income produced by mining (and other extractive economies) into biodiversity, infrastructure and human capital. The exploitation of non-renewable resources must create future well-being, especially for new generations.

Andean economies have a historic opportunity to change the future with the learnings of economic history. The so-called natural resources trap is a verifiable fact in the history of various countries but, luckily, we now have the opportunity to avoid it.

The collage was created by María José Garcés @grietavisualcollage 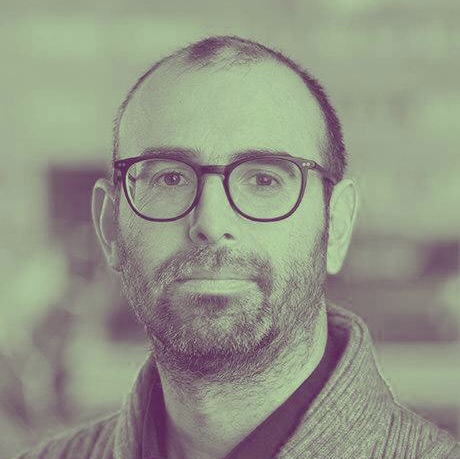