A Story and its Unforeseen Materialities

Interview with Cristina Sitja, illustrator and ceramist.
Driven by an interest in the animal and plant world, Cristina Sitja’s work takes different forms and materialities that invite us to observe what surrounds us. In this interview we talk about her inspirations, the role of children’s literature in environmental education, and about her most recent work.

Fundación Mar Adentro: You work with different materials and techniques, including illustration, clay and animation. What is the common thread that brings these different creations together? Is the choice in materiality defined by the particular theme you seek to address?
Cristina Sitja: While studying fine arts I was lucky enough to access different workshops to learn and work with various materials and techniques: engraving, ceramics, film, photography, drawing and painting. As I was aware of such a privilege, I took advantage of that and tried everything. In the end I concentrated more on drawing, since it’s something that doesn’t require many materials, doesn’t generate much waste, and it’s something I can do anywhere. From these drawings, I decide if I later turn them into sculpture using clay or do a drypoint engraving, or make an animation.
Sometimes I try different techniques, if I’m not sure what to use to make a book. For example, a few years ago I illustrated a story written by Cristóbal León, entitled I Am Not Yours. I made the first version using Chinese ink and colored inks. Then I did the book again, but I used acetate plates to make dry ends, and this last year I’ve been turning the book into an animated short made with cardboard and gouache, and making ceramic pieces where I represent scenes from the book.

Nature and the environment seems to be a recurring theme in your work. Is there any aspect of the natural world that interests you especially?
From a very young age I became aware of environmental injustices and the mistreatment of animals, but it was not until I began to illustrate children’s stories that I spoke about these issues. I think that everything that has to do with the animal and plant world interests me. There is so much to learn just by observing our surroundings. Nature is everywhere, even though we have filled cities with cement and smog. When I lived in Caracas I marveled at how plants managed to grow from a drain on a highway, how zamuros (birds of prey that abound in Caracas) built their nests on balconies in tall buildings and perched on satellite dishes. I could say that I’m fascinated by the observation of animals and plants that inhabit very congested cities and how they have managed to adapt to our selfish behavior.

In your accounts of the natural world, the personification of animals appears as a way of portraying different relational dynamics. Could you tell us about that?
It’s easier for me to draw an animal or a plant than a human. I don’t have to deal with race or gender, that is why I created characters that have human traits as well as animals and where gender is not an issue. The important thing is portraying beings or entities and their actions.

What is the most valuable thing for you about working with children’s literature? And what role do you see in literature and illustration in terms of showing ways of understanding what surrounds us?
I feel that children often have more of an open mind than adults. That gives a lot of freedom to illustrate and tell incredible stories. Although sometimes some stories don’t get published because the editors don’t consider that they are for children (they should ask the children).
And about the role that literature and illustration play, I don’t really think about that that much. When creating a story and illustrating it, I do it because it’s something that interests me and I feel that it would be good to share with others, whether they are children or adults. My books are not trying to force awareness. It would be nice if the reader ends up thinking more about caring for the environment and respecting animals and plants, but that is already out of my control.
I always try to have several readings in the stories that I write and illustrate. The illustrations often have parallel stories hidden in the pages, in order to reach not only children, but also adults.

You recently made the animated short Strange Creatures with artist Cristóbal León, which a few days ago we released virtually on our website and social media. How did this collaboration come about and at what stage is it now?
I met Cristóbal 12 years ago in Berlin and in that first meeting we made some exquisite corpses. Once he came to Berlin to visit, he saw that I was making a book, but I was blocked, and he encouraged me to finish it and together we managed to create the text for the story. That story was Strange Creatures, and it was published by a Swiss publisher in 2013. In 2017, I travelled to Santiago, Chile to visit Cristóbal and collaborated on a video clip with him and Joaquín Cociña, using the technique of animating using charcoal. I told Cristóbal that I really enjoyed it, which is when he suggested we make an animated short of Strange Creatures. I didn’t take it too seriously, but he did, and once I got back to Berlin he asked me to do create storyboard to make an animatic and so we could apply to Fondart (Chilean National Arts Fund).
The experience was very special. I love Cristóbal’s work and I learned a lot during from filming the short. It was interesting to see how we interpreted the illustrations in the book in another format and style. After having participated with the short in several film and animation festivals, now it was time to release it on the web so that more people could see it.

Lastly, what are you currently working on?
As I mentioned before, I have been working on a stop-motion animated short for a year, based on a story written by Cristóbal León, in which he will later do post-production. I’m also doing a ceramics project where I represent scenes from books illustrated by me, and where a recurring character appears in many of my books: Cuchuplum. This project is being carried out by We Art Exhibitions, which are some girls in Madrid –Carmen Chica and Maripaz Martínez–, who represent various illustrators, promote illustration exhibitions and sales of limited editions. We hope that soon some space will want to mount this exhibition. As for children’s books, I’m finishing one on the constructions that animals and insects make and I have polished a couple that I made a long time ago. I still don’t have a publisher, but I will soon start sending the manuscripts and hopefully some publisher will answer.

Cristina Sitja Rubio. Born in Caracas, Venezuela, in 1972. She studied fine arts in Montreal, Canada, specializing in printmaking and photography. After 7 years living in Montreal she moved to New York to study artistic photography at ICP. Tired of the rhythm of that city, she moves to Austin, Texas, to teach photography classes and create artist books. In 2000 she moved to San Francisco for a Masters degree in Photography. It was then that she began making collages and drawings again. In 2004 she moved to Barcelona to spend more time with her yaya (grandmother) and changed the camera for a pencil, and invented becoming an illustrator, as she felt it was something she could do anywhere. Since 2013 she has illustrated and written several children’s books for various publishers. Since 2006 she lives part of the year in Berlin. It was there that she met Cristóbal León, with whom she shoot the short film Strange creatures, among other projects. Since 2014 she combines illustration with ceramics. 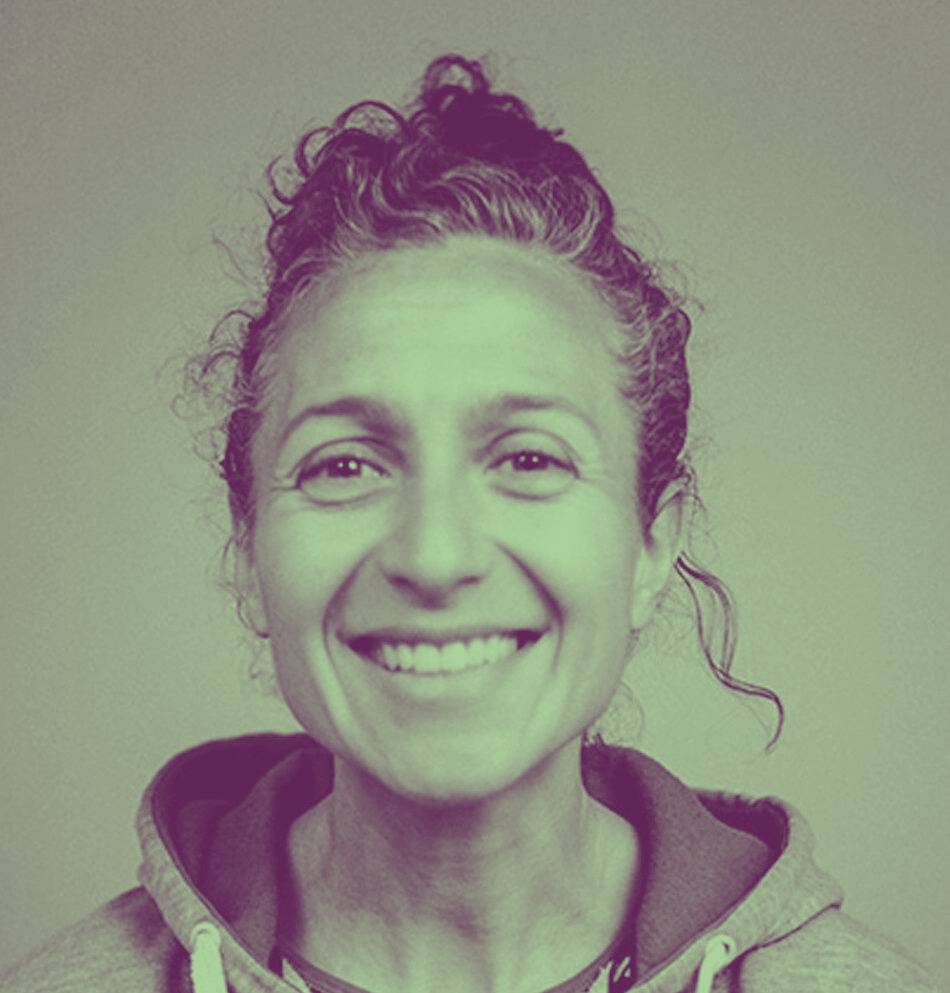