Conservation as a Citizens Movement 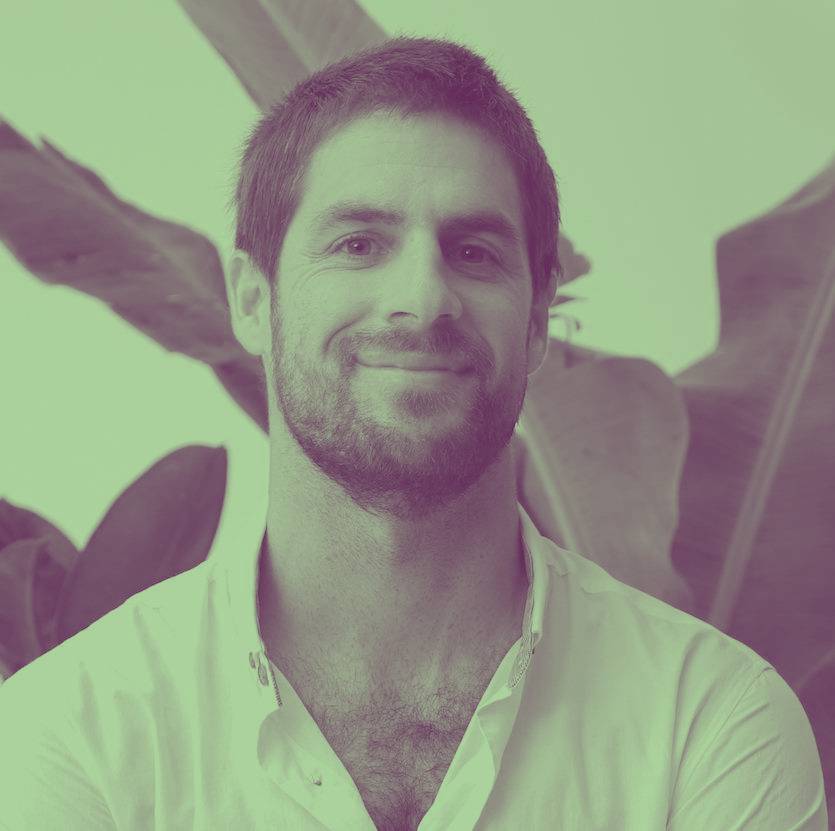 by: Bruno Monteferri - specialist in environmental law and director of Conservamos por Naturaleza 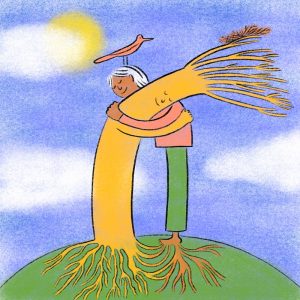 Connecting urban dwellers with conservation projects, working with local communities, empowering privately protected areas, and creating a network of volunteers and massive environmental campaigns which have succeeded in impacting laws in Peru. This is some of the work that characterizes the successful model developed by Conversamos por Naturaleza (“Conserving by Nature”, in Spanish), a platform created by the SPDA (Peruvian Society of Environmental Law). A few weeks ago, we had the chance to speak with Bruno Monteferri, director and founder of Conservamos, where he spoke to us about these initiatives in a dialogue we had on reflecting over how our relationship with nature is an ethical, moral and spiritual issue that needs to change on a larger scale, migrating from anthropocentrism to ecocentrism: a key cultural change for our times.

Fundación Mar Adentro: Conservamos por Naturaleza is a platform created by the SPDA (Peruvian Society of Environmental Law) that supports volunteer conservation initiatives, promoting alliances and actions that contribute to the protection of nature. How was this organization born and what was the main inspiration for you, as one of the founders?

Bruno Monteferri: Peru is one of the few megadiverse countries in the world. Peruvians are proud of this diversity and of our natural and cultural riches, but there are not many people who actively work in conservation.
For decades, conservation was seen as a task exclusively managed by the government or specialists. In reality however, there are hundreds of people and communities that have dedicated their lives to conserving nature in the Peruvian coast, mountains and jungle for years. But we are still too few. If each person in Peru agreed to safeguard 3 hectares of land, the entire country would be managed under a conservation approach.
In 2004, the SPDA launched an initiative for Private and Communal Conservation which supported individuals, families and communities in taking care of and protecting nature. For years I traveled around Peru learning from people who had made conservation their life project. They definitely were and continue to be the main source of motivation behind the creation of Conservamos.org.

The underlying idea was to create a community of people who didn’t want to sit on the sidelines of conservation work, as well as create a platform that could support those already involved in facing these challenges. Conservamos was therefore born with the objective of democratizing citizen participation in conservation actions, inspiring others to join and making this involvement easier. This can’t continue to be a niche movement if life itself depends on it.

What model do you use to get more city-dwellers involved–specifically those who are not so directly involved nature conservation issues–to take concrete action in the protection of ecosystems?
What we’ve learned is that a lot of people want to help protect nature, but don’t know where to start. Our model is based on creating connections between people who share conservation as a cause. We make visible the stories of people who inspire through example, and connect individuals and companies that are willing to contribute to their initiatives. At the same time, we organize campaigns on various topics that we consider strategic (plastic and light pollution, protection of rivers, reforestation with native species, etc.) and create schemes that allow people to become involved at different levels. It’s extremely important to have a clear call to action, with defined and achievable goals. The challenge is in creating a good strategy, defining what type of support is needed and communicating them appropriately to get more people involved, in whichever level is best suited to them. Some people are interested in leading an initiative, while others prefer to join a coordination team, and some would like to be volunteers for a day, spokespersons or ambassadors of a cause, etc. It all adds up.
The important thing is to show that anyone can become involved in conservation. Everyone has a talent that can contribute to a cause which can benefit all of us. Nevertheless, managing these expectations and talent implies a lot of work; this is why it’s important to have clear strategies from the beginning.
Lastly, it’s also important to create spaces for positive social interaction between people who are part of a community, giving them the recognition they deserve. Some of the best gifts I’ve received in these 8 years of Conservamos por Naturaleza have been the friendships I’ve made along the way. We can’t forget that people also want to have a good time.

Can you tell us about some of Conservamos’ main initiatives, such as the “Hazla” campaigns or the work you’ve developed in supporting protected areas in the Amazon?
“Hazla” (which translates into “Do It”) is born from the concept of inspiring by example and leaving a positive mark. For example, Hazla por tu Playa (Do it for your beach) is a national beach cleaning campaign that raises awareness and promotes laws to reduce single-use plastic. Eight editions have been organized, with over 4,000 volunteers joining the cause every year. The data gathered on the most frequently found objects was used to support a law that regulates single-use plastic and has helped us identify over the years which companies produce the majority of the objects collected in beaches. We create a ranking based on this, and communicate the findings so that these companies and its consumers can make more ambitious commitments to reduce their plastic footprint.
Hazla por tu Ola (Do it for your wave) has the challenge of protecting 100 waves in Peru by 2035, within the framework of the Rompientes Law. We have already protected 33 waves and hope that this initiative will soon be replicated in Chile. All of the story behind this initiative can be seen in the documentary entitled A La Mar, available on www.alamar.pe.
On the other hand, Remando Juntos por el Marañón (Rowing together for the Marañón) seeks to protect the Marañón canyon–the great canyon of the Andes and one of the places with the high endemism in Peru–from being dammed to generate electricity that the country doesn’t need today, as it already has an oversupply. We are working on a documentary and a legal strategy that shows where these projects are at today and what are the government’s options to prevent the Marañón river from being dammed. This river is one of the six great rivers that have connected the Andes to the Amazon for millions of years.

How has the law that regulates single-use plastic begun its implementation in Peru? What have been the main challenges in seeing it move forward?
The regulation proposed a progressive phased implementation, aimed at reducing the use of single-use plastic bags and straws and Styrofoam packaging. First, its sale, use and commercialization in protected natural areas was prohibited. Then, its fabrication was prohibited, with the exception of certain safety-related products. What has advanced the most has been the compliance in supermarkets. Nevertheless, the main challenge is in the country’s rural areas, where the municipalities have limited capacity to enforce the compliance of the law. Likewise, the biggest problem is that the Law and Regulations established that the technical characteristics of what qualifies as biodegradable, compostable and recyclable would be defined by Technical Standards that have yet to be approved. So right now bags are being sold as if they were biodegradable, and this can’t be adequately validated or controlled.

Conservamos por Naturaleza recently launched a publication on Privately Protected Areas of Conservation in Peru. What has been the impact of these areas in the conservation of your country’s natural heritage, and has the State supported with concrete incentives for private parties or companies to commit to conservation?
Peru already has 122 privately protected areas of conservation equivalent to over 350 thousand hectares. But we also have concessions for conservation and ecotourism that add up to a million hectares that are managed by citizens for conservation purposes. These are key areas to generate connectivity and complement State conservation strategies. Likewise, there are various areas of the country that are in the hands of private parties, and it would be very complex for them to accept the creation of a State protected area. This is why their role is a key part of conserving the local biodiversity in these areas. Finally, they can also promote conservation leadership at a local level, which are crucial to generate policy changes. The people behind conservation areas tend to participate in discussion spaces at a regional level, defending their territories from projects that endanger nature and their own life projects, which is very important when defining public opinion at the local level.

To conclude, what do you think is needed–in global terms–to move from mere information or environmental awareness, to concrete practices that protect nature?
The challenge is at various levels. There is an ethical, moral and spiritual issue related to how we relate with nature, and this is what needs to change on a large scale. We need to see this relationship as a marriage or a friendship that we hope will last. Today, the main narrative focuses on seeing nature as “natural resources” that are there to be “taken advantage of”. Imagine if you were to say that to your partner. There needs to be a change in our words, laws and commitment to have a relationship based on reciprocity, and to move from anthropocentrism to ecocentrism. If that changes, the other decisions will be easier. It is a key cultural change of our time.
In practice, it implies a systemic change, since every decision regarding consumption and production has an impact that can either be positive or negative on nature. Sometimes it is a local impact and sometimes it is distant and difficult to bring to light. For decades, traceability and the aforementioned impacts have been hidden by various companies; and the negative costs and externalities they generate have not been included in the real cost of these products. The objective is that the product or service that generates the greatest benefit to nature and to our quality of life, should be the most accessible or the “default” option–thanks to market incentives and disincentives. For example, organic foods should be the norm, with non-organic products being labeled as such, and not the other way around. Cities should be designed for humans, and not for cars. There are systems and infrastructures that have already been created and established which need to be replaced. According to Jeremy Rifkin, these types of changes can be achieved in 20 years if there is political vision and decision-making.

Bruno is father to Flora and a lover of all sweet foods, especially ice cream and alfajores. His passion is the ocean, and consequently the waves, and planting as many trees as he can in a day. He has worked at the Peruvian Society of Environmental Law since 2005, where he directs the Conservamos por Naturaleza and Gobernanza Marina initiatives. Some of the campaigns he has led include Reforestamos por Naturaleza (reforesta.pe), Hazla por tu Playa (hazla.pe) and Hazla por tu Ola (hazlaportuola.pe). He is an Ashoka Fellow, Marañon Waterkeeper and director of the A La Mar documentary (alamar.pe). Bruno is a specialist in environmental law and has a Masters in Conservation Leadership from the University of Cambridge. He has spent the last 15 years of his life travelling around Peru and learning from lucid people on how to make conservation his life project.