The Internet of Things: Environmental and Social Implications of Artificial Intelligence 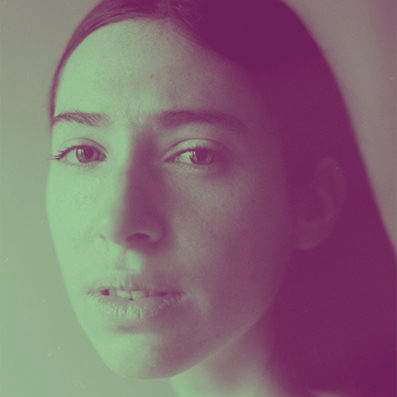 by: Delfina Fantini transdisciplinary researcher whose work centers on the tensions between “intelligence”, design, society, architecture and the environment 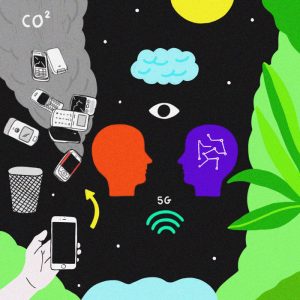 How are we able to conserve human qualities, their particularities and unpredictabilities– those that differentiate us from algorithms–is the question. Technology seems to be evolving faster than ever and it is now a matter of urgency to reflect profoundly on its impact. A discussion that must be present in all spheres, to address the ethics of artificial intelligence and rethink the future we want to live in. These are some of the issues we spoke about in conversation with Delfina Fantini, biologist, transdisciplinary researcher and PhD in Innovation Design Engineering from the Royal College of Art in London, where she also teaches.

Fundación Mar Adentro: You studied biology in your undergraduate studies and then you’ve enquired into different areas such as art, design and engineering: when and how does your interest turn towards a transdisciplinary approach to research?
Delfina Fantini: I have been interested in art, architecture and design from a very young age, while also being very curious about nature. I had a really good biology teacher in school and I think because of that started to become seriously interested in the area; especially with the idea of exploring and reflecting on how thoughts emerge from cells (neurons). This was the determining factor in my fascination with biology as a career. At the same time, I also thought it would be easier to start with science and then add other disciplines into the mix. That is how I decided to study biology at the Universidad Católica. While I was studying, I never stopped learning in other areas too. On top of this, my closest friends and partners came from the worlds of art, design and architecture, so I’ve also been actively connected to these areas. Another important factor was that I decided to write my biology thesis in New York, where I met a very interesting artist who made me reflect on the urgency of giving space to certain areas of my professional development. He was the one who suggested a transdisciplinary masters in Stockholm, at the University of Konstfack. I applied, was accepted and began the following year. Lastly, I completed my PhD at the Royal College of Art, where the complexity of biology was fundamental in facing a doctorate based on the practice of design; a critical analysis of “smart” technology, which resulted in the thesis “The IdIoT”.

What are you currently working on?
I am currently very much dedicated to university education. I am a professor at the Royal College of Art, where I lead a group of 70 students. On the other hand I also have my research and am writing a few chapters for some publications concerning a critical analysis on equity in “smart” cities as well as an analysis on potential urban issues with the passive adoption of 5G. In parallel, I’m also applying for funds from the European Union for a project on the environmental impact of the Internet.

Do you have some data on what this impact looks like?
The Internet depends on large physical infrastructures and materials that have a significant carbon footprint. Digital technologies are responsible for 4% of greenhouse gas emissions, which exceeds the pollution generated by airplanes. In addition, the vast majority of data servers use electricity that does not come from renewable energy sources. In the case of the Internet of things, we also have to add the constant use of energy and servers that require a connection to the cloud, on top of the manufacturing, transportation and e-waste of “smart” objects.

One way or another, these months of confinement has shown us that we need much less to live our lives. However, a lot of smart objects seem to promote a system of consumption that is not questioned, but rather exacerbated. What do you think would help shift this paradigm?
As you rightfully said, COVID-19 has made us question the exacerbated and unnecessary consumption that is characteristic of the neoliberal system. Regarding “smart objects”, it’s important to understand that these largely come from the technosolutionist (technology-based reductionist solutions to complex problems or non-problems) culture found in Silicon Valley and which, in turn, allows the industry to flourish as a result of effective marketing and blind conviction for the concept of digital “intelligence”.
For a real paradigm shift, it is fundamental for society to critically question the potential problems of passively integrating these objects into daily life. We need to assess the repercussions within a future based on a fully integrated programmed “intelligence”: Who creates these objects? With what values in mind? In practice, are they really necessary? How are they making our lives easier and/or more complicated? What are the ethical and environmental problems related to the sustainability of production, obsolescence and difficulty of repairing them? This must be accompanied by public discussions that lead to regulatory policies.

Presently, is there an effective relationship between the Internet of things and a circular economy?
The Internet of things is not a sustainable technology per se; the use of the Internet has a large carbon footprint, as well as the production of sensors and necessary technology. Nevertheless, in specific cases, the application of environmental sensors and control effectors can help manage resources more efficiently. This, integrated within a strategic plan of circular networks, can contribute to the development of a circular economy.
From a systemic perspective, how is the Internet of things related to the environmental crisis and existing social gaps?
The Internet of things allows us to measure environmental variables which bring visibility to the great ecological problems that we are currently facing. This has the potential of being used to take action towards more sustainable systems. In this context, I believe that in order to have a real impact, technology must come hand in hand with environmental policies.
Regarding the social gap, it will depend on the values prescribed in technology to know whether it can lead to the inequality or equality of opportunities. For example, in the “smart” city of Xinjian, China, the implementation of the Internet of things is designed to monitor and repress ethnic minorities, specifically Uighurs and other Muslims.

The problem of hypervigilance is another key issue that you address in your research.
It is essential to question the issues surrounding privacy through informed discussions. On the other hand, it is also important to stop passively and voluntarily opening the doors to these technological products, especially when they are related to our bodies and homes. That is why we need initiatives that provide and disseminate critical material that can open up the space for discussion. When this escalates to urban territories, it then requires action from social organizations that can promote and enact policies which can establish ethical regulations at the governmental level.

Do you think there’s currently a real discussion on the ethics of the Internet of things?
There are some discussions in academia and, though very slowly, in some governments within the European Union. It’s not happening quickly enough though, especially if we consider the speed and dispersion of its implementation. It’s very important that these discussions become more prevalent and that they lead to the development of public policies.

How important is transdisciplinarity to art and design in making them transforming agents in times of crisis, when technological development evolves so quickly?
Art and design are essential not just to conceptualize and visualize critical areas and dystopias, but also to propose promising visions. For example, speculative design is a great tool to generate possible scenarios and question our present and future. These days, it is incredibly important to think about and visualize the problems that are coming and how we want to live. By tackling contemporary problems, these areas have the potential to benefit from the expertise of areas that specialize in philosophical, social and ecological issues.

How relevant are human qualities during these times of environmental crisis, where artificial intelligence is quickly gaining more ground?
The human is directly related to our interdependence with the environment. From this perspective, there is a fundamental role in protecting the ecosystems, now more than ever. As for that which is human, it’s important to salvage and defend what differentiates us from algorithms: the non-linearity, particularity and unpredictability of human complexity. It is also important to be aware of socio-political issues, the limitations and reductionism of the digital mentality, as well as its parameters, such as efficiency, optimization and control.

Delfina Fantini. Biology graduate from the Pontificia Universidad Católica of Chile and PhD in Innovation Design Engineering from the Royal College of Art of London. She is a transdisciplinary researcher whose work centers on the tensions between “intelligence”, design, society, architecture and the environment. Delfina is a tutor, researcher and professor of the Design Products and Information Experience Design programs at the Royal College of Art.