Fundación Mar Adentro: In the study–entitled “Updating the protected areas of Chile: analysis of representativeness and climate risk”–that you carried out for the Center for Public Studies (CEP – Centro de Estudios Públicos), you updated the information on the location, surface, administration and other characteristics of protected areas, both State´s and private. What are the study’s main findings and their potential impact on effective conservation and, in the long term, on the biodiversity throughout Chile?
Patricio Pliscoff: I think the main result highlights that there are still many unprotected ecosystems in our country. We are very far from meeting the international protection goals per ecosystem; In fact, there are a large number of ecosystems that do not have any protection whatsoever, and therefore aren’t covered by any protected area category. Basically, we are still very far from an ecologically representative Protected Area System.

And why is this happening?
Because protection has historically been concentrated in certain areas, for example in Patagonia. In addition, the one instrument used for protection in recent years has been, for the most part, Natural Sanctuaries (NS), which are associated with wetlands – very specific and smaller areas. In the past 20 years, almost no new natural reserves or parks have been created, but instead mostly natural sanctuaries that represent very specific areas, such as a wetland in proximity to a city or by the coast, but with small surface areas. Some natural reserves have become National Parks, such as the Río Clarillo one in central Chile; but there have been very few parks created in the last few years, and no natural reserves. The largest park recently created was Pumalín, which was a private donation to the State.

The study’s report mentions that since 2000, Natural Sanctuaries (NS) have doubled and that they are mostly protected areas managed by private owners who are interested in conservation. Why has this happened?
Because there has been an incentive to do so. Wetlands protection has been an option for at least the past 10 years. And that’s fine, it’s not a problem, because the instrument used for the protection of wetlands has been their declaration as natural sanctuary. But it stopped there, and people, groups and NGOs have realized that declaring a NS is the easiest way to protect an ecosystem as a protected area; it is the simplest procedure. This is why so many NS proposals have been presented and approved in the last few years. We now have over 90 sanctuaries, which correspond to more than double that of any other area-based conservation measures.

The study mentioned above also includes a risk analysis of the terrestrial ecosystems in Chile under climate change scenarios. It identified the area between the Maule and Araucanía regions as one that concentrates the highest number of ecosystems at very high climate risk. What are the main causes of this?
The main factor is the decrease in rainfall that has been identified in future modeling for these regions.

According to the investigation, private protection covers only 1.65% of the national territory. Furthermore, within these protected areas there is a representativeness of 56.8%  (1) of terrestrial ecosystem types present in the country, and which have diminished lately. What can you tell us about this?
124 (2) were counted (335 units were identified in the first survey in 2013-2015, in contract with the 124 found in this study, which represents a decrease of almost ⅔ from the initial numbers) and most of them are small in size. Regardless of this, some private areas of conservation are located in areas where ecosystems weren’t represented in the private protected area system. So, even if the total area size that private conservation initiatives contribute is small, it is nevertheless very strategic because they are located in areas with a low level of state protection. It is also true that private areas of conservation have diminished, but now it is much clearer who is effectively doing the work of protecting; something that did not happen in the past. For example, all of the forest areas separated for protection by forestry companies used to be included in the count. However, they did not, in practice, follow the standards of protected areas and were, instead, sectors where the private owners decided not to harvest or turn into forest plantations.

In your opinion, how can having a specific law for the protection of biodiversity, through an articulating institution like the Service for Biodiversity and Protected Areas (SBAP – Servicio de Biodiversidad y Áreas Protegidas), make it possible to strengthen the effective conservation of ecosystems, both from the State and the administrators of privately protected areas (PPAs)?
This new Service (SBAP) is key, because it joins two worlds that are currently completely separate–the private areas and the State´s areas–into one network or system. This would change everything, because it would mean other types of incentives and interests, and specific financing. It is like the keystone to changing the current system. The National System of Protected Wilderness Areas of the State (SNASPE – Sistema Nacional de Áreas Silvestres Protegidas del Estado), currently administered by Conaf, would cease to exist; and with SBAP, everything become part of a single network of private and State´s protected areas with a different management structure. If we take into consideration the public areas, the simplest course so far is to declare natural sanctuaries, which depend (tutorship) on the National Monuments Council – this dispersion of attributions would change with the SBAP.

Below are some of the main conclusions of the study “Updating the protected areas of Chile: analysis of representativeness and climate risk”, prepared by Patricio Pliscoff:

– Updated the list of public and private protected areas. The results show that 21.78% of the national territory has some type of official protection designation, which increases to 23.42% if we include the privately protected areas (providing 1.64%).
– Only 28% of the country’s terrestrial ecosystems meet the Aichi 11 goal (the Convention on Biological Diversity establishes that the protection of at least 17% for each ecosystem is adequate), considering only State´s protection. If we consider privately protected areas, the ecosystems that meet this goal rise to 32.8%. This shows the importance of collaboration between official and private protection, as both can protect a larger surface area and reach a better representativeness of ecosystems under effective protection.
– 8.8% of terrestrial ecosystems in the country do not have any degree of official protection (mainly in the coastal and interior areas of the North and Center of the country and forests such as sclerophyllous forests, deciduous forests, etc.). This percentage decreases to 6.4% when considering the network of private protection.
– The effects of climate change can be observed with different magnitudes according to the geographic area and the existing ecosystems. The areas that have been most impacted by climate change were identified as the Andean highlands and the foothills and mountains of the Andes of the central and central-southern Chile.
– The current official protection network focuses its protection in the areas that are expected to suffer the least impact from climate change on its ecosystems
– It is recommended that the public and private protected areas expand to the 84 ecosystems that do not meet the Aichi 11 goal of protecting at least 17% of the surface of each ecosystem

(1) The largest number of areas is found in the Los Lagos Region and the largest protected area is in the Magallanes Region.
(2) “This can be explained by the sources of information of the two surveys: in the first, areas from other surveys were added, some of which did not have the name of the owner (15) and with estimated cartographic limits (86), which were not possible to contact during the new survey. It is likely that many of these areas do not have an interest in conservation. In addition, 31 units from the first survey were high-value areas for conservation, which demonstrate characteristics of having been excluded for production by forestry companies. These units are not incorporated into the survey as they do not meet the definitions of the standard of conservation defined by the Ministry of the Environment.” Page 10 of the study. 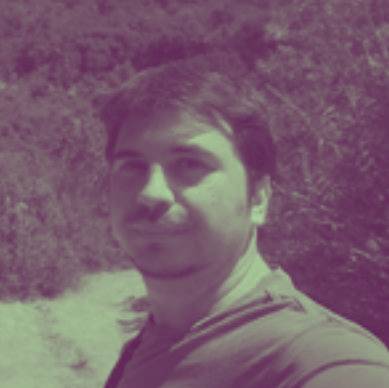 Patricio Pliscoff: Associate Professor of the Institute of Geography and the Department of Ecology of the Pontifical Catholic University of Chile. He is a Geographer from the Catholic University of Chile and has a Master’s degree in Evolutionary Ecology from the University of Chile. Doctor in Biological Sciences from the University of Lausanne, Switzerland. The lines of research that he develops are biogeography, biological conservation and ecology, focusing his work on the analysis of patterns of spatial distribution of biodiversity and the definition of conservation priorities. In these lines of work, he has published several scientific articles and made reports for the Government of Chile and national and international conservation organizations.