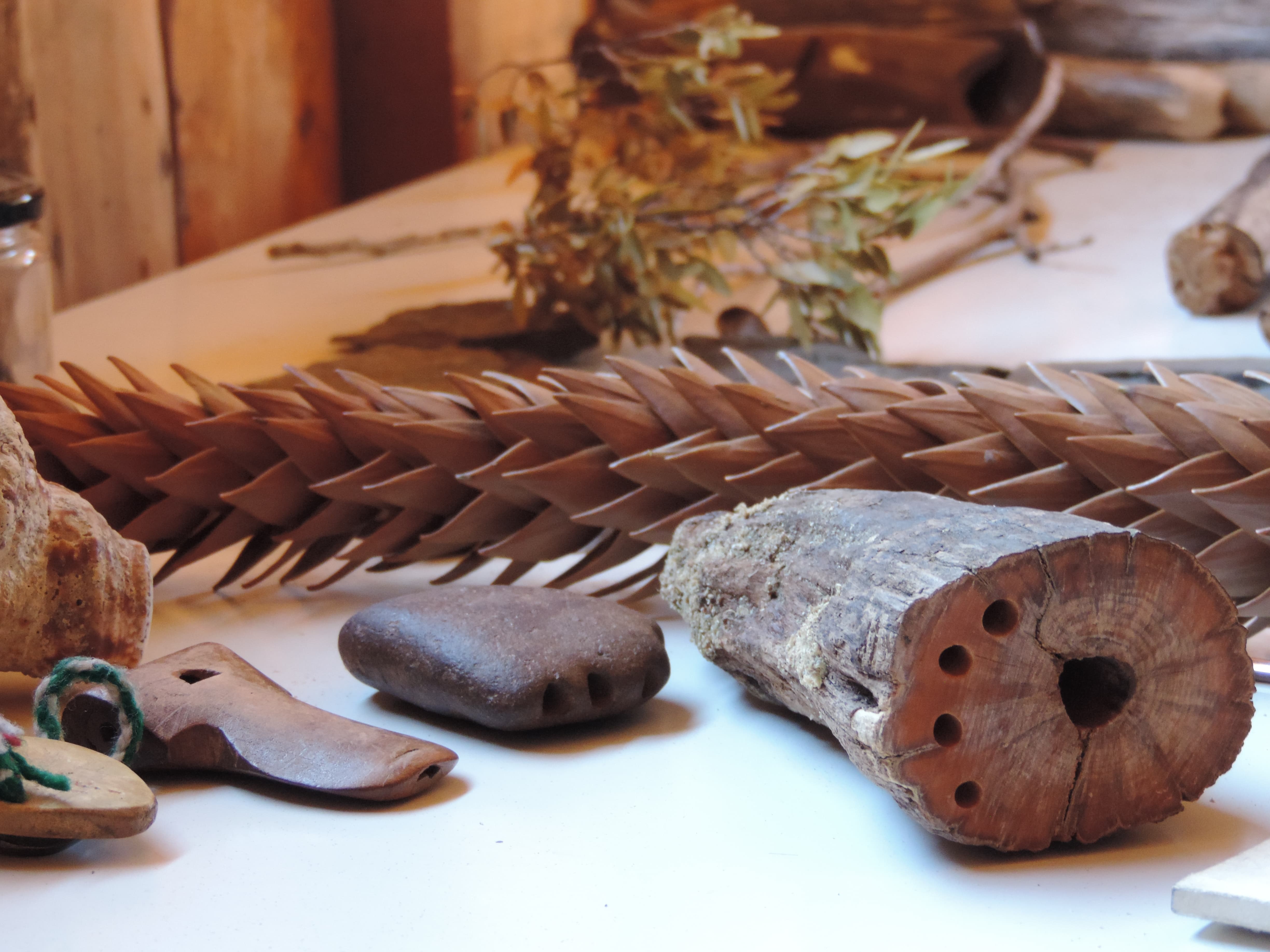 When did you begin exploring nature via musical composition?
From early on it was an important part of my work; at first as an allusion to natural organics and paying attention to the different interpretations of native peoples, until arriving at real-time interaction between an interpreter and the natural environment. One day, I thought about how nature makes sounds without the need for spectators, and this made me think that music exists outside of aesthetic experience—which is an debatable topic—, which led me to research and integrate myself into the exploration of the organic and complex beauty that is found in nature. I think about how experiences with nature create such profound effects in people, and the message it brings with it from its antiquity and otherness of time, where we can observe 2,000-year-old trees, biological processes of thousands of years, mountains and deserts that change slowly but are always there, accompanying us, just as they accompanied our ancestors and still are able to move us. This beauty that transcends time leads me to link my work with nature and take it out of auditoriums to radicalize it towards installation and work with real-time events, instead of just referring to it in the music.

During the residency you focused on observing birds from a specific place, identifying species that live in the forest and studying the variables that affect their song, such as season, intensity and distance. What were your findings?
At first there was a moment of contemplation and awareness of the environment, when walking through the forest in silence helped me identify a place where many birds were singing. As I focused my objectives on creating a sound installation from the beginning, I researched the best times of the day to add musical instruments to the environment, which is why the listening hours were from 3:00 pm until sundown. At 7:00 pm, a very interesting musical movement of birds begins, especially because the chucao tapaculo joined the ensemble at a much higher frequency than at 3:00 pm, when the other birds were more present, such as the white-crested elaenia and the Magellanic tapaculo. After 7:00 pm, some birds of prey also joined in.
From a musical perspective, there are quite significant changes in tone depending on the hour of the day. At 3:00 pm the tone was quite calm – the silent spaces between the songs created a tone similar to the moderato; while in the afternoon it became more allegro, due to louder interventions from each bird. This gives us some perspectives on the forest’s behavior during the day, and also provides very valuable material for a sound installation.
I made long-term recordings for later analysis. With this material, I identified the “core” birds of the forest—the white-crested elaenia, the chucao tapaculo and the thorn-tailed rayadito— that gave the ecological ensemble a pulsating sensation. The other birds would sometimes sing along or would perform sporadic or isolated interventions.
During the frequency analysis I was able to observe the harmonic balance between the birds, seeing as they rarely crossed each other in terms of their positions in the harmonic spectrum, which may explain the balanced and rich-timbre sound of the forest. I also discovered that it was much more adequate to make an ensemble composition in a slightly lower tune (La = 437 hrz), based on the birdsong, in order to eliminate the excess of notes with microtonal alterations.

During your last residency, you also explored the different materialities present in Bosque Pehuén for your research. What did that process consist of?
The materialities of environments—in this case, the forest— is another way of understanding them, especially from the possibilities and sound framework on which they place you. In the case of this residency in Bosque Pehuén, I worked with the acoustic guitar and improvisation, and the process consisted of collecting materialities from the immediate surroundings, which created effects, timbres or particular techniques when combined with a musical instrument. This is how branches of different tree species appeared in the research, of different sizes and for different effects. The coihue branches, for example, emit a very special timbre with irregular accents when rubbed against the chords of a guitar. The thinner branches create a very dynamic ricochet that produce a more rhythmic and pulsating texture; those with some small leaves at the ends produce a strumming with a contained accentuation; and the quila tree leaves allow for a glissando that can be linked to the songs of many of the surrounding birds. All of these sounds provide timbre material and techniques that can be explored in other string instruments such as the cello or the violin.

As part of your residency you conducted a workshop in the Trawupeyün Intercultural Village of Currarehue called “Sound Laboratory: understanding the rhythms of nature”. How did this workshop contribute to your research process?
I think that it’s very important to transmit knowledge, discoveries, research processes and the impetus one encounters during work processes. The laboratory gave me feedback on what it means for other people to allow themselves to be connected with nature and to explore from a musical and sound-based viewpoint. What came out of the interpretation process of the micro pieces that were created in the laboratory were a profound reflection on our place in nature and how, through art, we can generate events that integrate nature, knowledge, emotions, our histories and personal virtues.

During the presentation of your work, at the end of the residency, you mentioned that you compose for ecosystems and seek the revitalization of listening. Could you develop this idea?
To compose for ecosystems is to take charge of the intrinsic complexity of places where concerts take place. Although each location has a number of factors present, I attempt to make each piece—or parts of each piece—directed by a main factor (such as the river, the wind, the birds, the waves, the flapping, etc.), giving space for the interpreter to integrate other elements that may occur during the interpretation of the musical piece. In this way, there is a better integration with the surroundings, as well as a sensitivity to interpret the events that nature delivers, such as: the wind pressure, insects that can only be heard when they pass by you, the intensity of the rain, among others. These provide important information for the musical piece. At the same time, the fact of composing under a mode or scale that is taken from the sounds of the location positions the piece in a harmonic place with the natural environment’s “tuning”.
As for the idea of revitalizing listening, the concept essentially refers to placing value in the sounds of places with high biodiversity, considering its aesthetic qualities, textures, gestures, sound diversity, processes in time, and others; seeking to provide a space to understand the active listening of the environment as an artistic value, and providing a proposal of connection from the musical arts. This also implies proposing the dissemination of listening to sound landscapes in other regions, as well as the recording of environments that urgently need protecting. It wouldn’t be strange if, a while from now, those landscapes disappear.

You were born in Penco, studied in Santiago and currently live and work in Villarrica. In addition, your grandfather lived in Palguín, which is located close to Bosque Pehuén. What has it meant to you to develop new creative processes in the Andean Araucanía?
It’s tremendously significant. Just as I try to see myself together with nature’s antiquity, I also see myself within the mountains, the vegetation itself and even the same trees from when my great-grandfather, grandfather and uncles and aunts lived in that place. It’s very intense to return and live through creative processes in the surroundings where they suffered from the climate and the isolation. In addition, I’ve done previous work in the Nahuelbuta mountain range—entitled Leufü—, which contributed in generating wider territorial connections between the places where I work, while also integrating the concept of ecological connectivity for future research.

In early November you launched an album entitled “Inarrumen, al lado de todo lo grande”, which brings together experiences from sound installation in different natural environments in southern Chile, such as the Nahuelbuta mountain range, the Valdivian forest and the Elicura Valley in Contulmo. How was this project conceived and what were you looking for with it?
The Inarrumen project arises from the need to spread the richness of the sound landscapes from the Wallmapu to other regions; placing value in its biodiversity and its own aesthetic qualities, emphasizing the experience of being faced with the abundance of diverse and complex nature. It also wraps up some processes and gives way to new musical work, as it provides an approximation to my work by way of mediation and only shows parts of different, longer pieces.

Lastly, what does Bosque Pehuén sound like?
At the entrance you are greeted by the flowered song of the shiny cowbird, revealing its diversity with southern lapwings, Austral parakeets, buff-necked ibises, European goldfinches and barn swallows. The soft sound of the water accompanies you the entire time. The wind makes the treetops rattle and the Chusquea culeou of the undergrowth sound as if they were talking. Upon entering the forest, the song of the birds becomes majestic and subtle, expanded, with a deep harmony that is balanced while, like a temple, the space receives its song and amplifies it. The waterfalls reveal their tremendous force through sound. 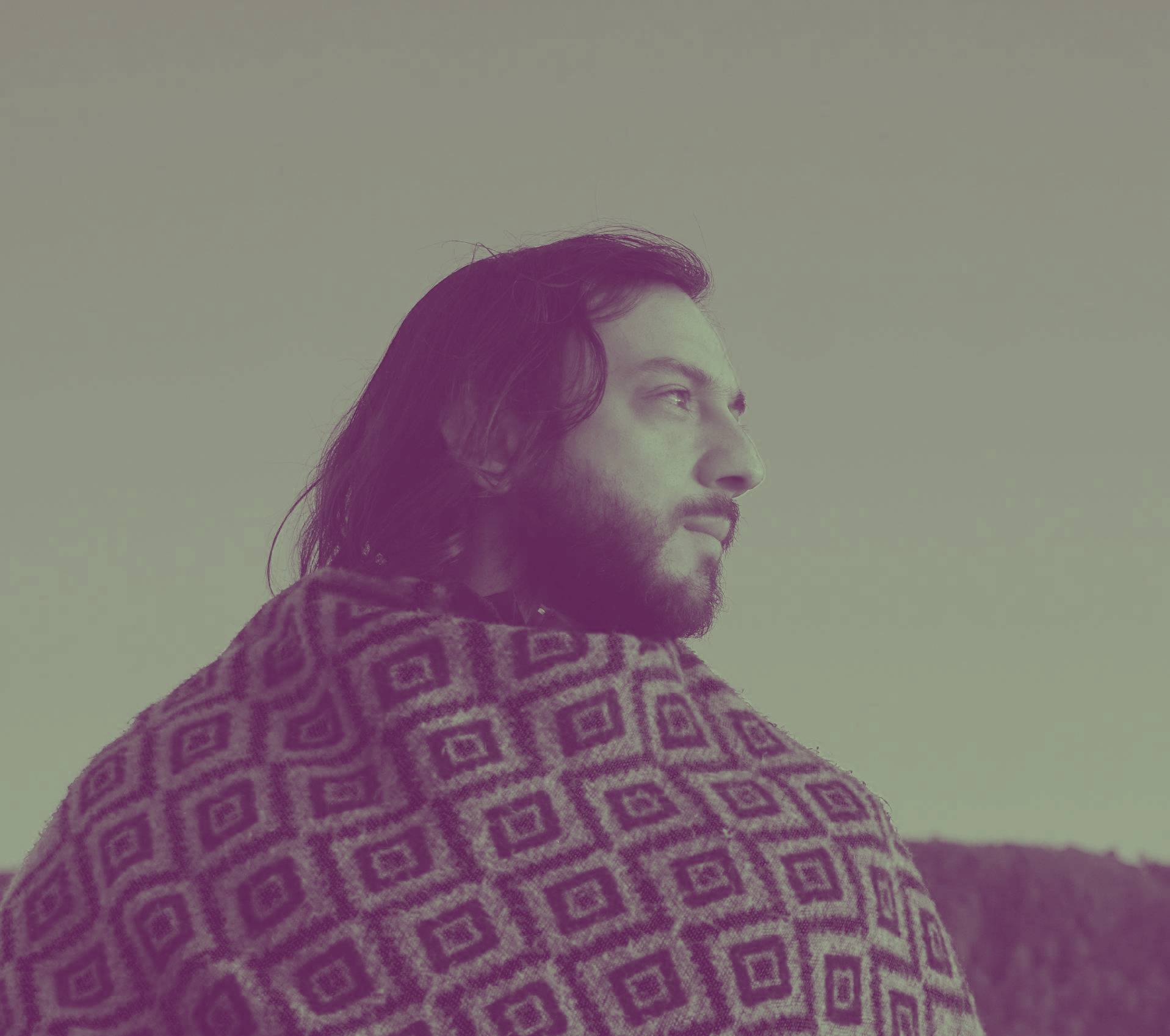