Four illustrators from Chile, and four from Sweden, Norway, Finland, and Denmark, were invited by Fundación Mar Adentro and their respective embassies to participate in the residency program in the protected regions of Bosque Pehuén and Chiloé in November 2016. They were accompanied by conservation experts to seek news amalgams between the fields of art, nature, science, and education. The artist held meetings and interactive workshops with local communities. 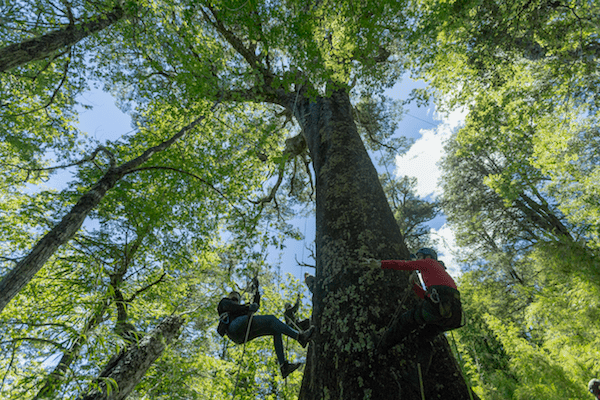 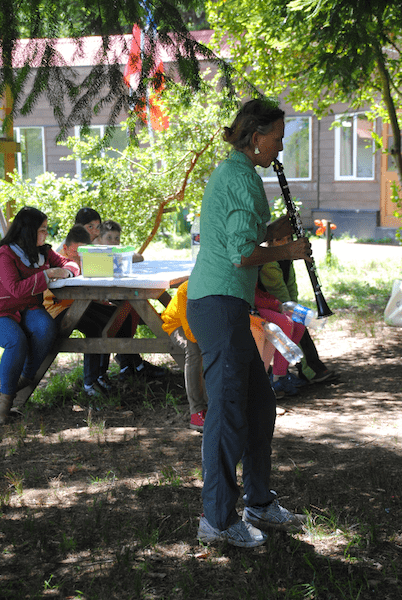 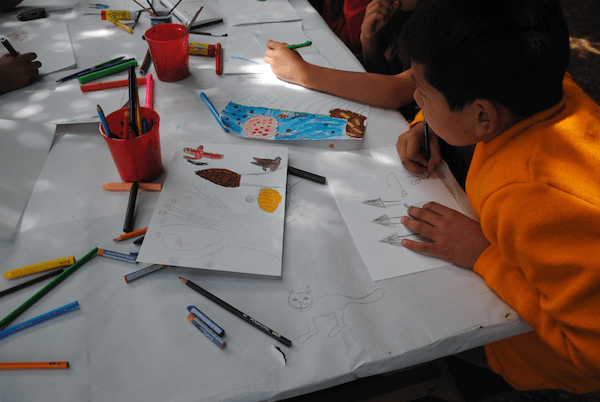 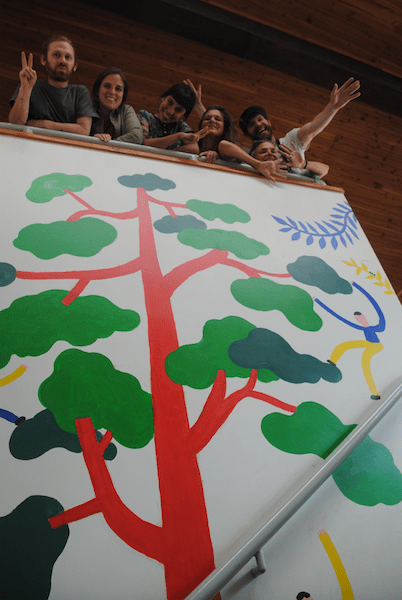 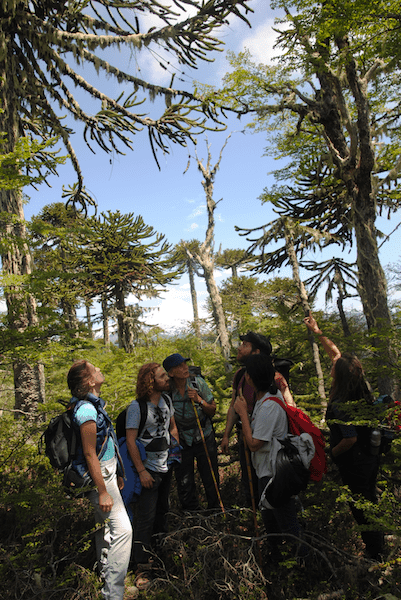 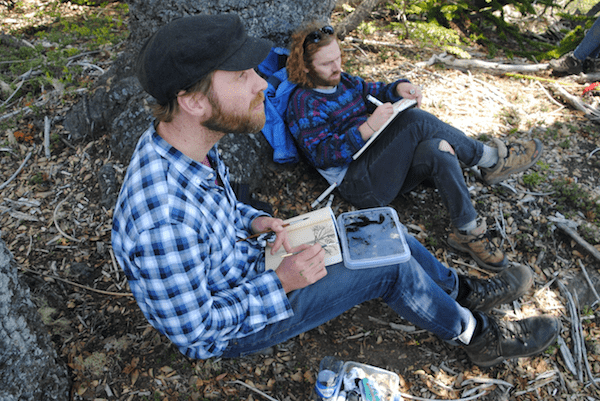 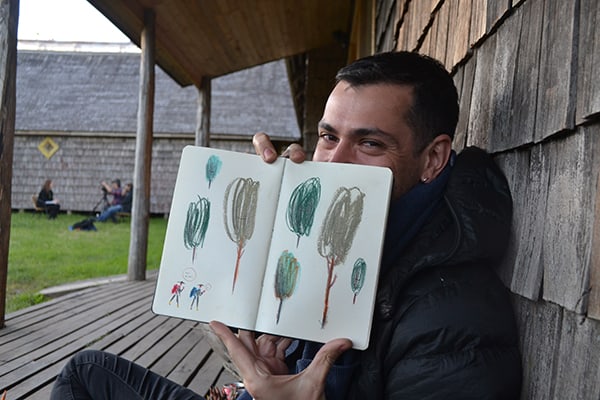 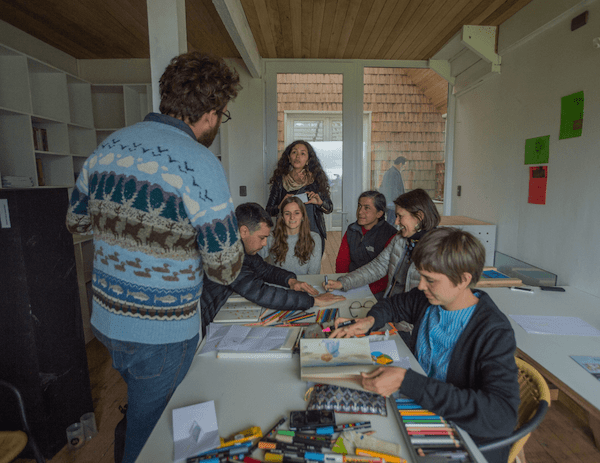 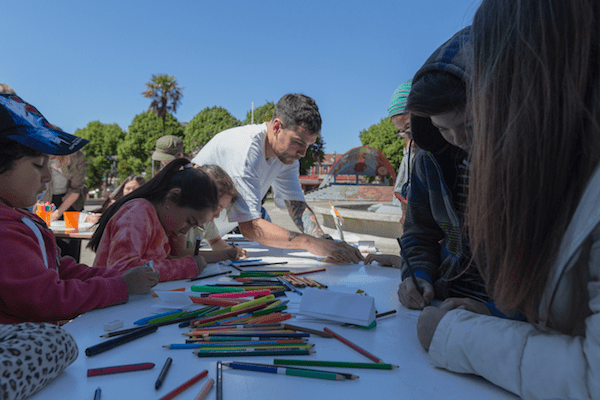 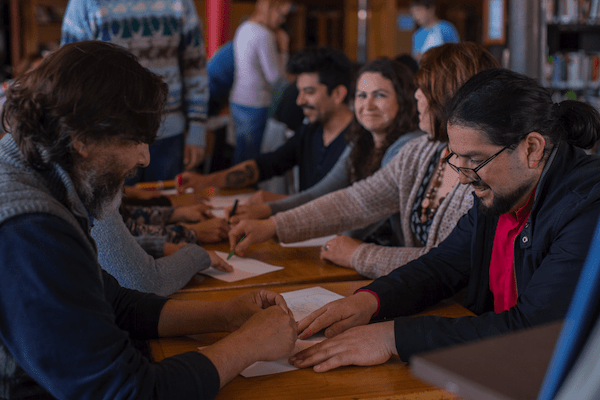 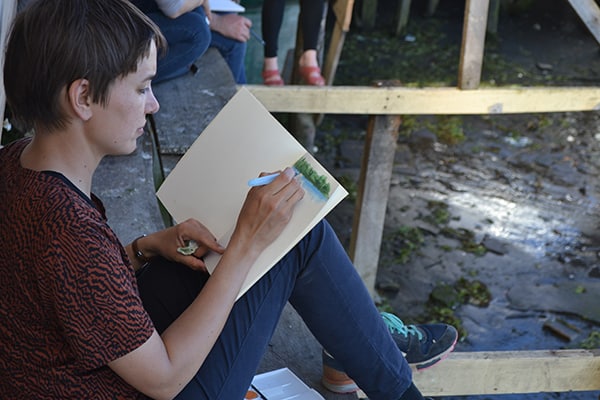 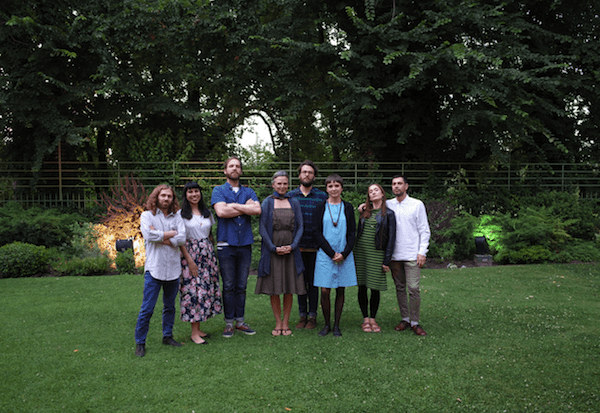 Chilean artists, Daniela William and Tomás Olivos lived with Norwegian artist, Bjørn Rune Lie and Danish artist, Katrine Clante in Bosque Pehuén. They were accompanied by Fundación Mar Adentro’s at the time sociologist, Francisco Molina, who provided them with historical and cultural context on the Mapuche. Bosque Pehuén researchers, Daniela Mellado and Javier Godoy, introduced the artists to the fundamental aspects of Temperate forests, canopies, and the other conservation-oriented research carried out in Bosque Pehuén.

The team of illustrators, allocated in Chiloé, included Siri Ahmed Backström, from Sweden, Linda Bondestam, from Finland, and Chileans, Sebastián Ilabaca and Matías Prado. The residence took place in Castro, in the premises of the Museum of Modern Art (MAM) of Chiloé. They spoke with Renato Cárdenas – professor, writer, historian, and Chilote poet – who shared his philosophies on how nature has influenced Chiloé culture, and with Eduardo Mondaca – a member of CESCH (Center for Social Studies of Chiloé) – who provided historical context for the current movements and social demands in the archipelago. The artists were accompanied by Iván Díaz, Bosque Pehuén researcher, and Jorge Cárdenas, bird expert at CECPAN (Center for the Study and Conservation of the Natural Heritage), on walks through ancient forests and through the dense humidity of Pullao.

Both residences carried out different activities with each region’s community. In Bosque Pehuén, three workshops were held for 60 children, ages 6 to 13, in the Carileufu, Paillaco, and Quelhue Schools. The illustrators taught them how to create their own fanzine (fan magazine). During their stay, the illustrators created a mural for the Carileufu School.

In Chiloé, thanks to the collaboration of the Municipal Corporation of Castro, 40 professors were invited to hold a joint workshop with the illustrators in the Castro Library, as well as host an open activity in the city’s Plaza de Armas, where 180 people participated.

*A Fundación Mar Adentro project in partnership with the Danish, Finnish, Norwegian, and Swedish embassies. With the collaboration of CESCH, CECPAN, Municipal Corporation of Castro, Ilustre Municipality of Castro and its Department of Culture and Office of Tourism; Carileufu School, Paillaco School, Quelhue School, Museum of Modern Art of Chiloé, and Universidad Austral de Chile.