The work of Dutch artist Theo Jansen, kinetic sculptures that combine nature and creativity, activated this large-scale project in 2018 that fostered art and science initiatives that encourage multidisciplinary education on socio-environmental and cultural aspects. It is the product of a collaborative work with various institutions and actors based on the conception and curatorship of Fundación Mar Adentro and carried out in conjunction with the CECREA Program and the Cerrillos National Center for Contemporary Art of the Ministry of Cultures, Arts and Heritage of Chile. 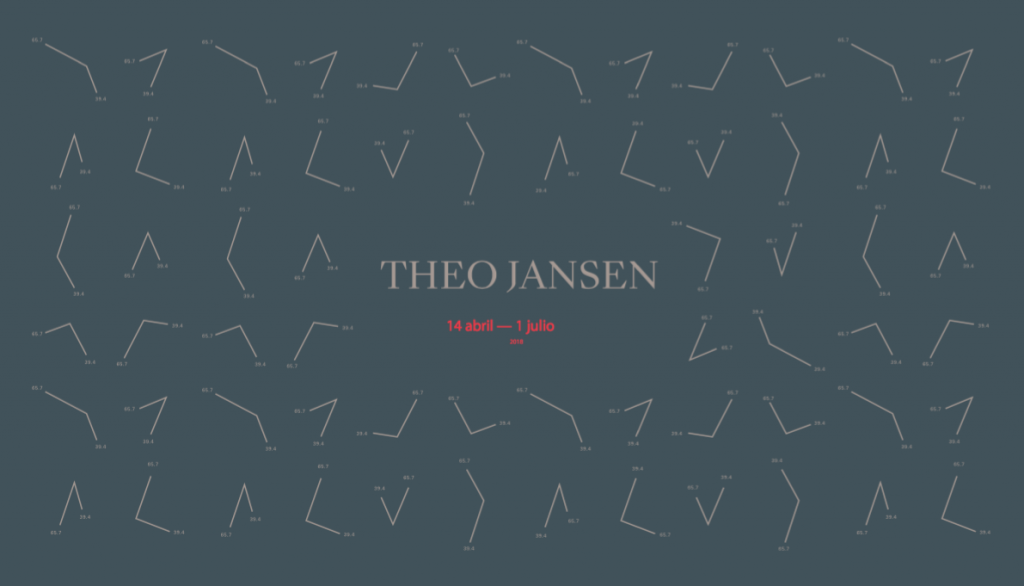 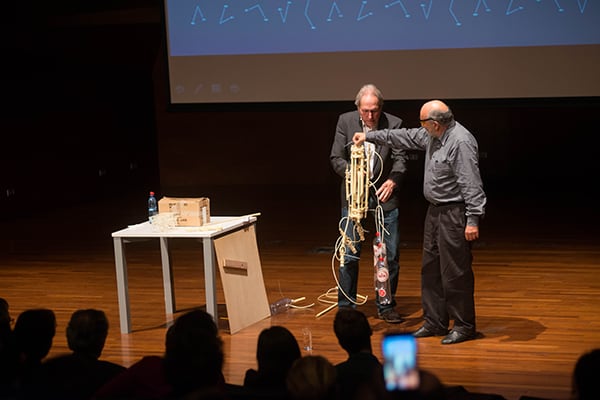 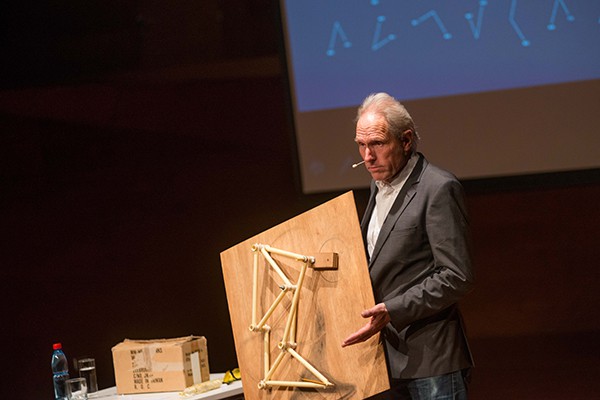 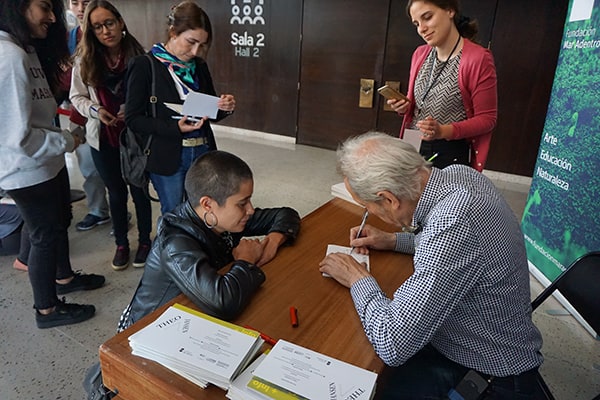 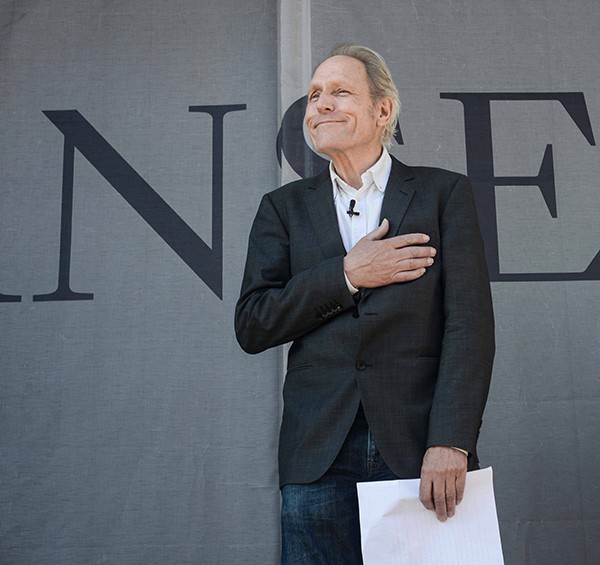 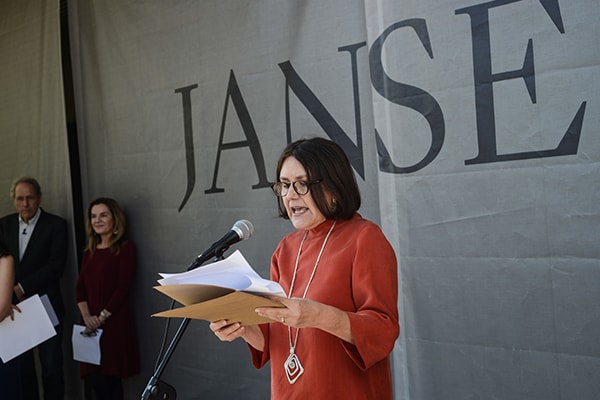 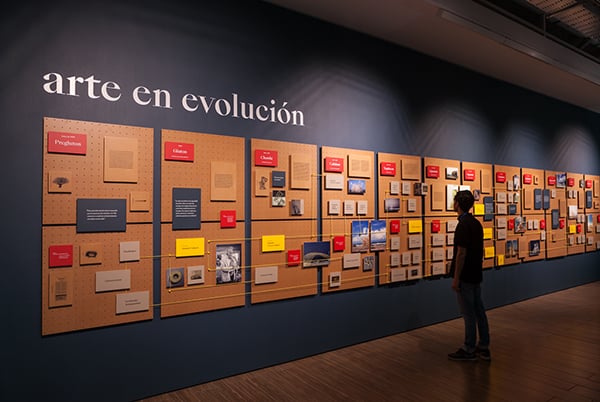 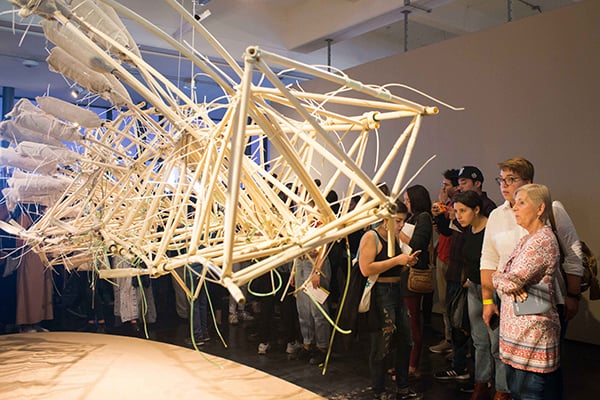 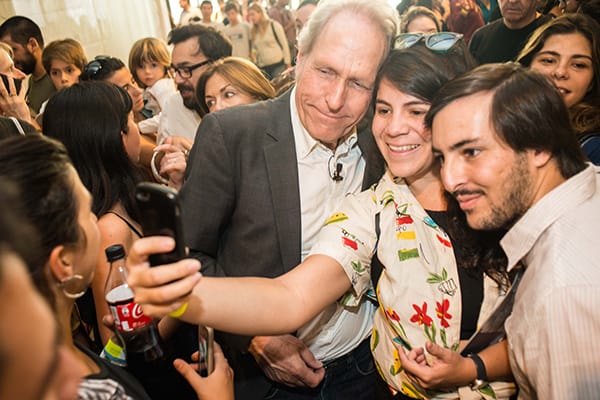 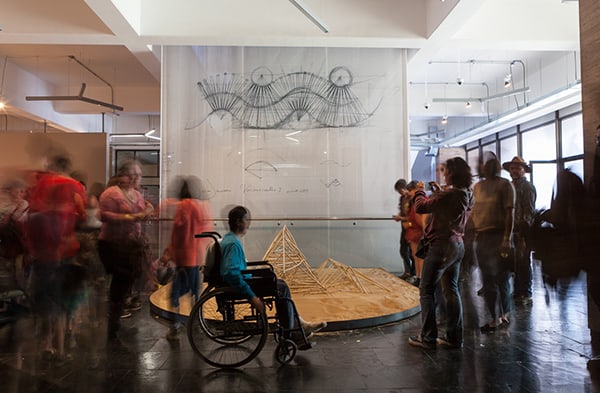 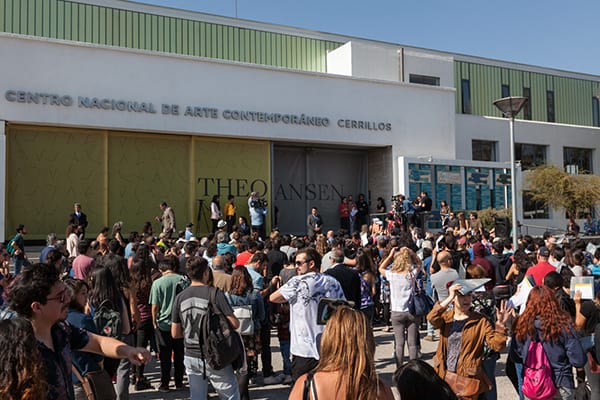 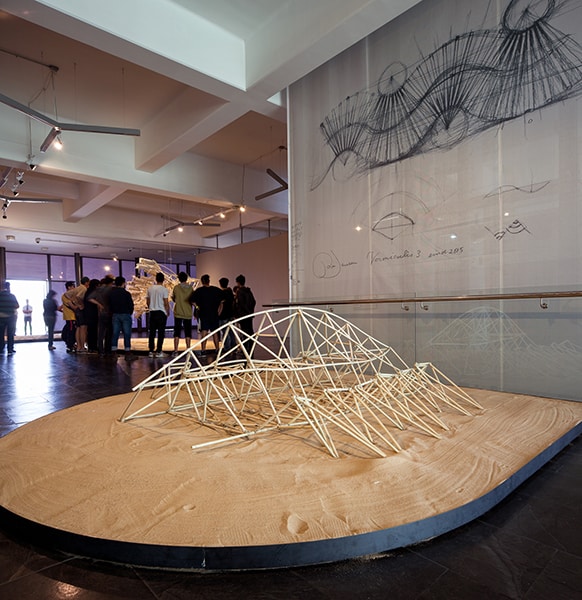 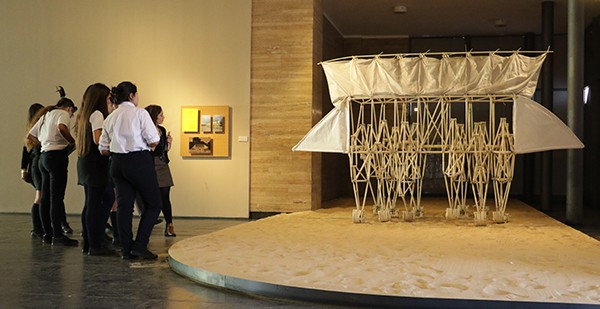 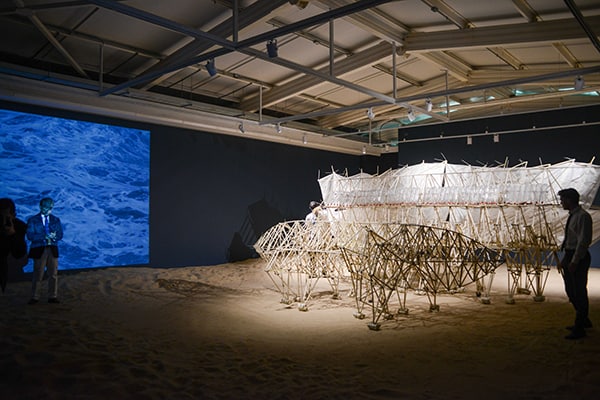 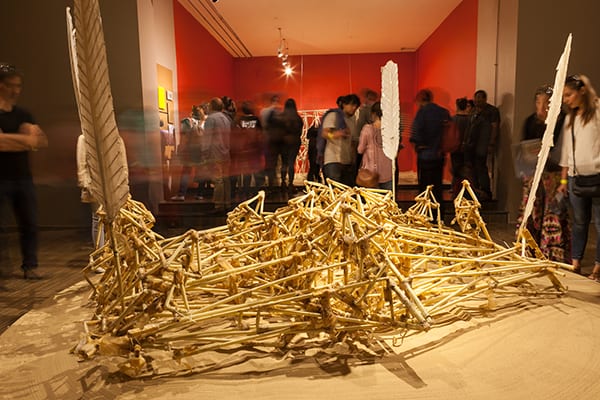 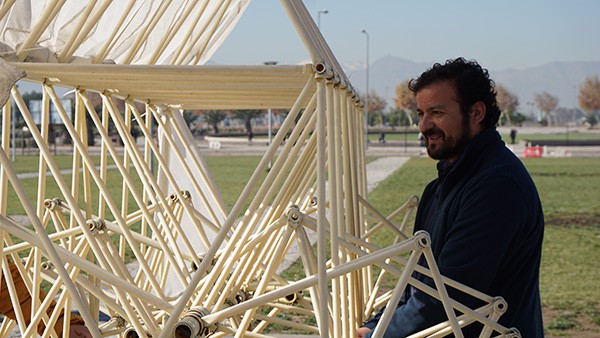 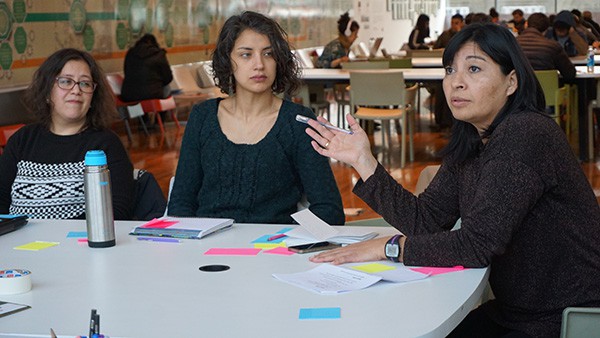 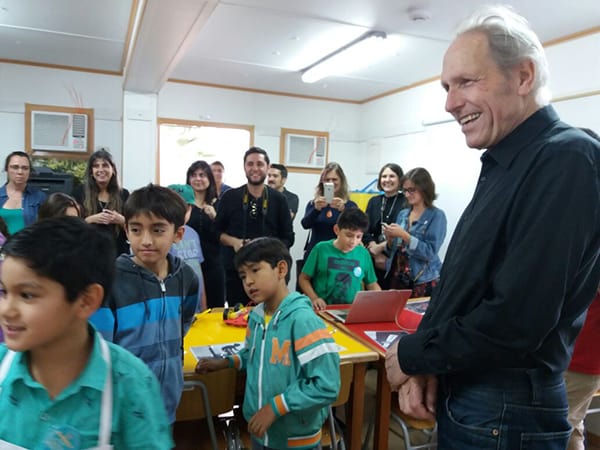 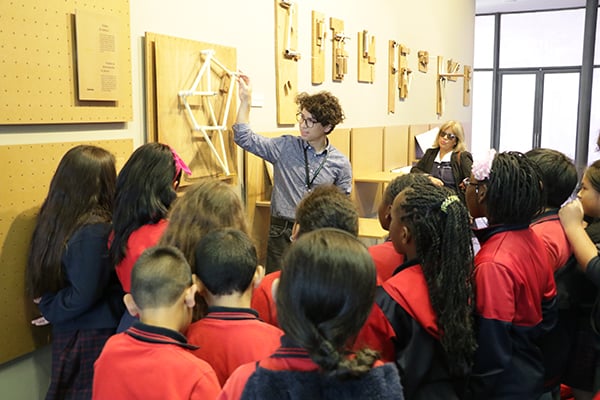 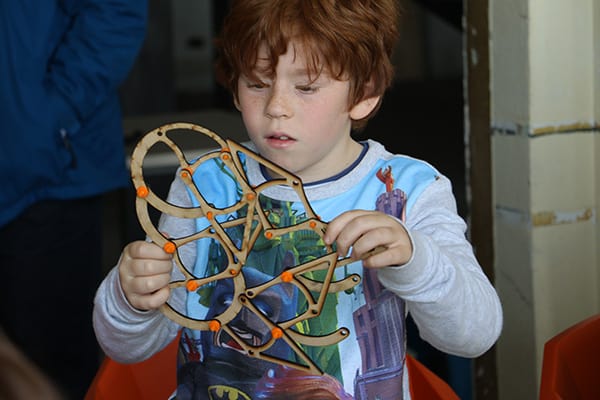 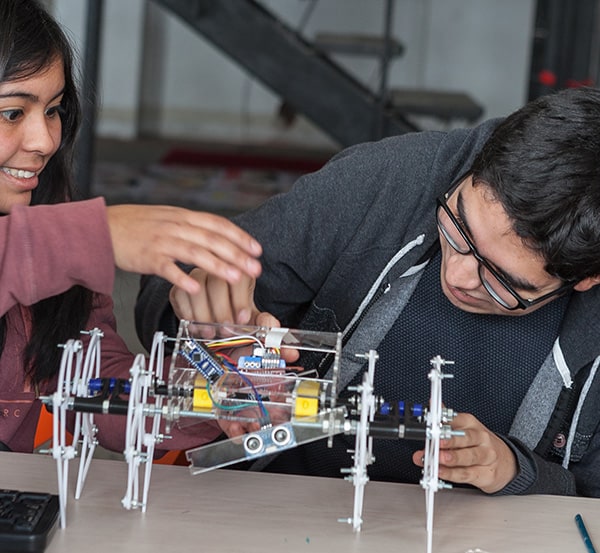 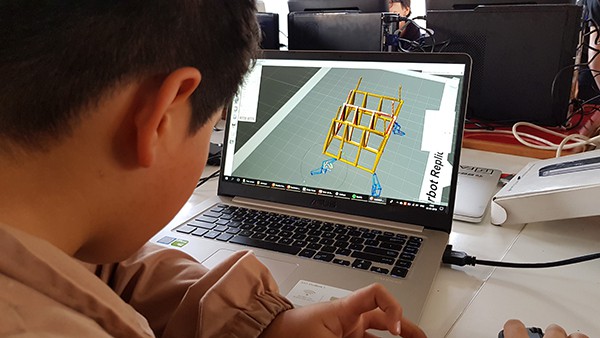 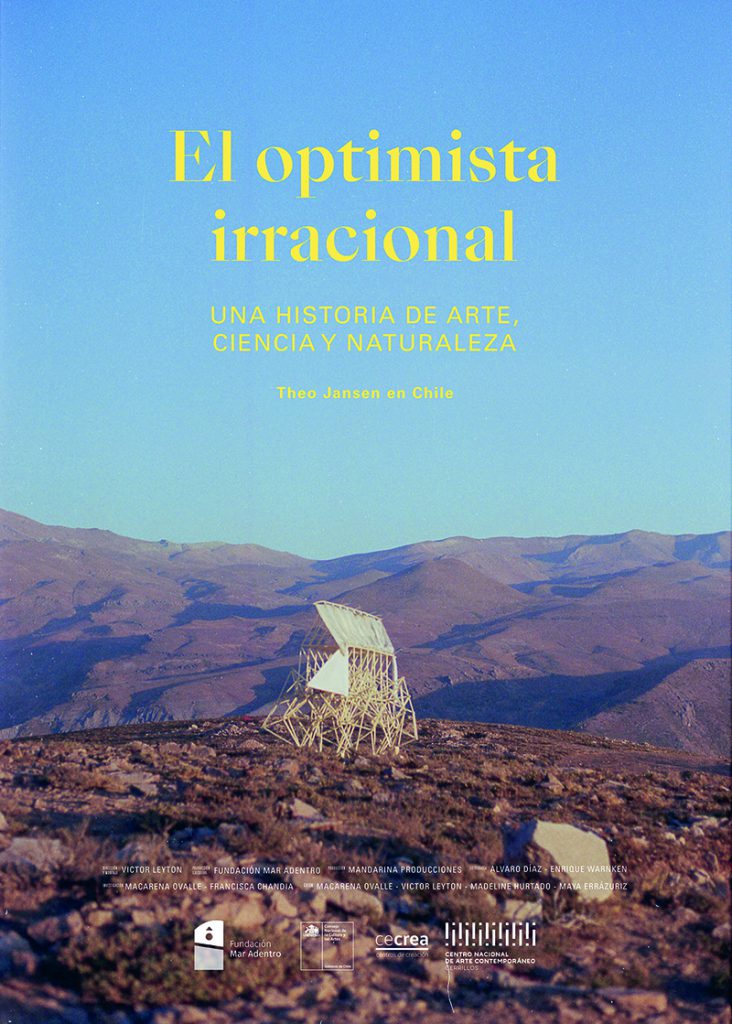 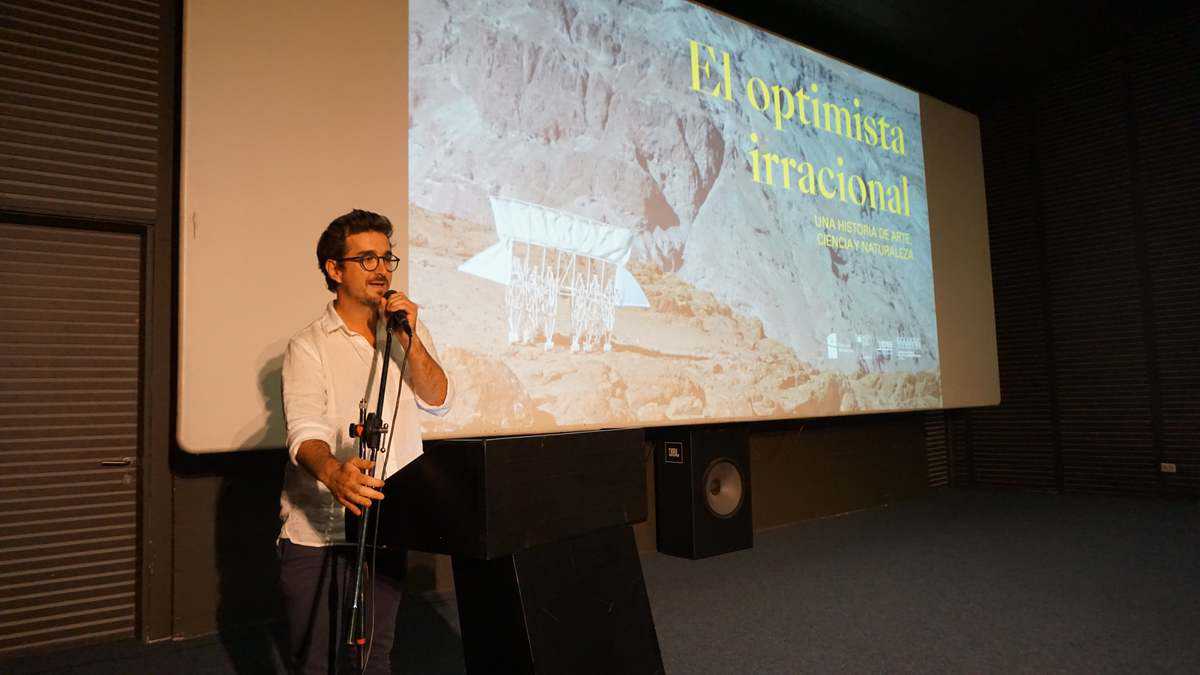 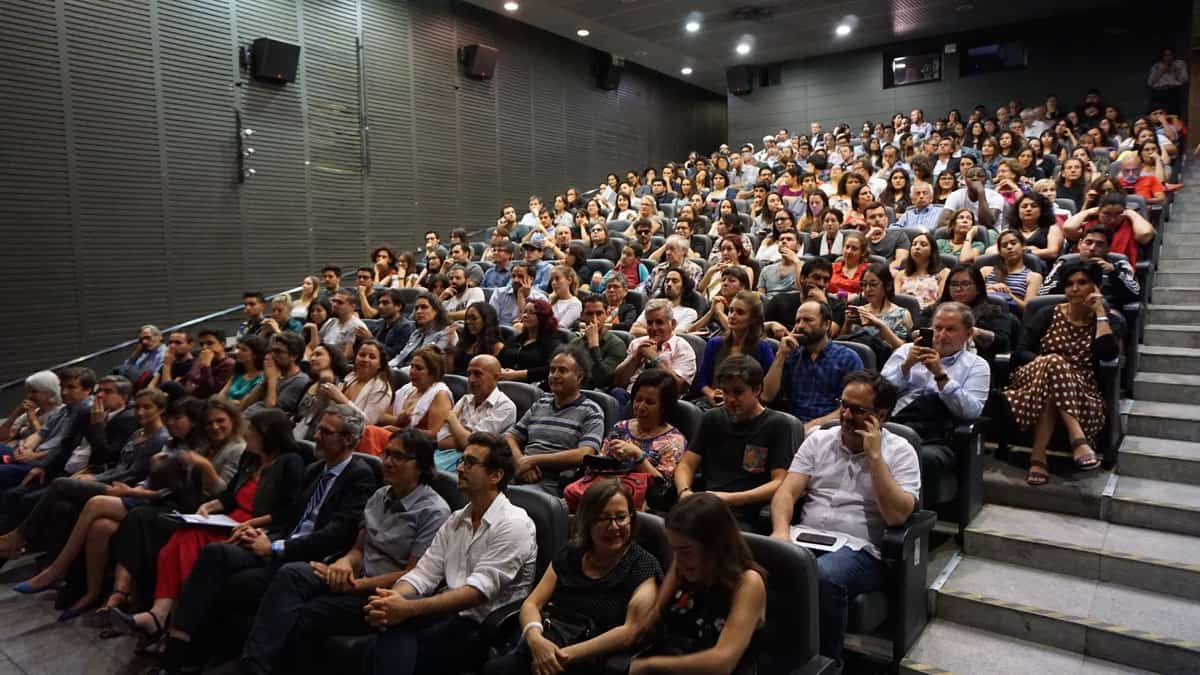 More than 47,000 people visited the exhibition Algoritmos del viento (Wind Algorithms), which considered a selection of his kinetic sculptures, between April and July 2018. The exhibition gave rise to an educational program for children and young adults both in Santiago and in different regions across the country, created in collaboration with various institutions. In addition, Theo Jansen held an open conference at the Gabriela Mistral Cultural Center and his time in Chile was recorded in the documentary The Irrational Optimist.

Jansen studied physics before becoming an artist, and has always blurred the lines between various disciplines: engineering, sculpture and aerodynamics. His work has been presented in numerous museums and art and science spaces around the world such as in Rotterdam, London, Madrid, Seoul, Moscow, Paris, San Francisco, Okinawa, and Mexico City.

Evolution and natural selection are some of his obsessions. Reading the book The Blind Watchmaker, by Richard Dawkins, prompted him to think about how a new being can adapt to an environment. Thus, he has created evolutionary sculptures constructed from plastic tubes that follow basic evolutionary principles, but change to adapt to the different challenges of the natural environment. He calls them Strandbeests (beach animals) and they are the product of an experimental work that he has conducted over 27 years on the mathematical and kinetic possibilities along with the forms and materials in relation to the environment. Jansen builds his animaris–union of the words animal and sea in latin–with the idea that one day they will be able to autonomously live and transcend Jansen himself. His work then is an invitation to find new connections, times, spaces and words to understand human beings and nature as a whole.

Before opening the exhibition, on April 12th, Theo Jansen held a keynote lecture for students and the general public at the Gabriela Mistral Cultural Center. He addressed topics such as creation and observation of the environment, nature and evolution, chance and mathematics. More than 260 people attended.

Here you can see the full videoconference (there are a few sections in english, but most of the video has been dubbed in Spanish).

“If you repeat the word ‘wind’ often enough, it will start to blow. You should try it sometime … “Introductory panel quote. © Sebastián Mejía

Sand, sea and wind are elements present in the environment in which the Strandbeests were created. They are the product of algorithms mobilized by the wind whose stroke delivers new possibilities that flow from materials, chance, trial and error. In this way, light, sound, materiality and color were combined in the exhibition’s museography to transpose the spectators to the living environment of these creatures.

The exhibition considered the presentation of eight of his Strandbeests, belonging to the different evolutionary periods conceived by the artist. Two of the creatures, Animaris Ordis and Animaris Plaudens Vela, were interactive pieces where the audience was able to physically propel them and see how they mechanically move on their own by way of kinetic calculations. In addition, a cabinet with drawings, objects and models developed by Jansen during his creative and research process was exhibited, as well as a timeline to understand the evolutionary development of each of the animaris present.

The museography was developed by SUMO and DEO,–and then mounted by Cromolux–which focused on delivering didactic and varied contents through documentaries, videos and small natural scenarios that, through lighting and sound, presented human scale representational environments to observe these curious life forms. Throughout the entire exhibition period, mediated visits were made to 318 groups for a total of 11,000 students and adults.

From his ideas and work, an extensive educational program was designed with more than 30 free activities on the observation of nature, the creation of new forms and the possibilities of technology and art in relation to the environment. From May to July 2018, together with FabLab Universidad de Chile, FabLab Universidad Católica, and the mediation team of the Cerrillos National Center for Contemporary Art, various workshops were held in Santiago on biomimetics, robotics, programming, 3D scanning, virtual robots, creativity, observation, body movement and citizen participation for children and young adults ages 6 to 18.

Subsequently, in August 2018, the workshops became a travelling educational program, implemented in the CECREA centers of the Ministry of Culture different cities in Chile, whose facilitators and teachers conducted workshops which were jointly designed in our Active Teachers Program.

The program also considered the development of pedagogical notebook (available only in Spanish) on the different contents of the exhibition for teachers to be able to use both in class as well as when visiting the exhibition, and 3 educational capsules on creative processes, art and science, and on the value of co-designed work.

Made during his time in Chile, it is a documentary that embarks on a journey with Jansen from the mountain range to the sea to raise issues such as: art and science, trial and error in creative processes; and the relationship we have with nature. Directed by Víctor Leyton with the production of Fundación Mar Adentro.

Theo Jansen in Chile was organized by the Fundación Mar Adentro, the CECREA Program and the National Center for Contemporary Art of the Ministry of Cultures, Arts and Heritage. We would also like to thank the collaboration of: FabLab Universidad Católica, FabLab Universidad de Chile, Ecoscience Foundation, Gabriela Mistral-GAM Cultural Center, Municipality of Cerrillos, Directory of Metropolitan Public Transport, Embassy of the Netherlands in Chile, Massiva, Valle Nevado, Papiro, Triángulo Gráfico, Media Stream, CGS, Ibero Americana Radio Chile and TVN.

The Teacher’s Workbook on the Documentary The Irrational Optimist, Created by Fundación Mar Adentro and the Escuela al Cine Program of the National Film Archive Center Now Available

Premiere of The Irrational Optimist in Cineteca Nacional

The Legacy of Theo Jansen: New Workshops Across Chile

The Unprecedented Educational Program of the Theo Jansen Project in Chile