“Naturaleza expandida: visibilizar lo invisible” (Expanded Nature: Making the Invisible Visible), co-curated by Maya Errázuriz, from Fundación Mar Adentro, and Italian curator Carlo Rizzo, is currently on view from October 2020 to April 2021 in the Galería Patrimonio of the La Moneda Cultural Center (Santiago, Chile). A collective show that addresses natural heritage from various disciplines and that explores how converging scientific, artistic and social forms of research and interpretation can deepen our understanding and interrelation with a diverse and constantly transforming nature. The exhibition considers photography, installations, seeds, graphic and sound works, as well as an interactive piece. 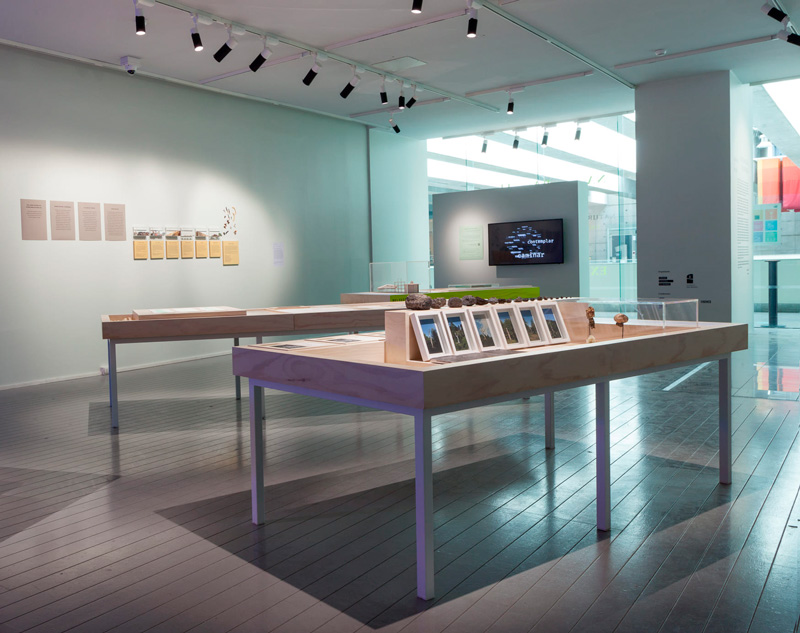 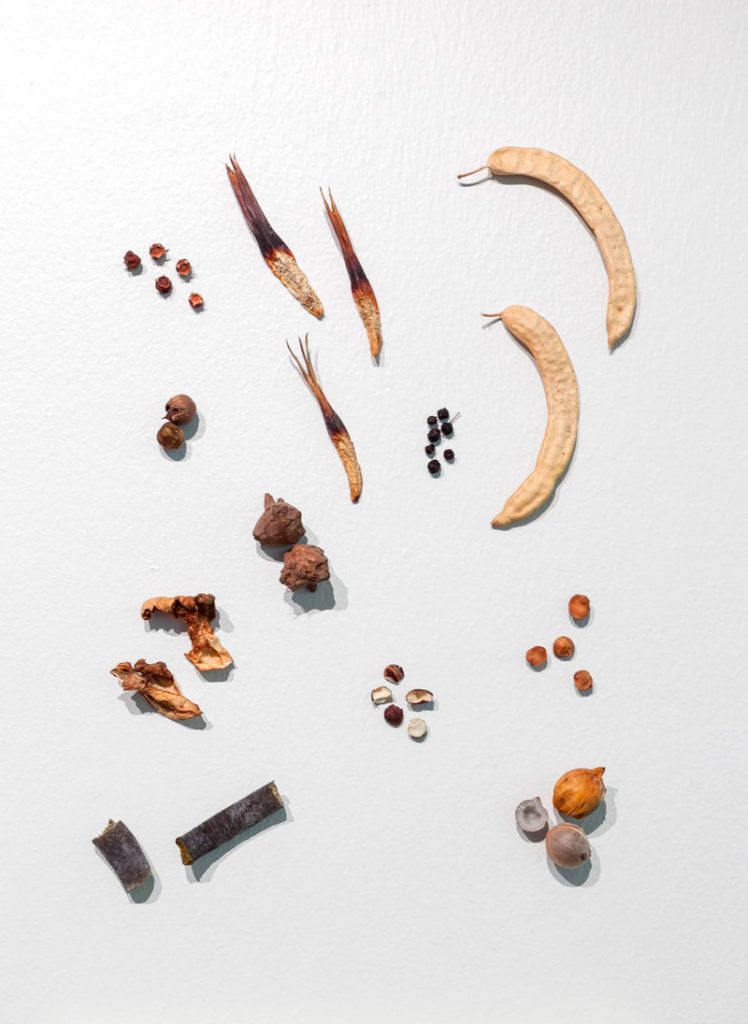 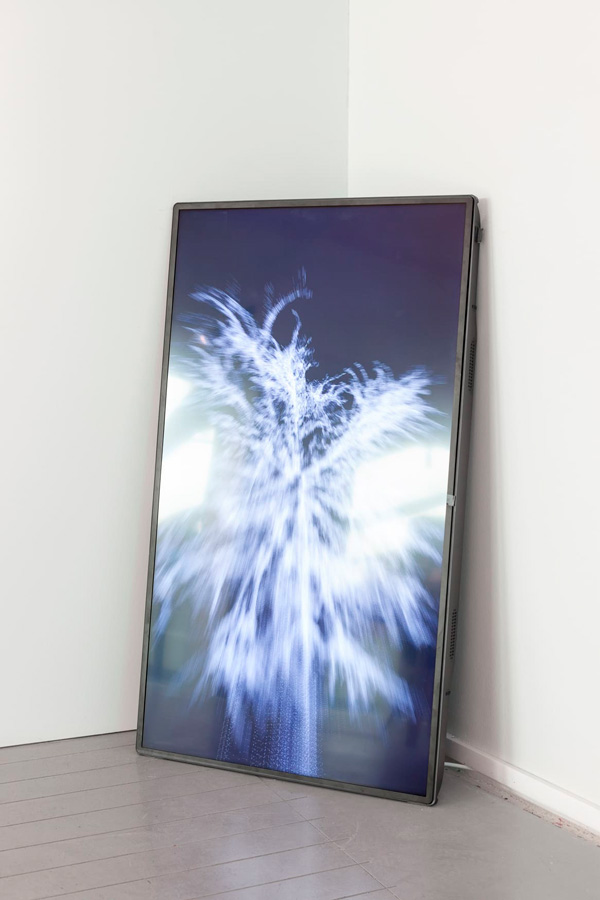 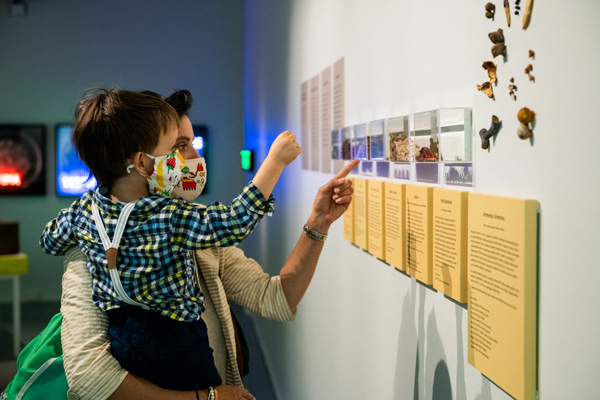 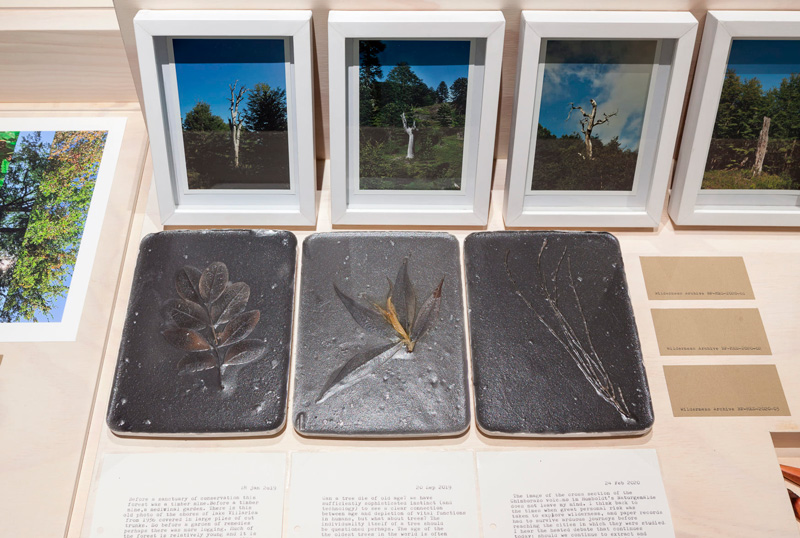 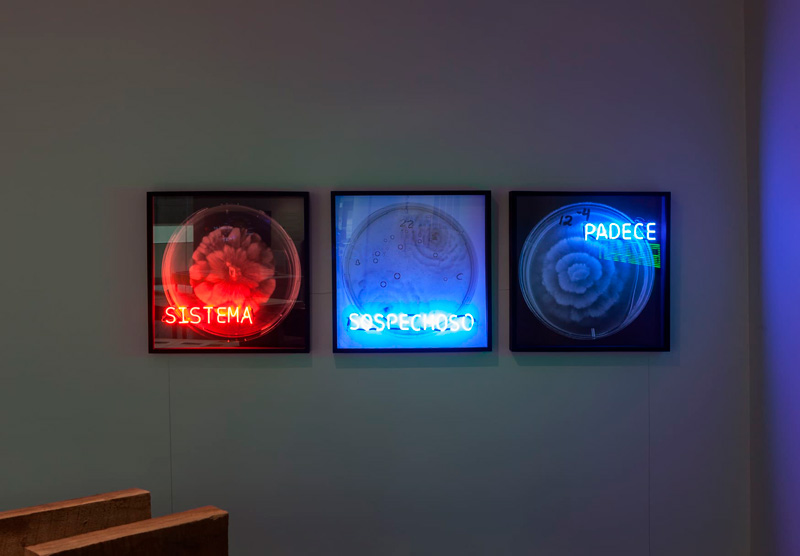 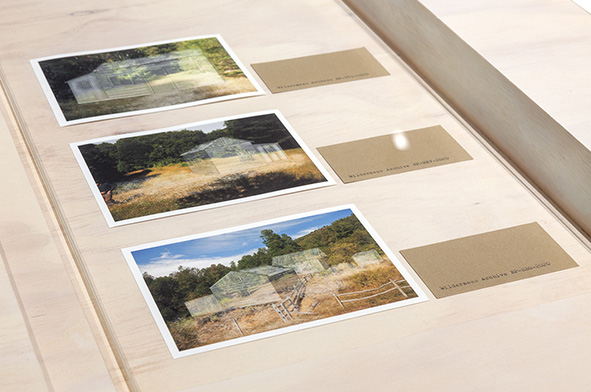 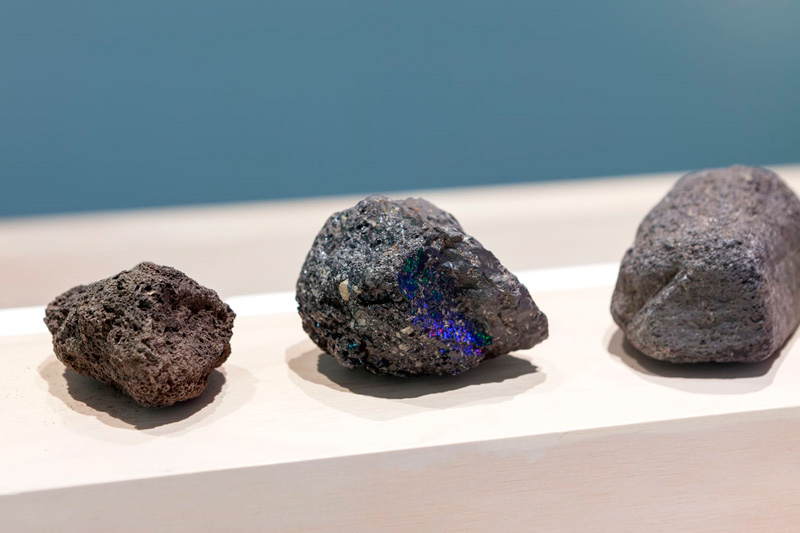 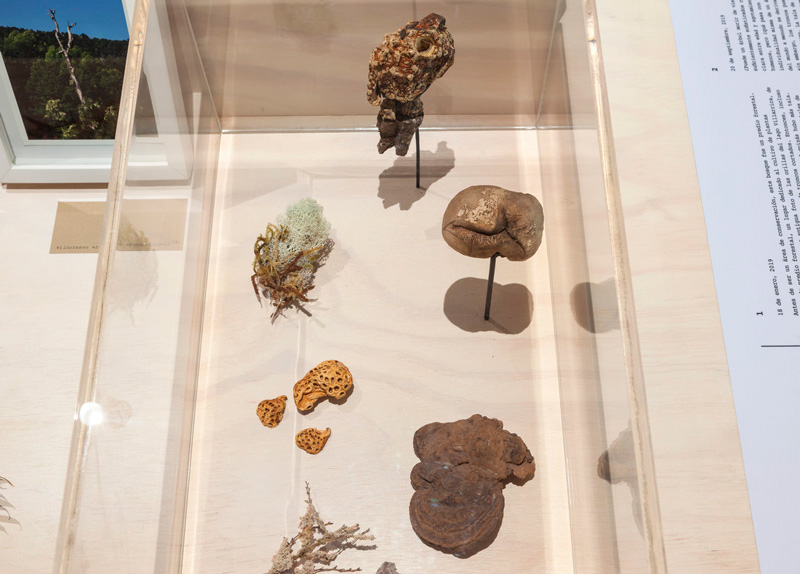 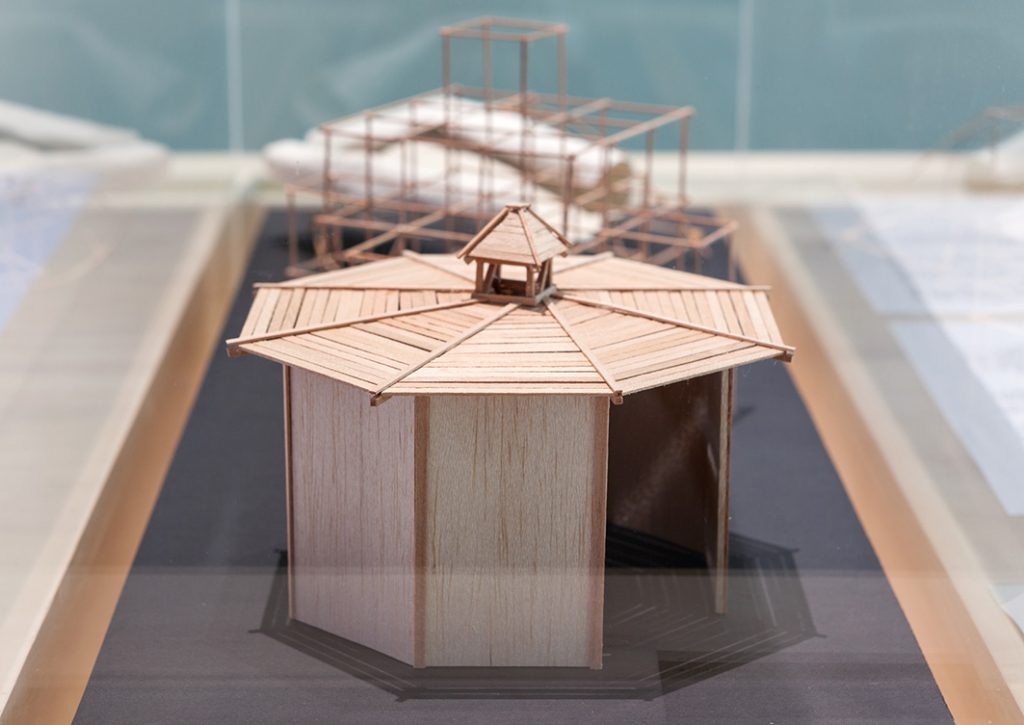 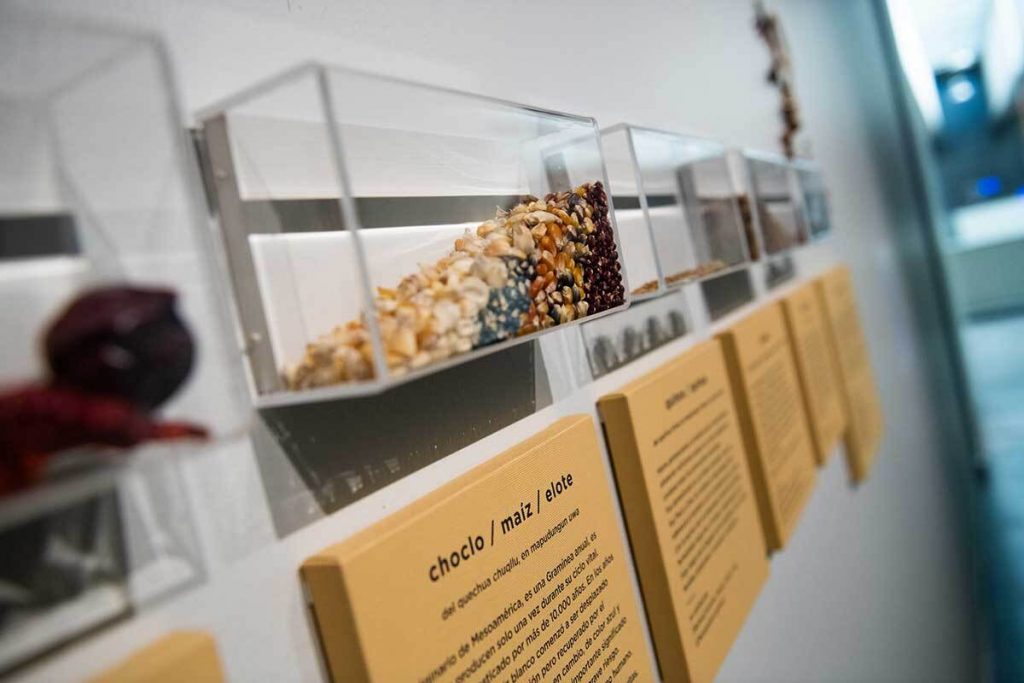 The exhibition is the result of a collaborative research journey initiated in 2019 by Fundación Mar Adentro (FMA) together with Carlo Rizzo in the Bosque Pehuén Residency Program–which takes place in FMA’s privately protected area of conservation in the Andean Araucanía–in search for new creative and critical perspectives on the visual and archival portrayal of the notions of wilderness and the human and non-human interrelation, along with the need to rethink the concept of natural heritage, beyond its untouched and pristine culturally constructed definition.

Four artists subsequently enriched that experience with their perspectives –Josefina Astorga, Máximo Corvalán-Pincheira, Laboratorio del Eco/Gregorio Fontén, Miquel Moya and Carlo Rizzo himself–, to contribute, defy and expand the way natural heritage is defined, archived, documented, represented and consequently protected or institutionalized, developing a deeper understanding of the visible and invisible signs that occur in the interaction between nature and humans.

In essence, the exhibition is an invitation to reflect on how one defines natural heritage and how that influences the way one interacts with and within nature. Under this line of thought, each of the artworks reveal various points of view concerning this issues, where photography become a catalyst of memory, imagination and spirituality; sound, a new form of communication with nature; light installations a form of questioning how the heritage status can at times alienate us from nature; seeds as carriers of biocultural food heritage; prints, videos and objects the storytellers of an experience, to develop a collective creation, in which viewers will formulate a redefinition of natural heritage based on their sensorial memory.

In addition to the works of the artists, “Expanded Nature: Making the Invisible Visible” features the first presentation of Wilderness Archive, an itinerant research project that reformulates traditional “cabinets of curiosities” from the 16th, 17th and 18th centuries to question traditional forms of presentation of nature and the extraction of natural specimens. This proto library of archives is formulated through four showcases, each representing a specific theme (Life Cycles, Beliefs, Architecture/s and Water), to tell the story of the human-nature relationship of this place in Araucanía that has undergone a series of transformations, through works that contain different objects, texts, printed matter and videos.

The exhibition also rescues knowledge such as agroecology and the importance of traditional seeds and the work of seed keepers, the use of technology in conservation strategies, a selection of a Fungarium, and digital forms of sharing this exhibition which has all been made possible thanks to the collaboration of Fundación Biodiversidad Alimentaria, Fundación Fungi, Geocom and Revista Endemico.

For more information on visiting hours: cclm.cl
©Photos by Sebastián Mejía
_____
About the artists:

Josefina Astorga (1984, Santiago, Chile) Photographer whose work revolves around the landscape and the broken relationship between humans and nature, using photography and primitive ceramics as alchemy spaces for a poetic, evocative and symbolic construction, seeking the ecological and imaginary longing as an emancipatory action. Among her most recent solo and group shows: “Refractorio” at Galería Tajamar produced by OMA, Chile (2018), “A.I.R Remote”, Edsvik Konsthall, Sweden (2018); NORDART International Art Exhibition, Chilean Pavilion – Büdelsdorf, Germany (2017), among others. Recently her work has expanded to social artistic practices, which has led her to be co-creator of Becas Migrantes project (2015 to date), a laboratory for collective research on migration and human rights in Chile, and La Voz del Pueblo (2017 to date), a feminist artistic collective that develops oral, sound, audiovisual and performative proposals.

Máximo Corvalán-Pincheira (1973, Santiago, Chile) visual artist whose work can be characterized as multidisciplinary research, in which he works alongside professionals from different fields of science, constructing poetic and political stories. Among his most emblematic works is Proyecto ADN, an artistic investigation that speaks of the search for missing identities from a political to cultural perspective and more recently incorporating the natural sphere. He has participated in numerous biennials such as the Vancouver Biennale, Canada (2020); SUR Biennial, Peru (2017); SIART, Bolivia (2009); Biennial of Havana, Cuba (2006); Shanghai Biennial, China (2004). Additionally, his work has been presented in both individual and group exhibitions nationally and internationally, his most recent include: “Light, Art, Humanity”, Daegu Art Factory, Korea (2019); “Rotations”, Espai 10, Spain (2017); “Space to Dream”, Auckland Art Gallery Toi o Tamaki, New Zealand (2016), among others.

Laboratorio del Eco – Gregorio Fontén (1983, Santiago, Chile) has a doctorate in Sonic Arts from Goldsmiths University of London. Fontén explores the combination of sound poetry, piano, electronics, landscape and data sonification to develop songs that range from speculative forms of listening to South American melody and natural soundscapes. His work has been presented in different places in the Americas and Europe, such as: Queen Elizabeth Hall (London), Center for New Music (San Francisco), Fundación Phonos (Barcelona), CMMAS (Morelia), Municipal Theater of Santiago. Currently, he works from his Laboratorio del Eco Laboratory located in the I.R.C. Gallery in Valparaíso.

Alimento Silvestre – Miquel Moya (1985, Santiago, Chile) Graphic designer from DUOC UC who since 2015 has devoted his work to studying edible wild plants of the south-central zone of Chile and wild fermentation in a self-taught form. He is founder of Alimento Silvestre (Wild Foods) an initiative dedicated to valuing this unknown and little used heritage in today’s cuisine, to rebuild the food culture that dominated these territories before the arrival of the Spanish conquerors. Since 2018, Moya has been conducting workshops and botanical drifts in urban and natural parks in Santiago, Chiloé, Valdivia, and Concepción, to educate about this hidden world of wild foods and encourage food independence and greater knowledge of our natural environment.