Organized by Fundación Mar Adentro, Asociación Teatro Odeón, Universidad de Playa Ancha and the Mesa de Desarrollo Territorial, the activity that took place in Plaza Waddington on November 9 was a space for community sharing and reflection. 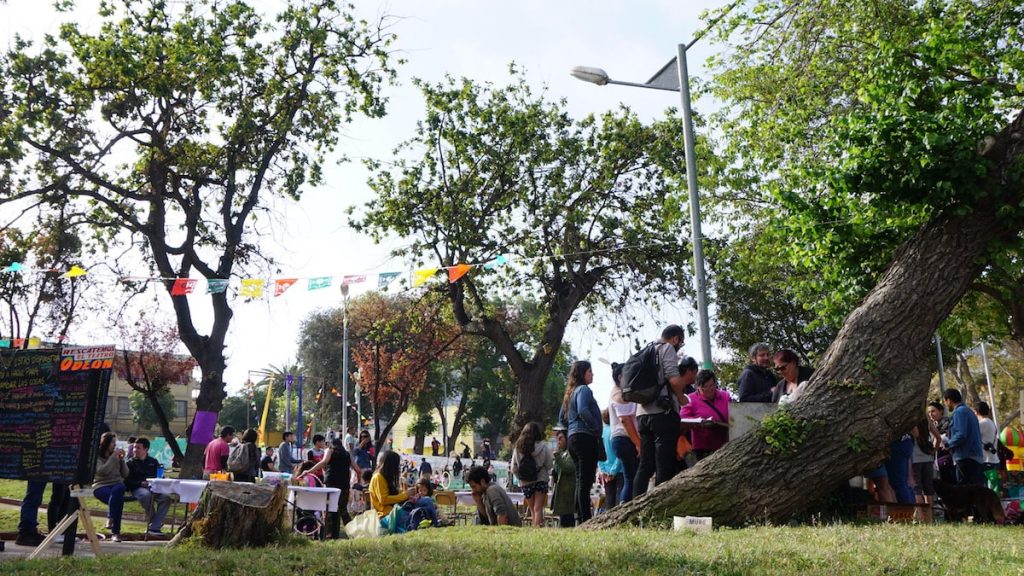 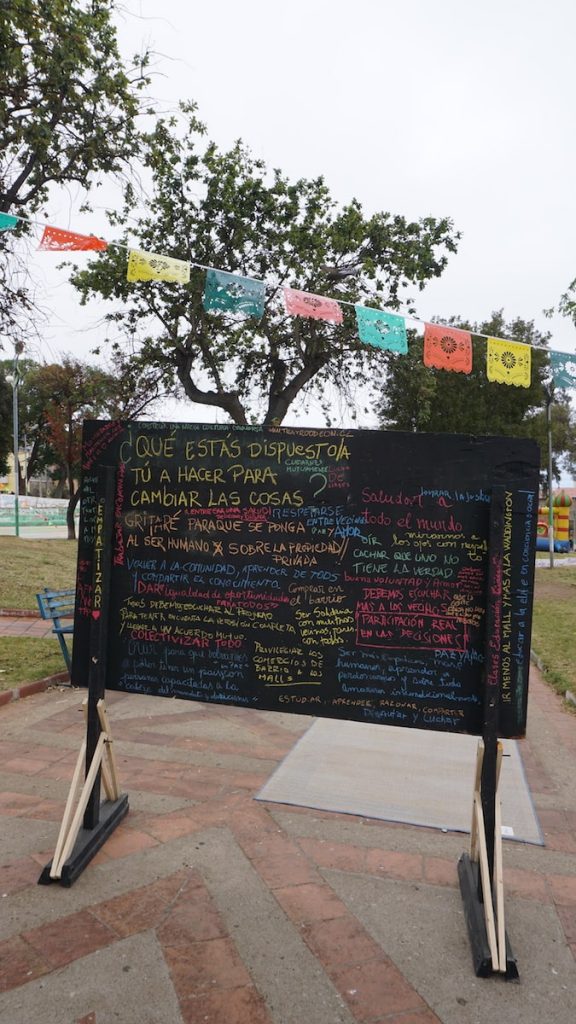 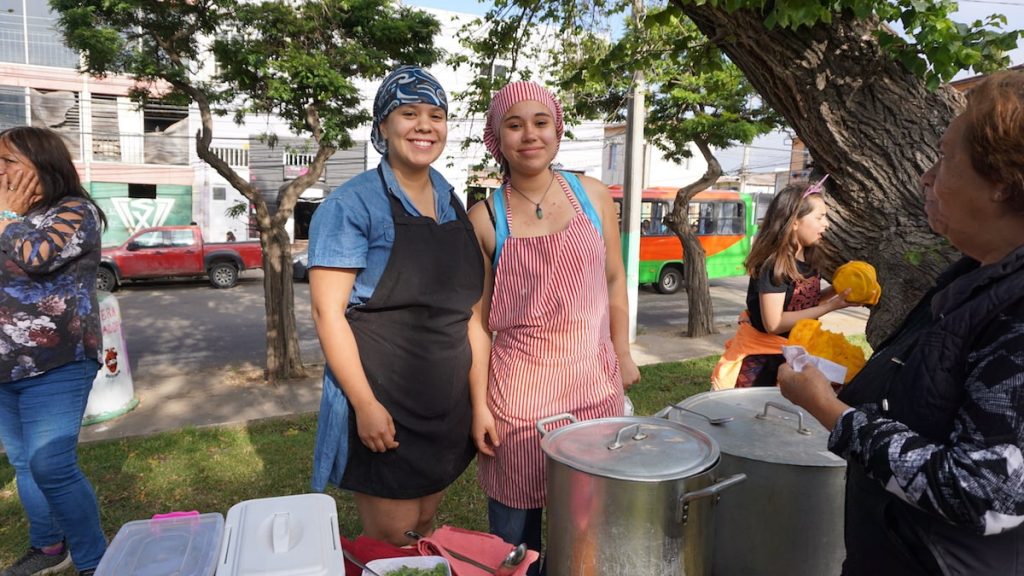 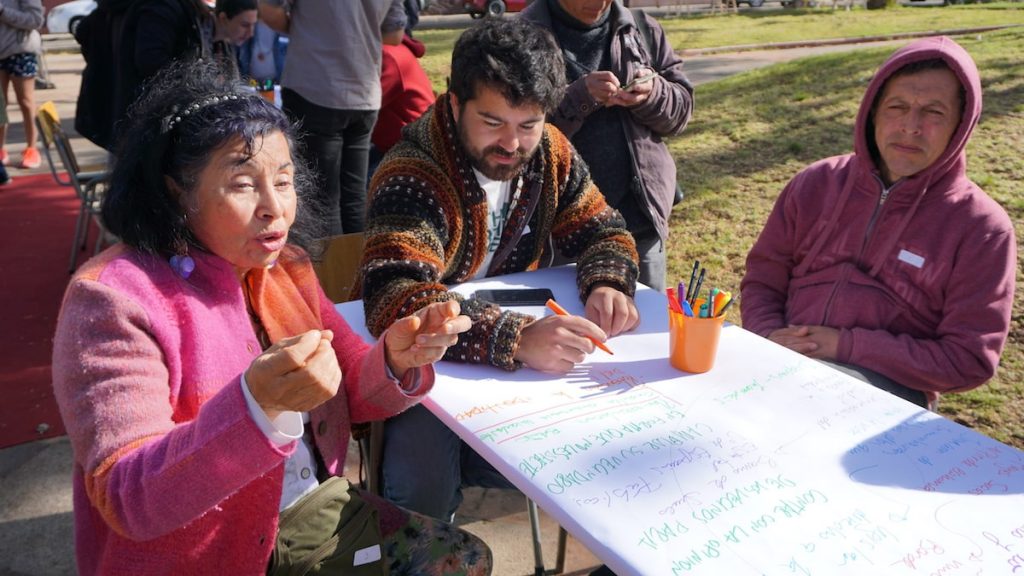 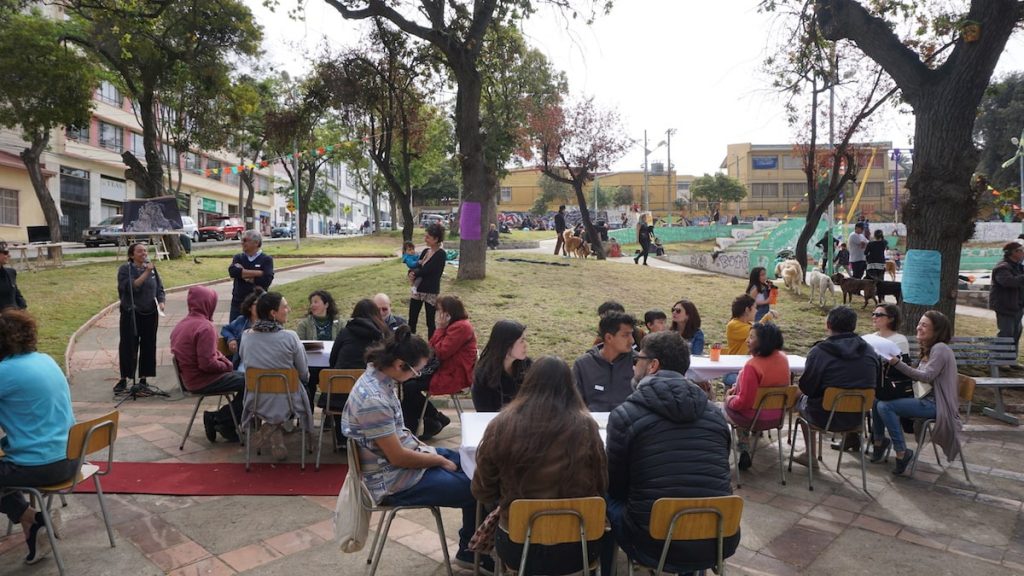 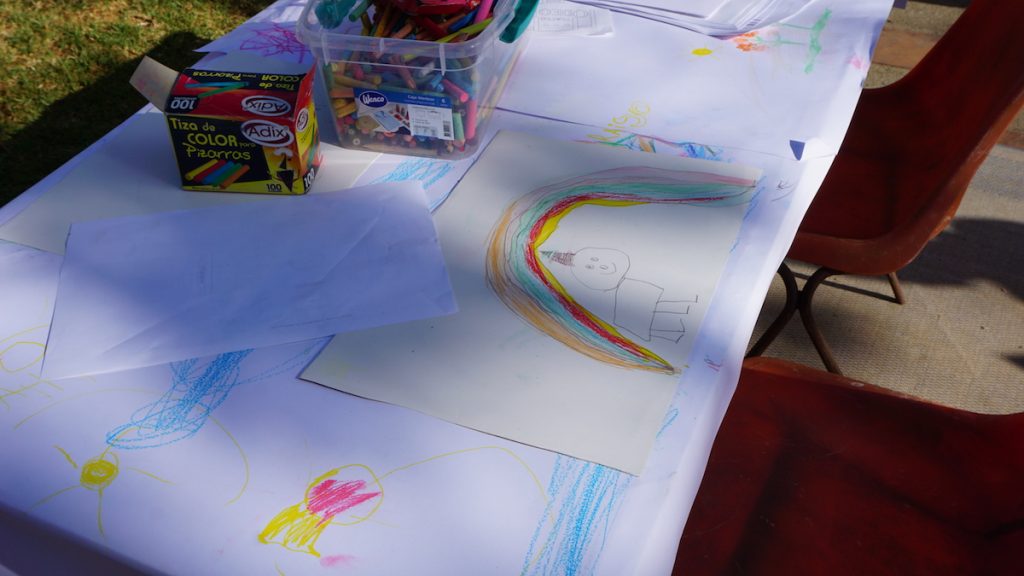 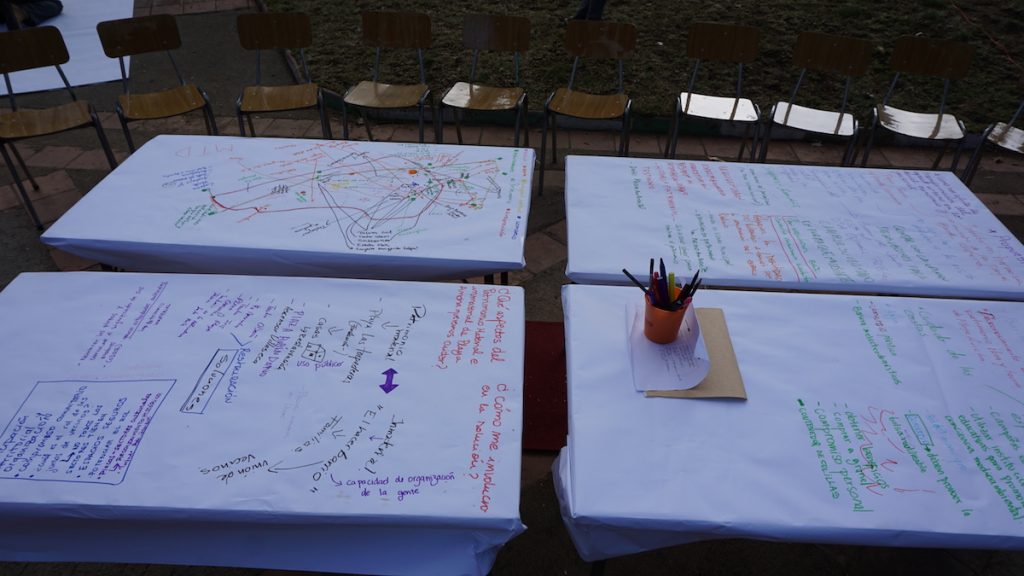 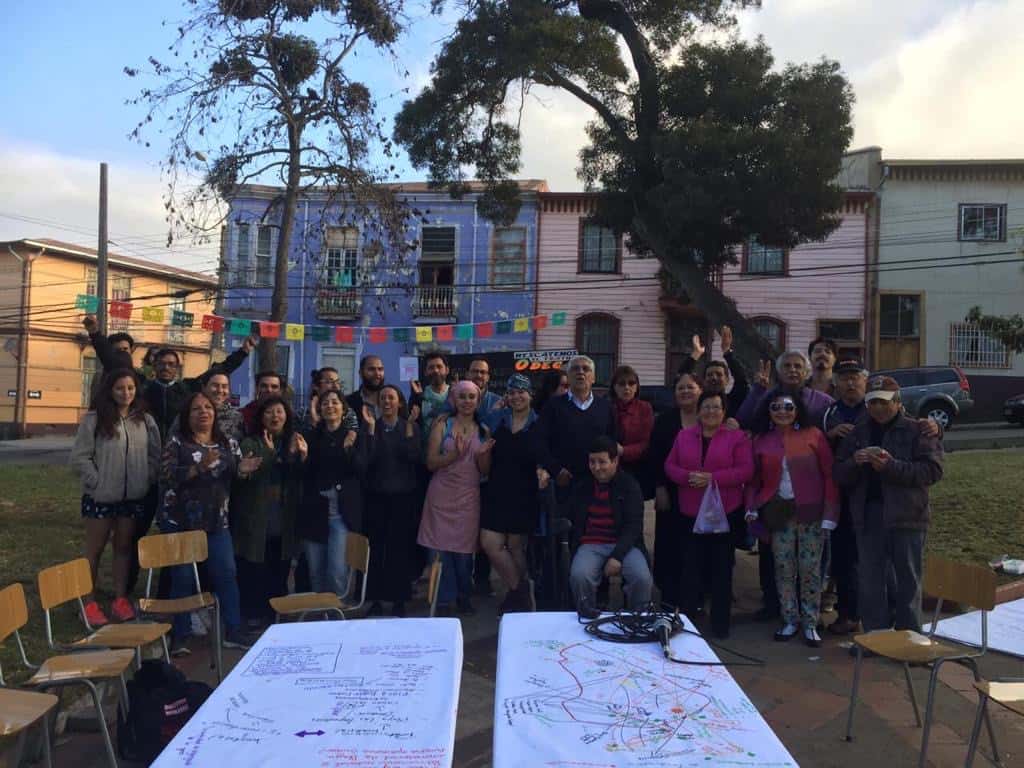 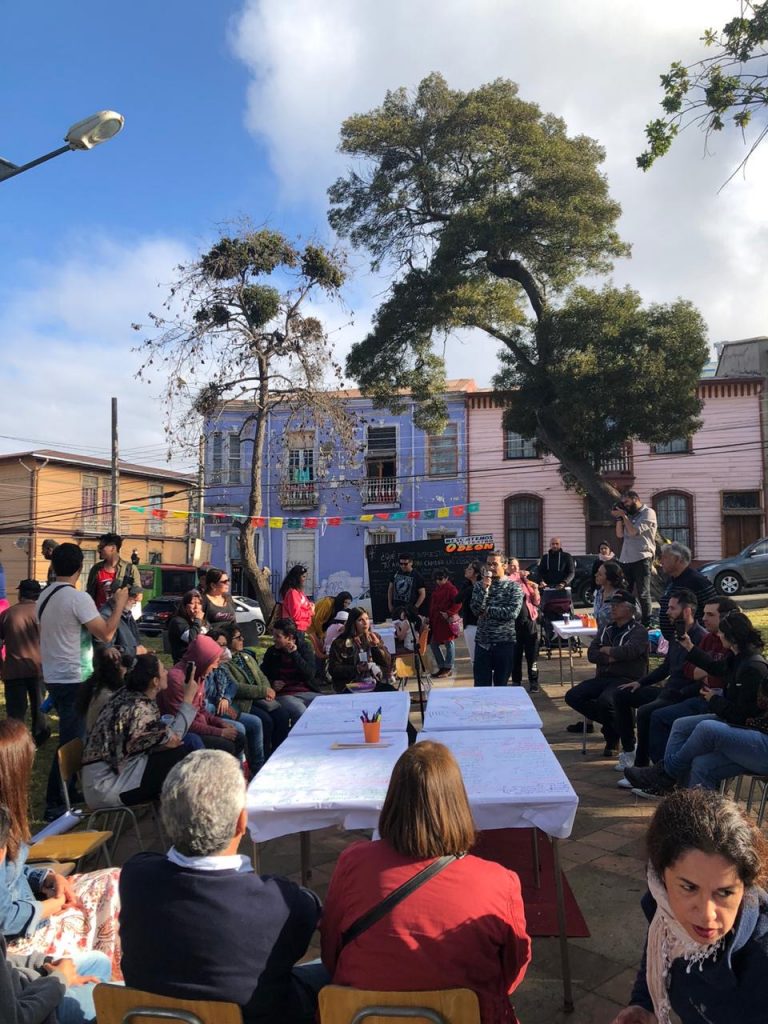 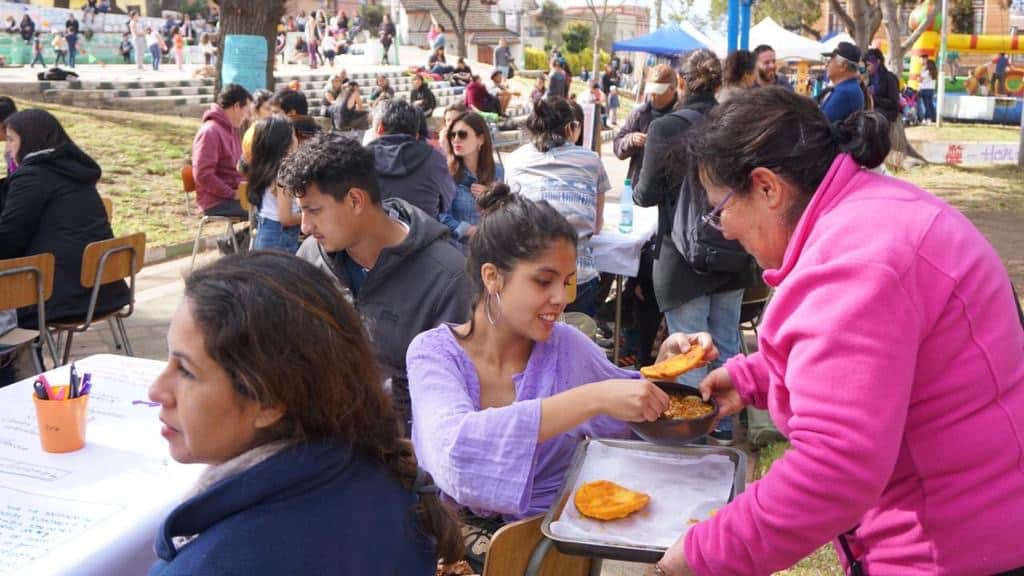 This third activity in the Somos Paisaje program, which is an activity that takes place within the context of  Puerto de Ideas Festival in Valparaíso, Chile, began with a few dialogue tables in which neighbors of Playa Ancha–a hill within the city of Valparaíso that houses almost a third of the city’s population–reflected on the area’s environmental issues, gentrification, cultural and natural heritage and community networks. Using the World Café Method, a warm and meaningful conversation process was carried out, allowing participants to discuss various questions, generating ideas, agreements and action proposals.

At the same time, an exhibition of the previous Somos Paisaje activities was held nearby, composed of objects collected from a psychogeographic drift done on the Las Torpederas Beach, and elements taken by participants from the first session, which connected them to the Playa Ancha territory. In parallel, a video was also screened, showing some of the previous sessions of this initiative.

In addition to the dialogues and exhibition, there was a community potluck in Plaza Waddington, where a number of Playa Ancha neighbors shared and enjoyed a meal of traditional Chilean food.

It should be noted that the proposals that came from these dialogue tables will be systematized and delivered to the Nuevo Pacto Social (New Social Pact) group, which is comprised of various civil society organizations that came together in the face of the current social crisis in Chile. The group was born out of the urgent call to open spaces for dialogue, to recognize social debts and create proposals stemming from citizen demands.