Looking Back at our Dietary Past for a Better Future 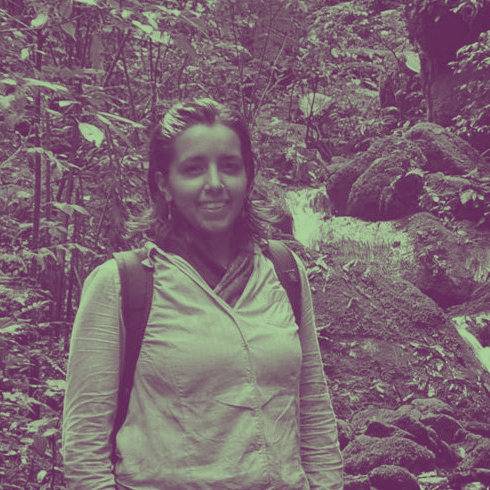 by: Constanza Monterrubio - biologist and postdoc in biocultural food heritage 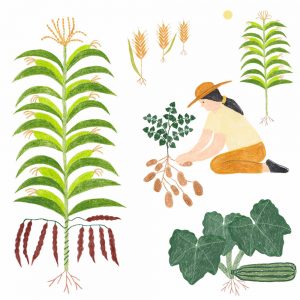 “The current socio-environmental health crisis that we are living, requires rethinking what truly is essential as well as identifying the elements that will allow us to face quarantine and its effects on vulnerable sectors of society. A key element is in our diet: the foods we choose to eat, how they are cultivated and how we consume them, is of crucial importance for both social and environmental health.” These thoughts are what drive Constanza Monterrubio Solís in her research, a Mexican biologist who was originally selected for our Bosque Pehuén 2020 Residency Program (postponed to 2021) and currently conducting her postdoctoral research at the Pontifical University Católica in Villarrica, in the south of Chile, on biocultural memory of foods that allow farming families in rural areas to respond to and resist against processes of homogenization of food and agriculture systems.

Constanza grew up in the metropolitan area of ​​Mexico City, in which throughout her childhood she observed how the agricultural landscape progressively transformed into construction sites for supermarkets and social housing. From a very young age, she has always had a strong interest in culinary colors, flavors and creativity. In fact, she studied gastronomy for a couple of years, but disappointed by the elitism and exploitation on multiple levels of the food industry, she left the kitchen and studied biology at the National Autonomous University of Mexico. In this interview we walk through different issues and reflections to understand why the way we feed ourselves constitutes a social and political act, a priority when imagining a more just society, respectful of ancestral knowledge and nature.

Fundación Mar Adentro: How can the reappraisal of certain foods become a social and political act?
Constanza Monterrubio: Today’s global food system is largely rooted on slavery, environmental devastation and the industrialization of products that barely nourish and unbalance our health. There are many people that perceive industrialized products, such as bleached flours and sugars and everything that is genetically modified, as somehow superior to the fresh and biodiverse food produced by farmer-developed agriculture. However, for many, there is no alternative, because in some places it is easier and cheaper to consume industrial products than fresh produce.
To recover seeds, crops, food and forms of meal preparation, implies rethinking our relationship with our bodies, with food, with the dignity that the life of farmers deserve, as well as with the territory in general. If one is to reappraise the capacity that each territory has to feed their population with diverse, healthy and nearby foods, we can potentially recover many of the more than 5,000 species that have been domesticated throughout the history of agriculture, with impacts on our health and wellness. In addition, it changes our position from being passive consumers to individuals with the power to decide what and how to eat.

What have been your main findings throughout your research on biocultural food heritage in La Araucanía [a region in the South of Chile]?
The Mapuche (indigenous people of the Araucanía territory) and farming cultures of the region are guardians of an impressive diversity of seeds, preparations and preserving methods. Not so long ago, families in these territories were virtually self-sustaining. There is a deep understanding of soil, crop and seed care. In addition, there are very elaborate protocols for sharing mate tea and food. Eating in company is a way to nurture life and relationships, and as such should not be taken lightly, we need to dedicate time and attention to this. All this knowledge is being threatened by a misunderstood development scheme; agricultural policies with an emphasis on exports and monocultures; the loss of native forests, the privatization of land, and international agreements that seek to secure, for the market, the genetic material of native seeds that should belong to the peoples. That is why documenting, understanding and spreading the importance of this biocultural food heritage, highlights the tough battle that these cultures, like many in Latin America, have been fighting.

What are the main differences that you have noticed working in Chile and Mexico regarding this issue?
The main difference I appreciate is in the carbohydrate source. Whereas in Mexico corn accompanies all foods, in Chile wheat does. From corn, a series of preparations such as tortillas, tostadas, tamales, pozol and atole, among others, are diversified. And with wheat we find bread, locro, catutos, sopaipillas and toasted flour, among other ways of preparing this cereal. But more than differences, it is the similarities that have surprised me the most. In Mexico, the main source of nutrition is corn (with 63 varieties nationwide), beans and squash, this is diversified with chilies, tomatoes (green and red) and quelites within the cultivation system that we know as milpa. Meanwhile, in the Mapuche and farmer-family garden you will find corn, beans (in an immense diversity) and squash (in many shapes and colors), along with peas and yuyo (medicinal herbs and weeds). In addition, in the Araucanía they develop their agricultural activities within a chacra–a production model where crops don’t grow in isolation but rather do so in association–, where beans, quinoa, potatoes, and wheat are grown, although less and less frequently. This is the basis of the Latin American diet where the history of agriculture of our continent is seen exemplified into these few square meters that feed an entire family, it is impressive.
Thus, both countries share the importance of sustained biocultural memory through reciprocal networks and through the protection that their peoples carry out of native seeds.

What does “biocultural memory of food” imply or signify?
Biocultural memory is all information that is transmitted from generation to generation through the stories and practices of a collective, and that reveal the relationship of living beings, including humans, with the territory and its processes. Traditional food and seed diversity are a couple of the most diverse and delightful manifestations of a territory’s biocultural memory.

What would you recommend to someone who would like to start getting involved in biocultural memory and collaborate in the protection of our ancestral foods?
First of all, talking to grandmothers, mothers, aunts and people who cook in the family. There are almost always seeds and recipes that have been passed down from generation to generation, and it is important that they are not lost, hence cooking and savoring them is important. It is also helpful to become more aware and learn about different organic farmer’s markets present in your immediate community for as to increase the demand for local and diverse products. Today there are various ways to learn, for example, how to make preserves and different preparations: books, blogs, videos, podcasts. It is important to be informed consumers, incorporate biodiversity into our diet and support family farming in our region.

In short: why do you consider it essential to have a greater awareness of the food we eat?
Local agriculture and seasonal consumption of fresh food; the preparation and storage of preserves and ferments are part of the recovery of the knowledge and flavors of the kitchen of former times. The act of preparing and sharing a toasted flour soup or a cochayuyo charquicán (traditional Chilean stew made of vegetables and seaweed) reconnects us with the kitchen and with the collective act of nurturing life. To regenerate our relationship with food, and recover the memory of what kept our grandmothers and grandparents healthy becomes a necessity, not only as mere nostalgia, but as a way to regenerate our relationship with the health of our bodies, with the health of our earth, forests, jungles, seas and their inhabitants.

Constanza Monterrubio Solís. She studied biology at the National Autonomous University of Mexico. Interested in the biological and cultural diversity of her country, she has dedicated herself to the study of collective processes of natural resource management in areas of community and indigenous conservation in Oaxaca. After completing her doctorate degree at the University of Kent, UK, she worked for several years in Pronatur Sur, Chiapas, supporting voluntary processes of land conservation. Currently, Constanza is conducting her postdoctoral research at the Pontificia Universidad Católica de Chile in Villarrica, on the biocultural heritage of la Araucanía food.

Illustration of interview was created by Francisca Álvarez.