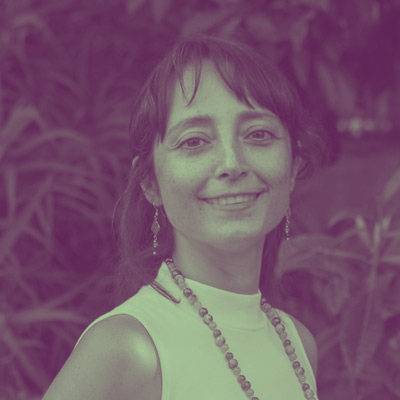 The permanent degradation of ecosystems and greenhouse gas emissions into the atmosphere have brought us various serious consequences in recent years. Today, as we face a climate crisis and a pandemic, it is essential to reflect on what has led us to this point and begin to develop a new kind of education, one that is committed to change and transversal and that seeks to move beyond purely economic views. This change will allow us to promote the transformation of people and totally modify the way we relate with nature.

During March 2020, various publications have emerged that link coronavirus with the actions human beings have committed against ecosystems. A report by the World Wide Fund for Nature (WWF) Italy, maintains that there is a close relationship between the spread of pandemics and loss of biodiversity. This confirms once again that we need urgent change in the face of which a committed and transformative environmental education (EE) becomes urgent.

It is interesting to go back and review the first conceptualizations of EE, where it is possible to find guidelines that are so necessary today, which, perhaps if they had been put into practice, with a true commitment from governments to educate environmentally, we would not be in the serious situation that we are currently in.

For decades we have raised awareness on the alerting relationship that exists between society’s current extractivist model, the search for unlimited development, and the deterioration of environments at a global scale. As early as the 1970s, the publication “The Limits to Growth” (1972)–a study commissioned by an interdisciplinary group of researchers from the Massachusetts Institute of Technology (MIT)–emphasized that humanity could not continue to grow in these proportions, and if it were to continue in the same manner in the next hundred years we would have serious problems with our ecosystems and the population in general.

In 1972, the United Nations Conference on the Human Environment was held in Stockholm, Sweden–the first large-scale international meeting dedicated to environmental problems–is where the concept of environmental education and its importance in responding to the growth of environmental problems was officially recognized. In this conference all attendees agreed that EE will be increasingly necessary for humanity in the face of the worrying challenges and the need to question the current economic system.

In 1975, the International Seminar on Environmental Education was held in Belgrade, convened by the United Nations Educational, Scientific and Cultural Organization (UNESCO). In this meeting, a very relevant role was given to education as an agent of change that–through knowledge, attitudes and values–allows us to take on the challenges posed by the world’s environmental problems. Furthermore, there was a need to conceptually reconsider the term “development”, for which EE would be a favorable tool to generate a new ethic in human-nature relationships. (Zabala and García, 2008).

Later, in 1977, another environmental education meeting was held in Tbilisi (USSR)–considered by many to be the most important meeting and which laid the foundations for this discipline–where it was established, among other things, that EE could not be taught as just another subject but more so should be transversal to all learners, using interdisciplinarity to teach students to make decisions and solve environmental problems. Likewise, they stated that EE should not compete with other subjects, but rather establish unity in the curriculum; and should also consider community participation relevant as well as incorporate the ecological, political, social and economic dimensions when addressing environmental protection. Most importantly, the meeting established this discipline as one that should be taught at all ages.

Thus, from the 1970s onwards, international meetings on environmental education have been held periodically, in which initially they had a more critical approach to the development model, emphasizing the importance of integrating this knowledge at a transversal and interdisciplinary level in schools and educational centers of higher education. However, it seems that over the years the relevance of this discipline along with the reflections and actions it proposed have slowly appeased, downplaying its importance and relegating it to become simply another subject lacking in robustness to generate new attitudes, critical thinking and ethical changes in students.

This critical and radical view of the leading role of environmental education seems to have been lost over the years, as well as its conceptual questioning of the economic development model. Several scholars believe that this phenomenon occurred fundamentally due to the widespread use of the concept of sustainable development, which, presented with some ambiguity, can also be misunderstood by some sectors, under the formula that the previous model of unlimited growth could continue to be practiced, but in a more “green-friendly” way. However, as María Novo (2009) argued, various professionals, including environmental educators, opted for a more radical and committed understanding, which affected the root of the models of thought, use and management of natural and social resources.

Let us remember that the Brundtland Report was prepared by different nations in 1987 for the UN, and in it the concept of sustainable development was born, defined as one that meets the needs of the present generation, without compromising the ability of future generations to meet their own needs.

EE In Times of Crisis

Environmental education has not had the leading role that is currently needed and its implementation worldwide is still poor. Above all, it has not achieved the expected results, mainly in terms of generating more sustainable attitudes and behaviors among citizens around the world with respect to various environmental issues. For example, in the case of climate change, although it is known by a large portion of the population, greenhouse gases continue to increase and consumption habits and forms of production continue to accentuate the problem.

Although the scientific world has already categorized as urgent the need to mitigate climate change and the ratification of the Paris agreement within the framework of the United Nations convention, which implies accepting an almost universal agreement to stop rising temperatures within this very century below 2 degrees Celsius as well as encourage efforts to limit the rise in temperature below 1.5 degrees above pre-industrial levels, and yet we are far from making progress on this. On the contrary, if we take into account these last five years, CO2 emissions have increased and these have been the warmest years on record.

The effects of climate change have already been widely documented, including: increased frequency of extreme events such as very intense rains or droughts, changes in seasons, rising sea levels, disappearance of glaciers and more species in extinction, among other things. And these risks are more closely related to those with less financial resources to face these impacts.

Already the United Nations Human Development Report for 2007-2008 highlighted how climate disasters affect the entire planet, however, those who suffer the most are those who live in developing countries. Thus, the world’s poorest segment of the population are who currently face greater vulnerability to the effects of climate.

For example, with droughts several negative consequences occur that intensify vulnerability conditions of certain populations: lack of food, loss of jobs, selling of work materials due to lack of money, poor nutrition, etc., situations that, if not repaired in time, will end up becoming a legacy of conditions of poverty that is passed down to generations. In Chile, this is very serious, given that it is a highly vulnerable country to climate change.

The above, together with the current and pressing social demands, evidence of the sacrificial zones, and the multiple environmental problems in our country, reveal the urgency of implementing effective environmental education programs. EE can no longer continue to remain in mere words of good intentions, nor without interceding in the current economic model, wealth distributions, ethics, human rights and societal values. Today more than ever it must be a protagonist and transversal in the school curriculums of all educational systems (K-12th grade).

In order to find solutions and for environmental education to be effective under these circumstances, governments need to put aside old paradigms and look for pedagogical strategies supported by social experience, capable of questioning the values and motivations that govern our society in global and local terms in order to generate committed citizens who understand the relevance of the systemic problems that we as humanity face.

In this sense, environmental education must be transdisciplinary, transversal and aimed at all ages. We urgently need to reflect and create new ways of relating to each other and to nature to build a more equitable economic model, respectful of ecosystems, where ancestral and community knowledge regain value. We can no longer continue with an education at the mercy of the market, because to face the current crises, educational change must be radical.

Tatiana Pavez. Head of Communications in Fundación Mar Adentro.  Journalist from the Diego Portales University, Chile, Master in Public Management and Sustainable Development from the Autonomous University of Barcelona and Diploma in Environmental Education from the Alberto Hurtado University, Chile. Over 18 years of experience in various private and non-profit organizations, mostly linked to environmental affairs and education. Tatiana has worked in communications and in the development of projects related to environmental education, as well as the strengthening of socio-affective skills.