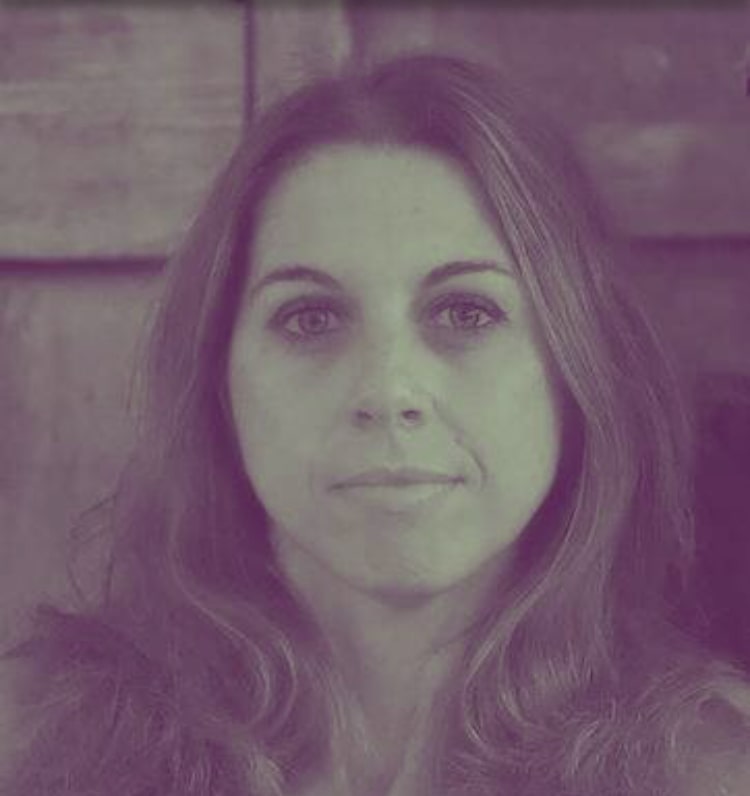 by: Cristina Bianchi - sociologist and journalist 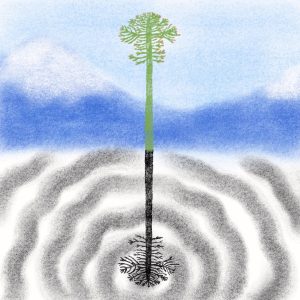 Transition to Nature
Padece is the first result of a year-long process (and ongoing) of an artistic research by Chilean artist Máximo Corvalán-Pincheira that took place within both a lab as well as onsite on the damage that the araucaria tree (Araucaria araucana) currently suffers–referred to as Daño Foliar Araucaria, meaning Araucaria Foliar Damage, or DFA–, a national monument and a sacred tree for the Mapuche culture whose survival is deeply threatened.

Maximo Corvalán-Pincheira, known both nationally and internationally for his work on issues such as identity and migration, began exploring the animal world at the beginning of the first decade of the new millennium, using sheep, mice and laboratory frogs in a symbolic way, ironizing the Cartesian system where animals are utilized as pretext to talk about ‘the human’.

But it is only in 2021, after creating Proyecto ADN with an impressive exhibition at the Museo de la Memoria y los Derechos Humanos in Santiago, Chile, that Corvalán-Pincheira decides to work with the plant world: “While I was dismantling the exhibition, in the artificial water pond created for this piece, I found small islands of mold. In the midst of so much death, life manifested its strength in its desire to reproduce. This moment making very meaningful for me and remained in my mind.”

Creative Process
Images that catch the artist’s attention and that remain floating in his mind without knowing initially what to do with them, always attentive in this exercise of sensitivity to capture visions that move his visual imagination: it is in this way that Corvalán-Pincheira weaves a red thread that unites his works under coherent thematic series: “I felt that, somehow, I had to start opening up my interpretations and visions of the issues I was presenting in my work: the disappeared. I had to broadening the search; work with endangered species such as the araucaria to expand the focus. I also felt it would be interesting to point out a parallel between what is happening to the araucaria and the Mapuche culture. If the araucaria is a national emblem, it’s like thinking of a flag full of holes, full of empty space, I thought. It was all very symbolic in relation to what was happening in our society which was then confirmed by the social outbreak that manifested itself a year later: a system that is failing everywhere; an extractivist system where all natural resources are sold and one that does not care about heritage.”

In Padece, the ecosystem that the artist constructs addresses issues such as disappearance and survival. This is how the works Proyecto invernadero, El jardín and Padece are linked between each other in their relationship to DNA but from different points of view. The artist begins to mix the idea of vegetation with the body –from his personal history– making visible the relationship between the bodies of the disappeared with the land and the landscape: the ocean, the desert, the plains, all places where these bodies are sent to disappear.  Hence, a geographical context becomes a backdrop where the fundamental element, the body, disintegrates.

With the intention of expanding his research on identity as the main axis of his work over the past 11 years, Corvalán-Pincheira decides to make visible the geographical context as a stage and silent witness of the events of history. He begins to observe the world of life with acute delicacy that leads him to search for the hidden meanings behind the perceptibility of things to then turn them into images. The life that continues, even under threat, within an ecosystem strongly put into crisis by human neglect –if not abuse–: this is the meta-message that comes across in Padece. A message that transcends the borders of Chile, characteristic of this contemporary artist, capable of telling microscopic stories, broadening the gaze, always finding the authentic and delicate way of making everyone recognize themselves in them.

Research
Thanks to Fundación Mar Adentro and Eduardo Castro, a microbiologist who in 2018 was studying the araucaria’s genome in the laboratories of UC Davis Chile Life Sciences Innovation Center in Santiago, Corvalán-Pincheira had the opportunity to complement his research process with visits to the region of La Araucanía, where the Araucarias live. The first phase of research took place in two laboratories in Santiago, where this team of researchers is arriving at the conclusion that the araucaria is being affected by a suspicious fungus, and in parallel, by the imbalance of a myriad of fungi that have always lived in symbiosis with the tree.

It is important to note that in the face of this aspect that is being communicated as an important threat, there are many varieties of living beings that do not affect this tree or even end up becoming a part of it. In fact, the DNA obtained by the artist from the araucaria contemplates the fungi that coexist and live within the tree. This observation opens up a reflection about the multiple possibilities of coexistence and the multiculturalism present in a liquid postmodernity, making it difficult to separate what the tree is and what the fungi are, returning to the theme of identity.

The second part of the research took place on site. On the one hand together with Mapuche communities in Santiago and on the other, in ​​Fundación Mar Adentro’s conservation area–Bosque Pehuén–in the Araucanía Andina, where Corvalán-Pincheira carries out photographic records and interviews with members of Pewenche communities in Curarrehue, among them Ester Ida Epulef Panguilef, one of the guardians of the pewen (araucaria).

From these records and interviews, the artist expands his vision of the problem that identified the fungus as the main threat to the survival of this tree, in favor of a much more holistic approach that moves the axis of concern towards the human-nature relation: “I was very much interested in Ester’s vision, because I was coming from a scientific research that had a certain urgency to establish what the problem was. And she made me see that the problem was much more global. She, in a very poetic and beautiful way, told me how no one goes to talk with the araucarias anymore, no one takes care of them, nor do they ask permission to enter into their space and take their seeds.”

The Artwork
Padece is presented as a set of 14 photographs, 2 sculptures and paper cutouts applied to nine photographs. Seven of the nine, contain images of the ‘suspicious fungus’ assembled with words that identify the threat through neon tubes in patriotic colors. Another seven of the photographs of the work, which represent some of the symbiotic fungi, carry fragments of the genetic code of the tree: “In some of the photos I decided to incorporate an ironic element, choosing key words and integrating them with neon patriotic colors (red, blue or white). In many of my works I like to incorporate the use of electricity, of light through this cold neon light, contrasting the artificial with the natural, between color and black and white. Adding, in this case, words loaded with meaning, I want to highlight the legacy between nature and current events of which it is a silent and constant witness.”

A work that was presented for the first time at the Artespacio Gallery in September 2019, today is on view in the group show titled Expanded Nature: Making The Invisible Visible, at the La Moneda Cultural Center, curated by Carlo Rizzo and Maya Errázuriz, with 3 of these photographs of built-in neon lights communicating words like ‘system’, ‘suspect’, ‘suffering’; and a led palette containing a text that continually moves with the genetic code of the araucaria, one that has 45 billion characters. This is a huge amount if we compare it to the human genome that has 3 billion characters.

The duality between beauty and its transience, hope and rejection, life and death, is something that characterizes the artist’s approach and is present in each of his works through his choice of materials to communicate his message. Far from purity, his work is placed between human contradictions and represents them, giving voice to the conflicts that humanity is experiencing: “I wanted to play with the idea that this system, in which we operate, is malfunctioning. Based on this same idea, I wanted to communicate that the problem had to do with something bigger, not only with the araucaria. So I started working with maps of the area. I did a naturalistic study, but instead of drawing it in pencil, as is commonly done, I did it by removing parts of the map, drawing by means of creating empty space. I focused on how the suspicious fungus grows and develops. I did it with the drawing that is left behind when cutting parts of with a scalpel. This gave life to the drawing of a mushroom through its synthesis of presence and absence via this cut-out method.”

Long before the arrival of the coronavirus, Máximo Corvalán-Pincheira began to play with the idea of ​​a pandemic, of global contamination, integrating maps of Santiago, the Southern Cone, North America, Europe, Africa and Oceania to those initially used. In such a way that all the continents are invaded by this suspicious fungus, ironizing the idea that the problem is greater, it is a global problem.

Padece is much more than an  artwork. It is a box that contains multiple messages that speaks of the disappeared and the contrasting relationship between humans and nature in a vision that sublimates the lack of and suffering due to the tragic events of history to highlight the beauty and constancy of a nature that is still alive as both witness and healer.

Cristina Bianchi. Sociologist and journalist of Italian origin, with 8 years of international experience in different Latin American contexts and with 15 years of work in the field of sociocultural development. Her work is also dedicated to writing about and managing as well as promoting sociocultural and artistic initiatives of her own as well as of international collectives and groups.

The illustration of this column has been created by Valentina Silva.