Traditional Seeds: A Living Heritage in Need of Rescue 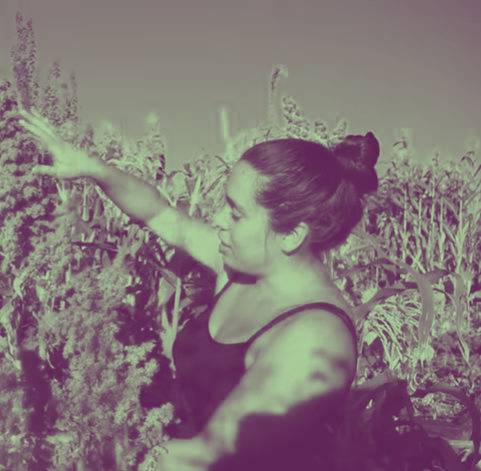 by: Thamar Sepúlveda – Seed Guardian and  co-founder of Biodiversidad Alimentaria 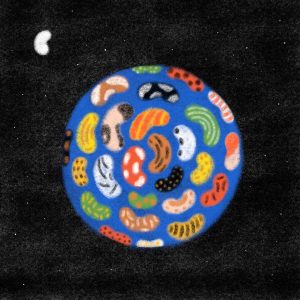 Traditional seeds are a natural wealth that is often unknown or forgotten, with a story that dates back to hundreds and even thousands of years. They have unique nutritional properties and an unsurpassed capacity to adapt to climate change. This important legacy has been passed on from generation to generation, one that Thamar Sepúlveda has dedicated her life to preserving through the creation of a seedbank in Chile called Semillero Vivo (or “Live Seedbank”), a space where Fundación Biodiversidad Alimentaria rescues and grows seeds of different varieties. In this interview she walks us through her work and speaks of the importance of this natural heritage.

Fundación Mar Adentro: Why do traditional seeds harbor such great wealth?
Thamar Sepúlveda: Because they contain years of history, most of them have been around for hundreds and even thousands of years which implies that they have survived adverse changes; have passed from hand to hand and from place to place, adapting, evolving, surviving and accompanying us. All that information is stored in their DNA, which is why they adapt to climate change so well. For example, a plant that is used to growing, adapting and surviving for many years in areas where there is drought, their seeds generate a tolerance to those specific conditions; their descendants will always assimilate that information. Then, perhaps eventually one of those seeds will grow in a place where there is plenty of water, but if there is a drought at a certain moment, that information is already in their genetic memory, helping it survive.

These seeds have been amongst us for quite some time consequently generating an enormous wealth of biodiversity, precisely due to so much adaptation. Yet, at the same time, we have continuously lost this biodiversity due to lack of awareness.

How would you describe humanities current diet?
Today our diet is very poor, it is based on a scarce variety of foods. If we stop to really think about it almost everything is based on wheat, rice, potatoes, etc., and the diversity around these crops is very poor in relation to hundreds of years ago where at some point there were 10,000 varieties of wheat. The same happens with all crops, potatoes for example, there are many, of all colors and shapes and their different varieties grant different nutritional components, vitamins, minerals, metabolites, etc., and that contributes to our diet variety, richness, quality, and also contributes to our food sovereignty. If I plant many varieties of potatoes on my land and some climatic event occurs, I will not lose everything because there will always be varieties that resist that event, ensuring food for me.

What are the main threats posed upon traditional seeds today and what would their disappearance entail?
As I mentioned earlier, lack of awareness and knowledge, the lack of value placed upon what is endemic to our territory, not sitting down to talk with the elderly and our grandparents who know the most about these seeds. In Chile, we have increasingly been replacing traditional seeds with varieties from abroad, and even some people think that a bean that differs in color from the classic green bean we eat here in Chile is transgenic. This confusion occurs unfortunately because today everything is uniform and we have become so used to that that we think that that particular variety of the vegetable is the only one that exists, and since we are so disconnected with our elders we become unaware of other varieties that do or did exist.
It would be terrible if they disappeared, traditional varieties provide us with high quality food. Various studies have shown that they are much more nutritious than commercial varieties, they have more vitamins, more minerals and better adaptability. They have existed for so many years that they have surpassed and survived many changes and different conditions. They are more rustic, they do not require agrochemicals, they only need guano and water to grow, and they have almost no pests. It is traditional seeds that can truly provide us with solutions for hunger and food safety in climate change.

What does your work at Fundación Biodiversidad Alimentaria consist of?
We all do a little bit of everything really, but our main task is to take care of our live seed catalogue (Semillero Vivo), which is the space where we grow the seeds of different varieties. We dedicate a lot of time to this, because many times we only receive 1 or 3 seeds of a particular variety, hence it is extremely important to take care of them; there they will multiply for as to then share these seeds with different communities. In the Semillero Vivo we also study them, note their special characteristics, observe their development, and photograph them.

What project are you currently working on?
Basically we are constantly dedicate to the search and propagation of traditional seeds, and then spreading them and sharing them, there are still plenty yet to find. Last year we launched a catalog showing approximately 130 traditional characterized and photographed varieties. Our next goal is to finish a book about these different traditional varieties we have been able to recover in the south of Chile, and that are much more than the ones we have already categorized in our catalogue.

Could you describe the seed rescuing process you conduct in the Foundation?
First we look for the seeds and meet with elders of different communities, because they are the ones who will remember what the different varieties are. Throughout this process we meet with so many people that we bring the story together little by little: all knowledge concerning the seed, its possible varieties, its use and ways of cultivation and preparation, and also its spiritual value. Sometimes there are people who have the seed but do not know anything about it, and in other places you will encounter people who have much knowledge concerning the seed or a part of its story, but do not have the actual seed in their hands. So, this is how we build the stories, hand in hand of course with consulting bibliographic references (we read and research A LOT). In parallel, the cultivation is also carried out within our Semillero Vivo. Every aspect of the process complements the other, once in the Semillero we begin to care for the seed, observe and study its varieties to then multiply and share them.

With which seeds do you feel a greater connection?
I love bean and corn seeds. Beans are fantastic, there are so many colors and patterns! They seem infinite, I am constantly amazed at how many they are and of their nobility. Beans can grow anywhere, quickly reproducing themselves and, they can be consumed in so many ways. And for these same reasons I’m also amazed by corn, or maize, and their many sizes, colors, and designs. I think about how magical it is that a corn comes from a seed, which in some cases can give you up to 5 or more corncobs (depending on the variety). That’s powerful. Corn can be consumed and utilized in so many ways, each color granting us something different, different nutrients, why not make the most of it?

How far back do the oldest species of seeds from the Semillero Vivo go?
Currently, the oldest seed we have is the tenca tomato (Lycopersicon pimpinellifolium). It is native to Chile, but can also be found in other countries under different names, and differs from the common tomato species (Lycopersicon esculentum). Its history dates back thousands of years, the tenca tomato is the oldest known ancestor of the tomato. Thousands of years ago it appeared at some point in history and human beings began to make use of it, to consume it, plant it and select it, and over the years it changed until it reached the tomato that we know today and that is practically 100 times bigger than the tenca which is today practically forgotten. Therefore, roughly in 2014, we began rescuing and highlighting the value of this species that was in a “vulnerable” state in our country. There are prejudices due to its small size (it measures 1 cm in diameter and weighs 1 gr) but it is literally a tomato flavor bomb and as it is wild it retains a great capacity to adapt to different agroclimatic conditions. Various studies show its high antioxidant and nutraceutical capacity, it has 5 to 7 times more antioxidants than the common tomato (more details about its history here).

What can we do as a society to collaborate with the protection of this heritage?
By cultivating and sharing them as well as creating awareness on their value. If more of us are directly in contact with these seeds or connected with them in some form, the less likely they are to disappear. There is a deeply ingrained myth about traditional varieties, it is always thought that they are less productive than today’s seeds. That is completely false, in comparison to hybrid and commercial varieties, traditional seeds have a much better performance, flavor and aroma precisely because they have greater nutritional compounds. You just have to listen, open your mind, dare, and not think that you need a large space. If you live in an apartment you can also have traditional varieties, it is just a matter of adapting. You have to take care of them, but take care of them not only for your sake but for everyone’s sake, for those who are present and for those to come. Taking care of them also implies sharing, it is the best way to protect.

Thamar Sepúlveda. Seed guardian and co-founder of Fundación Biodiversidad Alimentaria. She has always felt curiosity and love for plants, which she inherited from her grandmother Elena, who taught her at a young age to care for them. Early on during her studies at Universidad de Chile in Agricultural Engineering, she began to learn about seeds and work with various vegetables and crops, fruit production, medicinal plants, flowers, hydroponics, beekeeping and partake in numerous social works with schools and organizations for the elderly. She was part of the professional team behind the Biodiversity book of the Huasco Province in 2015, co-author of 8 technical journals on traditional crops in 2017, collector and creator of the first Community Seedbed together with the Diaguita and farm communities located in Tatara Alto in 2016. Today, “Tamy”, as farmers affectionately call her, works in southern Chile with Mapuche communities in the recovery of their traditional seeds and her main tasks are researching, advising, as well as characterizer and multiplier of seeds and traditional fruit trees, in addition to being the Communication Coordinator of Biodiversidad Alimentaria.