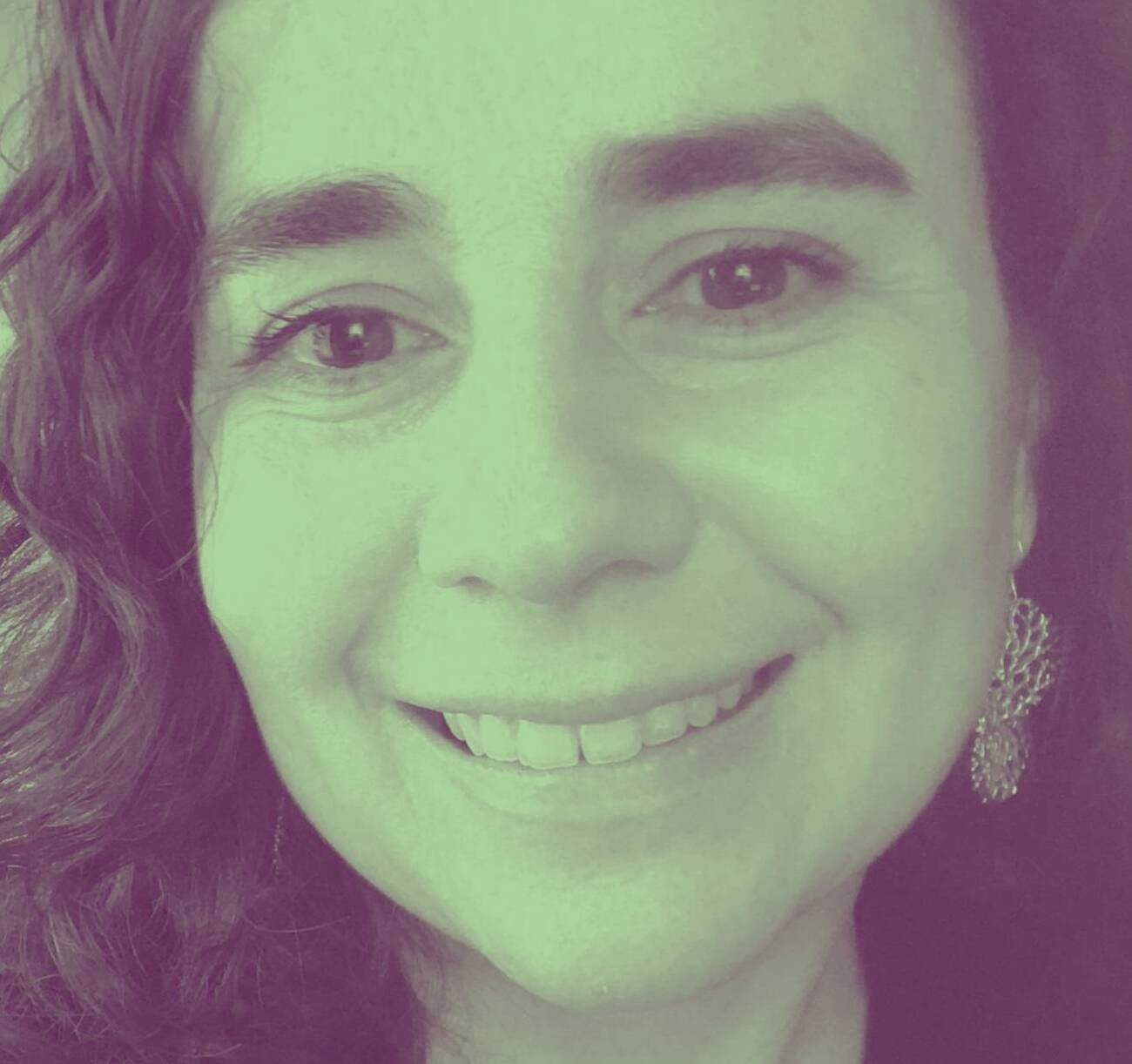 by: Claudia Pabón - Expert in environmental sciences and circular economy 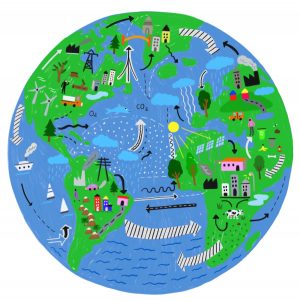 One of the crucial discussions currently surrounding the climate crisis is closely related to the need to re-think our cities. What to do with waste; how to generate circular economy policies; and what you can do in your own home to contribute to this cultural shift were some of the main topics we discussed with Claudia Pabón, an expert in Environmental Sciences and in Production Ecology and Resource Conservation, with an extensive research experience son energy and the circular economy.

Fundación Mar Adentro: What is a circular urban metabolism? When does this concept arise and how is it put into practice?
Claudia Pabón: Circular urban metabolism is a concept that refers to cities functioning as living organisms that consume, metabolize and excrete, breathe, distribute and protect themselves. This comparison to a living organism was initially proposed by Abel Wolman in 1965, when he publishes an article in Scientific American entitled The Metabolism of Cities. In this article, Wolman proposes the measurement of inputs, outputs and stocks of cities, in order to optimize flows and minimize the negative impact of these. The concept has since been applied to the analysis of inflows and outflows of cities; Hong Kong and Brussels being the first analyzed in 1970 and 1975, respectively. The objective was to measure the entries, exits and accumulation of materials and energy in cities, to prioritize interventions which would allow for more circular cycles. These cycles would be similar to those seen in nature, where nothing is waste because it is all useful for another organism. This is incredibly necessary because it is in cities today, where the majority of resources are consumed on the planet; approximately 70%, and ⅔, of the energy.

How does the circular economy help reduce CO2 emissions?
In many different ways. For example, the construction sector is the largest emitter of GHG (Greenhouse Gas) emissions, which is a by-product not only of the production of materials such as cement, but also largely due to the use of energy during the life span of buildings. It is important to optimize the way we use buildings, which are most of the time empty. For example, we could better insulate houses–mainly roofs, walls and windows–to reduce energy consumption and, therefore, reduce its impact by managing its resources more efficiently. This, instead of policies that seek to produce more energy without addressing the issue of efficiency. Another example is the replacement of plastic by biodegradable polymers. In this case, the emissions related to exploiting, refining and disposing of the fossil fuels that are necessary for the fabrication of plastic are eliminated.
Finally–and here I speak of the topic in which I’ve been most involved–is the issue of urban organic waste, which constitutes 57% of domestic waste in Chile. These generate GHG emissions during their transport and final disposal in sanitary landfills, whilst if these were to become of use on in site, it would allow us to avoid both and replace the use of fertilizers for organic compost produced with waste.

It is currently known that most of Earth’s resources are used to supply cities. This highlights the urgent need to propose a new design that can change the current linear model, where resources are extracted, used and discarded. How do you think this cultural change can be achieved, and who should start it?
The cultural change is already happening; there is awareness and different companies are offering options for the new services that circularity demands, such as: the refilling of containers with cleaning products and grains at home, compost bins, vermicomposts and biodigesters that take care of domestic waste, and elements that can lead to water rationing in gardens and homes, among other things. To continue pushing through these changes, we need to support these ventures, making older systems obsolescent by making them more expensive and less frequent. For example, this could be done through taxes on sanitary landfills and household waste collection services.

Could you tell us about successful international experiences related to circular urban metabolism?
Many cities have ventured on this path. In Europe there are cases in Holland and England, as well as important initiatives in China, Japan and some in Latin America, especially in Colombia and Chile. For example, a system was created in Amsterdam for the innovation in circularity that supports a quick prototype of solutions that are designed and executed in close collaboration between universities, governments and communities, using information and the Internet of things (IoT) technologies.
Infrastructure-based innovation has been supported in China, with the objective of improving its functionality for circularity. This allows it to be applied in water and energy networks, agricultural systems, and the construction and mobility sectors.
In Chile, the issue is gaining momentum with the creation of policies to eradicate single-use plastic and with a national strategy for organic waste that are both being promoted by the Ministry of Environment. These are then being put into practice by the entrepreneurial ecosystem that exists in the country, promoted during several years by different entities, such as CORFO.

How can similar initiatives be developed in vulnerable socio-economic contexts?
Vulnerable socio-economic contexts present challenges, but also a lot of opportunities. For example, places with little built infrastructure have the opportunity to innovate with decentralized sanitation systems where water is treated and reused on site, rather than being taken to a treatment plant; the same can be done with the nutrients that are produced for urban agriculture. In the case of solid waste, the current system of collection and final disposal in landfills in Chile implies costs of $38,000 Chilean pesos per ton. The majority of this cost is not paid by the citizens, but it generates large costs for the most vulnerable local municipalities. In these cases, the management of existing organic fraction of organic waste and initiatives oriented to reduce the consumption of unnecessary packaging are options that can lead to significant savings. We recently published a scientific article on this, which includes calculations for Santiago’s district of Peñalolen.

Within Chile’s Circular Economy Roadmap, it states that by 2040, a maximum of 10% of household waste will be sent to sanitary landfills (today that number is approximately 96%). Do you see this as a real possibility? What concrete efforts have currently been put into action?
Yes, I think it is very possible because there is a combination of political will, private enterprises and a change in citizens’ mindsets. In particular, we can look at the steps that the Ministry of Environment has taken and which now need to be operationalized into concrete incentives that can ease the fast transition that we need, as I mentioned previously. There are concrete efforts in various places from which valuable lessons can be drawn: in the Metropolitan Region of Chilee, we can look towards the districts of La Pintana, Independencia and Providencia as pioneers.

What initiatives have you implemented in your own home to follow the flow of nature, where there is no waste?
We have been separating organic waste for almost a decade, to produce worm humus, compost and biogas. We also have a system to manage grey water from the kitchen and the washing machine through a small wetland we’ve created in our garden that allows us to reuse the water for irrigation, a green roof and 15m2 vegetable garden that helps us complete the cycle. As home delivery services for food and household items become more popular, we’ve also been using them to minimize packaging and transportation.

What has it meant for you, personally, to build a way of living that is in line with nature’s cycles within a city like Santiago?
Above anything else, it is a way of being coherent with what I believe, teach and research. I can’t imagine living any other way, and doing so in a city is even more gratifying because it shows anyone who visits that it can actually be done, that it is not difficult and that we are not alone and can accompany each other on this road to change.

You participated in the creation of the EcoParque Peñalolén UAI–an eco-park in the district of Santiago–and were part of its academic directive team for many years. Tell us about this experience.
Creating the EcoParque was a really enriching experience where we were able to align willpower from the public, private and academic sectors to create a place where people could learn from nature’s cycles. Since 2015, the EcoParque has received over 10,000 visitors, given about 80 waste recovery workshops and added value to approximately 140 tons of organic waste from public markets every year, by creating compost and worm humus. On the research side, I’ve directed over 20 theses papers and led internship programs related to the closing of material, water and energy cycles, together with universities in Holland, Germany and Colombia.

Currently you are the Director of the company Traesure, among other things. What is the focus of this initiative?
We seek to promote the sustainable use of resources, biomass, water, nutrients and energy, through technological innovation. At the center of our work is the promotion towards a change in mindset and the design of strategies to measure and implement circular economy models in all types of organizations. We have been working on these topics with companies, schools and local municipalities for over 7 years, always with the aim of putting into practice the a circular economy vision.

Claudia Pabón. Engineer and Doctor in Environmental Sciences, Production Ecology and Resource Conservations from the University of Wageningen (Holland). She is Founder and Director of Traesure, a company that promotes the sustainable use of resources. She has in the past also worked as Academic Director of the EcoParque Peñalolén UAI (Universidad Adolfo Ibáñez), where she continues to teach. Pabón has extensive experience in environmental research linked to energy, circular economy and waste recovery.