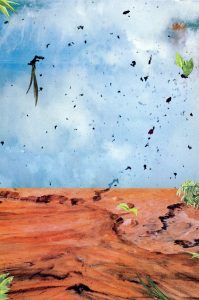 “Pioneer plants, those that are capable of living in the midst of an ungrateful environment, are, in fact, fragile; they die outside of that environment. Riches do not suit them.”
– Gilles Clement, Garden in Motion

When I arrived to Bosque Pehuén, my idea of a forest was based on the experience of someone living in the capital of Chile, who had spent some summers in “the south” visiting national parks. This idea also included a loosely integrated view of conservation, in which exotic species are enemies that must be eliminated, and areas that can be reserved for humans and their activities have a great deal of importance and value. Today, after spending 35 consecutive days in contact with the forest for 12 hours a day, living in it, I can affirm that I no longer have that monocultural vision of the forest. Rather, I believe that the forest is composed of “the forests”, because a diversity of landscapes coexist in its ecosystem, none more legitimate than the other.

As permaculture had previously taught me – which I have applied to my urban farming practices – the patterns of nature show us the richness of biodiversity and its ecosystemic functions. From the experience of living in Bosque Pehuén and sharing experiences with artists and scientists during the residency, the need to value differences and restore dignity to what hasn’t been appreciated until now was revealed to me once more.

Bosque Pehuén, for those who do not know it, is an 882-hectare natural reserve in the Chilean Andean Araucanía, close to the Villarrica National Park, in between the Villarrica and Quetrupillán volcanoes in the Alto Palguín area of Pucón. Inserted in the Araucarias Biosphere Reserve (Unesco, 1983), “it contains a unique biodiversity, characteristic of the humid temperate forest ecosystems of the southern hemisphere.”[1] Its landscape is made up of adult native forests, secondary forests and grasslands.

Among all of these different landscapes, I was especially drawn to the grasslands. The grassland is a landscape that appears in different parts of the forest, whose origin is in the human activity that this place has seen throughout history. Whether because of the extraction of wood for its commercialization or the clearing of trees for settlements, these were events that occurred in the 1970’s, before Bosque Pehuén became an area of conservation. In Bosque Pehuén, these clearings are composed of a first layer of vegetation with various types of grasses that are already consolidated in the ground, most of them belonging to “pioneer species”; that is, species that have a high capacity to resist extreme climates and soils with a low percentage of microorganisms. These same elements of grasslands can also be observed in rural areas which have previously been used for agricultural purposes and are no longer in use, and to a lesser extent in urban wastelands that have been abandoned for years.

The grasslands located in the conservation sectors of Bosque Pehuén should not have – at least according to traditional literature – a high ecological value, since they do not include mature native tree species such as the nothofagus, nor heritage trees such as araucarias, nor even “umbrella” species among its fauna (such as the Campephilus magellanicus). In mature forests, these species function as a channel for the conservation of the entire associated ecosystem; if the umbrella species is well, this will ensure that its surrounding environment is also in good health[2]. However, despite not having these attributes that are considered relevant in conservation, if we closely examine the species that inhabit grasslands, it is possible to see that they are made up of a very diverse landscape of grasses, pastures and groundcovers. These fulfill other relevant ecosystemic functions, such as contributing to the regeneration of soil that has suffered depredation. In addition, many species that inhabit the grasslands of Bosque Pehuén can only grow there: some are classified as endemic[3], such as the Acaena pinnatifida, popularly called “pimpinela”, while others are edible, such as the Gaultheria mucronata or the wild strawberry Fragaria Chiloensis, and in many of them there are medicinal properties with high biocultural value to the communities that inhabit these territories and who have ancestral practices of collecting these species.

Another value of pioneer species, which I believe is fundamental, is its capacity to grow in hostile environments and in soils with a low concentration of micronutrients, which are often called “poor soils”. These soils are apparently poor for productive, agricultural use but very rich for these pioneer species doomed to contribute organic matter to recently degraded soil. Little by little, they create a thick layer of vegetable cover that is capable of caring for the soil and protecting it from imminent erosion.

It is thanks to species that inhabit “poor soils” that we can have hope that shrubs and trees will become established in the future. At the moment, the grassland fulfills a fundamental ecological role for what will come. It is because of all these characteristics and reflections that I became interested in recognizing and valuing these landscapes: my work has been developed mainly in urban environments, and I believe that grasslands are the ecological succession phase that is most similar to what we find in green areas underutilized by humans, both urban and rural, which are often assigned negative connotations when compared to the higher phases of forests. That is why I ask myself: are the abandoned lots in neighborhoods, the underutilized concrete areas, the grasslands of the city?

In Bosque Pehuén I focused on observing at length the “pimpinela” and found that it had multiple relevant aspects: not only is it present in all of the forest’s grasslands, it also disperses its seeds by adhering to the fur of animals and to clothes, seeing as the seeds are made up of tips with micro hooks that adhere to almost any material they come into contact with. This makes them quite annoying to people walking by, who tend to avoid them, which also makes me think that it is another strategy to protect the predated soil, while other reflections arise regarding the emotional relationships that can be associated with the ecological succession in the landscape of these grasslands. There is the possibility that pimpinelas are the way they are -“prickly”- because they have to inhabit a soil that was depredated: they are resisting, and that transfer of pain might be “because of something”. Based on this biocultural interpretation, one could ask: how to experience the pain of the soil that was burned or predated? The psychology applied to plants can be an interesting point of exploration, as is done by those who work with therapeutic flowers, who often relate emotions to working with patients based on the context of growth of the plant that brings the solution, which then transforms into medicine.

All of the above leads me to profound reflections on the biocultural hierarchy that exists in forests and pastures. Nobody likes pimpinelas much, or the “trunes”, or even pines, but to question the hierarchy that we assign them can lead us to a richer and more comprehensive vision of the forest and its biodiversity. The juncture of cultural appreciation and “scientific” characteristics of species is that notion of “poor” soils; poor to whom? From where?

I like to think about the possibilities that grasslands show us (educational, for example), and that when faced with “poor soil”, people might be able to carry out transformations where we can contribute through its valorization and regeneration. That with care for our surroundings – whether grasslands, or underused concrete areas or uncultivated sites -, we might understand that it is
the ideal soil for the growth of the forest in which we would like to inhabit.

[3] Bosque Pehuén Park’s Flora: A Contribution to the Knowledge of the Andean Montane Forests in the Araucanía Region, Chile

Emiliano de la Maza (1982, Chile) Industrial designer and educator of sustainability, he has oriented his work towards the field of regenerative design and socio-environmental innovation in urban and rural settings. De la Maza has over 7 years of experience in the public and private sections, in project management for environmental education and citizen participation, both nationally and internationally. He is the founder of the NGO PlantaBanda, dedicated to innovation and education methodologies for sustainability at the territorial and community level. Recently he participated as a guest artist in the XIII Biennial of Arts in Havana for the curatorial project Semilleros, a mediation project on educational gardens carried out in a school in Old Havana. He currently collaborates with the program “Huerta Escolar” (School Garden) in the Museo de la Solidaridad Salvador Allende (MSSA).

The collage featured in this article was created by María José Garcés. 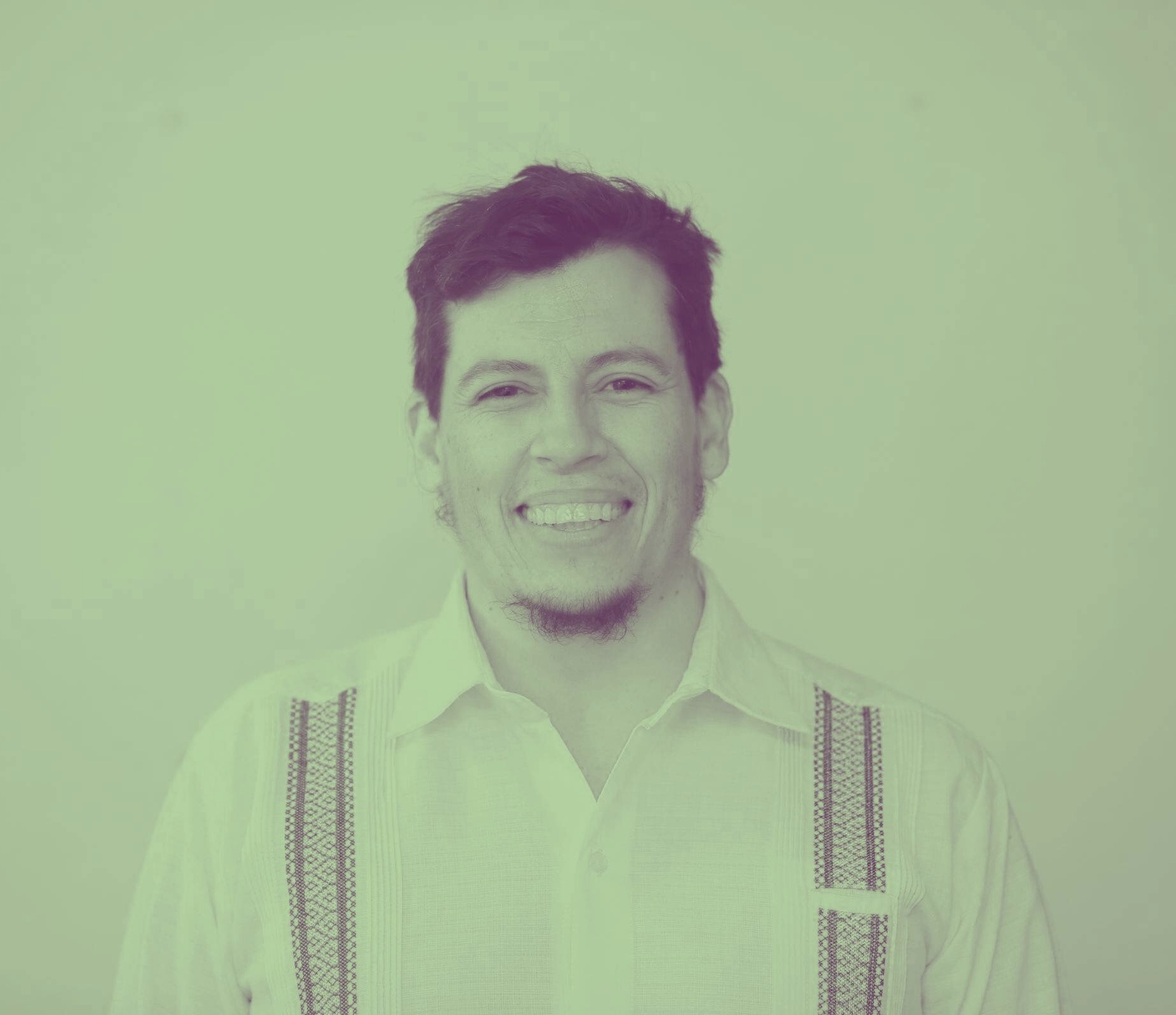