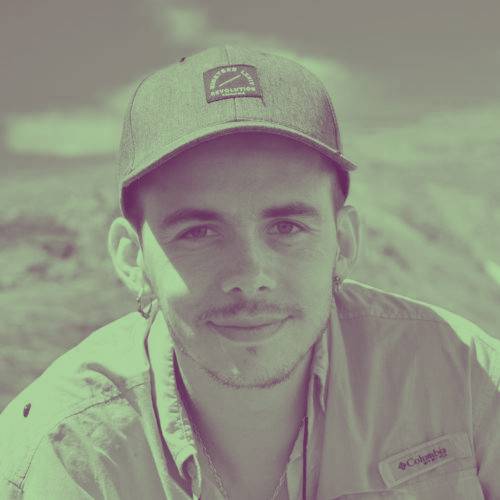 Privately protected areas (PPAs) have been internationally recognized by scientists and experts as an important conservation strategy to face the current global biodiversity crisis. In this scenario, the development of private conservation initiatives in accordance with international standards and in collaboration with public efforts appear to be vital for the protection of our ecosystems.

Their importance is increasingly being recognized at an international scale, yet within the context of Chile they only begin to gain momentum in the early 90s when a series of initiatives began to arise, in a somewhat random manner and predominantly in the Patagonia, for as to collaborate with efforts that had been up until that moment left solely in the hands of public systems. Despite their relevance and the time that has passed since, it is only now that our country takes its first steps in strengthening these initiatives. However, private conservation still faces many challenges, specifically in terms of promoting legal and financial incentives and possibilities, as well as further support and cooperation on behalf of the public sector. In spite of multiple PPAs existing around the world, it continues to be a largely hidden conservation resource, and its impact and value does require a stronger public-private collaboration for these individual citizen-led initiatives to truly contribute at a larger scale.

The International Union for the Conservation of Nature (IUCN) defines a protected area as “a clearly defined geographic space, recognized, dedicated and managed, through legal or other effective means, to achieve the long-term conservation of nature with associated ecosystem services and cultural values.” In other words, protected areas are managed and regulated in order to achieve specific long-term conservation goals, with varying forms of governance and management strategies, including: governance by government, private governance (individual or group of individual landholders, NGOs, universities, cooperatives or companies and corporations), by indigenous peoples and local communities, or by way of shared governance.

According to the latest UN Frontiers Report, maintenance and restoration of ecological connectivity in wild areas is thought to be one of the main global challenges that need to be addressed in order to help stop the loss of biodiversity. In this context, PPAs can become major contributors of landscape connectivity –a driving force when having to decide where to develop them –in two major ways: first, by serving as biological corridors, acting as fringes connecting two or more protected areas that were not previously connected (in this way a PPA can, for example, increase the area of a national park or connect two protected areas); second, it can act as a stepping stone, which is when a protected area is used by wild animals to rest, hide or feed (but not reproduce), while moving from one place to another.

There are numerous international examples that demonstrate how private conservation can be a fundamental contribution to the protection of biodiversity and geodiversity, as well as the protection of habitats and endangered species. In countries such as Australia, Brazil and South Africa, PPAs are an important part of national conservation strategies, because these countries recognize their ability to fill important gaps in national protected area systems in terms of geographic coverage, ecological representation and connectivity.

For example, Brazil has been a pioneer country in Latin America when it comes to the creation of private reserves and PPAs even as they do not receive financial support from the State. These areas have been strategically established in ecosystems that are underrepresented in national systems, which makes them great contributors to the conservation of Amazonian biodiversity. In turn, they have become worldwide icons in the conservation of the golden lion tamarin monkey (Leontopithecus rosalia). Similarly, in South Africa there are more than 5,100 PPAs, which makes for 35% of the total area under protection in this country, constituting a source of economic sustenance for many local communities.

A very interesting case is that posed by New Zealand, where on the one hand the government, through an independent entity, provides the legal framework and technical support necessary for the development of private conservation; and on the other hand, the commitment to conserve nature has become so widespread in New Zealanders, that is has resulted in an unprecedentedly high amount of privately protected areas. Moreover, private conservation agreements and conservation easements are seen by those who are engaged in them as alliances and opportunities, and not as restrictive contracts, despite the fact that they prohibit the development of infrastructure, extractive activities, or any type of project that is not related to conservation of the particular site.

Chile has a large and growing number of areas under private protection that have yet to develop in their full potential and one might argue that this can be attributed to the fact that the Chilean government has yet to instill a legal framework or official State recognition for PPAs. Currently, the only way for a private entity to officially conserve an area, is by declaring it as a Natural Sanctuary or implementing the newly created Derecho Real de Conservación (similar to Land Trusts in the United States). Moreover, any initiative that even partially protects the biodiversity of a territory and that is not in the hands of the State, can call itself a privately protected area, even though few of them comply with the necessary requirements to ensure an effective contribution to conservation.

Therefore, the recent publication created by Así Conserva Chile and Tierra Austral Estándares para la conservación privada en Chile (Standards for Private Conservation in Chile) is a significant development, as it provides a reference framework including standards and definitions that will give way to better evaluation methods of a PPAs performance and operation. Defining these standards may also prove important in the future to generate more up-to-date PPA analyses in Chile and facilitate conservation planning at the national level as well as orienting public policies, such as effective allocation of resources for conservation.

Chile is a part of the Convention on Biological Diversity (CBD) pledging itself in front of the international community to comply with the Aichi Biodiversity Targets. Among these, Target 11 is worth emphasizing, as it establishes the minimal parameters for countries that are part of the CBD to ensure their PA systems guarantee the conservation of biodiversity.
According to the latest report on the different ecosystems across the country carried out in 2018 by the Chilean Ministry of Environment, Chile does comply with coverage parameters established in Target 11. Nevertheless, there is still much work to be done in terms of ecological representation and connectivity, which cannot be fulfilled solely with public protected areas due to the limited availability of publicly owned lands and the implied high cost of acquisition of new lands for conservation. For this reason, PPAs become a great opportunity to complement and improve Chile’s national system of protected areas.

According to the latest official census conducted, there are a total of 310 Private Conservation Initiatives (ICP being its Spanish acronym, is a concept that brings together, without distinction, areas under private protection and community protected areas) in Chile, most of them (60%) turned out to be rather small, that is, with an area of less than 200 hectares, although together they constitute 1,669,151 hectares (Nuñes-Avila et al. 2013). Regarding the contribution of the ICPs to ecological connectivity, some agree that as a whole they do contribute to closing the gap as established in Target 11. Thus, when analyzing the system in general, the ICPs statistically improve connectivity, but when each is analyzed individually, these only ensure a significant contribution when they are connected or in close proximity to a larger PA or if they are large properties of land.

Another interesting fact is that the distribution pattern of ICPs throughout the country is very similar to the distribution of the units that make up the National System of Protected Wild Areas (SNASPE, its acronym in Spanish) administered by the National Forest Corporation of the State. That is, the largest number of ICPs happen to be in the southern most regions of Chile and highlands, mainly in the Andean mountains, leaving the north and central regions of the country –which contain the highest levels of biodiversity and endemism– with few to none mechanisms of protection, both public and private.

However, there are some private examples that make a big difference in improving the representation of ecosystems, such as the Altos de Cantillana Natural Reservation that protects 12 thousand hectares within an area declared a number one priority for the conservation of biodiversity in the Metropolitan Region; as well as the Parque Hacienda el Durazno located in the Coquimbo Region in the north of Chile, where about 7 thousand hectares are protected as a transition area between the desert and the Mediterranean region, which is not only crucial in terms of biodiversity, but also of ancient nomadic communities that live in harmony with that territory.

Therefore, there are numerous instances of private conservation that make for an effective contribution to conservation and that should be recognized and receive both technical and financial incentives. Receiving sufficient sources of financing is key to ensure the effective management of any protected area. Unlike Australia and South Africa, PPAs in Chile do not receive financial support from the public sector, either in the form of subventions or tax exemptions. Additionally, none of the laws that regulate private donations in Chile take into account the protection of the environment. Consequently, any donation made by a private company or conservation towards conservation projects is considered a rejected payment by the Internal Revenue Service and therefore must pay 40% in taxes for that transaction.

In other words, the State neither provides economic incentives for conservation, nor are there incentives for private investors to do so. This situation seems even more surprising when contrasted with the economic benefits that SNASPE, PPAs and priority sites for conservation can provide in terms of ecosystem services, which according to an evaluation from 2010 reach up to 2 billion dollars a year at least.

PPAs in Chile are becoming progressively relevant, but in order to achieve their full potential, public-private collaboration is key as well as having a solid legal framework that facilitates this relationship, which makes the approval of the Biodiversity and Protected Areas Service (SBAP as per its acronym in Spanish) increasingly urgent.

Escobar, A. (2019). Private Protected Areas and Ecological Connectivity. The University of Queensland.

Álvaro Escobar. Bosque Pehuén Forest Ranger, Fundación Mar Adentro’s Privately Protected Area. He holds a bachelor’s degree in Forest Engineering from Universidad Católica de Chile and holds a Masters in Natural Resource Management and Conservation from the University of Queensland. Over the past years his work has been closely related to privately protected areas, as he first became a park ranger coordinator in the Altos de Cantillana Nature Reservation, then he wrote his graduate thesis on privately protected areas and ecological connectivity, and currently manages conservation monitoring strategies in Bosque Pehuén located in Araucanía Region in the South of Chile.